How to Measure Brine Concentration

Why Brine Concentration is Critical to Application Success

What is brine and how is it used?

Brine is a solution of salt and water; the term may refer to concentrations of about 3.5% up to 26%, at which point brine is considered fully saturated. Brine has a wide range of applications, including deicing of roads, food production and preservation, and industrial refrigeration. Application of salt brine to roads prior to winter storms has become increasingly popular in recent years as a preventative measure against freezing snow, ice and black ice formation. Salt brine is effective at keeping roads clear during winter weather conditions, because it prevents ice from bonding to road surfaces. Experts recommend a brine solution of 23.3% for road deicing applications due to this solution’s relatively low freezing point of -6°F. By contrast, brine used in food production and processing is often far less concentrated. For example, in the production and canning of grape leaves, concentrations of 3.5% to 10% have been recommended.1

The concentration of brine called for in different applications varies widely. However, in many cases brine concentration accuracy is critical to the success of an application. Taking deicing as an example, sub-optimal brine concentration could reduce the effectiveness of pre-treatment of roads before a winter storm – especially in exceptionally cold temperatures. This may lead to ice and black ice formation on roadways, creating dangerous driving conditions. Municipalities often combat these conditions by applying solid rock salt, but an effective pre-treatment would reduce the labor hours and raw material use associated with rock salt application after a storm. Estimates of cost savings associated with effective salt brine pre-treatment range from 5% to 30% annually.

Brine concentration can also be critical to food production and preservation. One study examined the effect of different brine concentrations on fermentation of naturally black olives. Different salt concentrations were found to produce different microbiological outcomes, with certain bacteria preferring more concentrated conditions and others preferring more dilute conditions.2 The biological compounds produced by bacteria during fermentation had a significant impact on the taste of the olives produced, with panelists recommending the olives fermented in a 6% brine solution.2 These results suggest that food manufacturers could benefit from informed control over the concentration of their brine supply to achieve a well-preserved product with consistently high quality taste.

The Importance of Measuring Brine Concentration

How brine is made

Traditionally, brine is manufactured at various concentrations by relying on a formula that relates the amount of water and salt added to the concentration of brine that will be produced. However, concentration accuracy and maintaining concentration accuracy have been cited as some of the primary challenges to brine manufacturing. Municipalities, industrial food processors, refineries, chemical plants, and other operations often rely on industrial brine making systems to provide the large volumes of brine required for their applications. Some industrial briners produce concentrated brine, which is subsequently diluted to the desired concentration; others produce brine at a pre-determined concentration. Some systems use sensors to measure the water, salt, and brine levels to verify that the correct ratio of components has been added. No matter which approach is taken, it is important to ensure that the briner is producing the target concentration. If the brine produced is outside the target range, it could signal an issue with the brine maker. Brine that is too concentrated or too dilute may need to be adjusted before use in some applications.

How to Measure Brine Concentration

Conductivity can be measured using either contacting or toroidal sensors. Contacting sensors are directly exposed to solution, with an AC waveform being passed from one contacting surface, through the solution, to the next. In brine measurement applications, it is important to select a contacting conductivity sensor with a high enough cell constant.

Toroidal sensors operate using an inductive two coil system encapsulated in a thermoplastic housing. Toroidal systems provide the advantage of being very low maintenance; because the conductive coils are not directly contacting the sample, coating and build up is greatly reduced or even eliminated. With contacting sensors, build up on the sensor surface eventually produces measurement inaccuracy, which necessitates sensor cleaning and downtime.

Another advantage of toroidal conductivity sensing is the ability to accurately measure across a wide range of concentrations. In particular, it becomes difficult to measure high concentration solutions with contacting sensors. Consequently, for road maintenance brine applications in particular, toroidal sensors are a great choice. 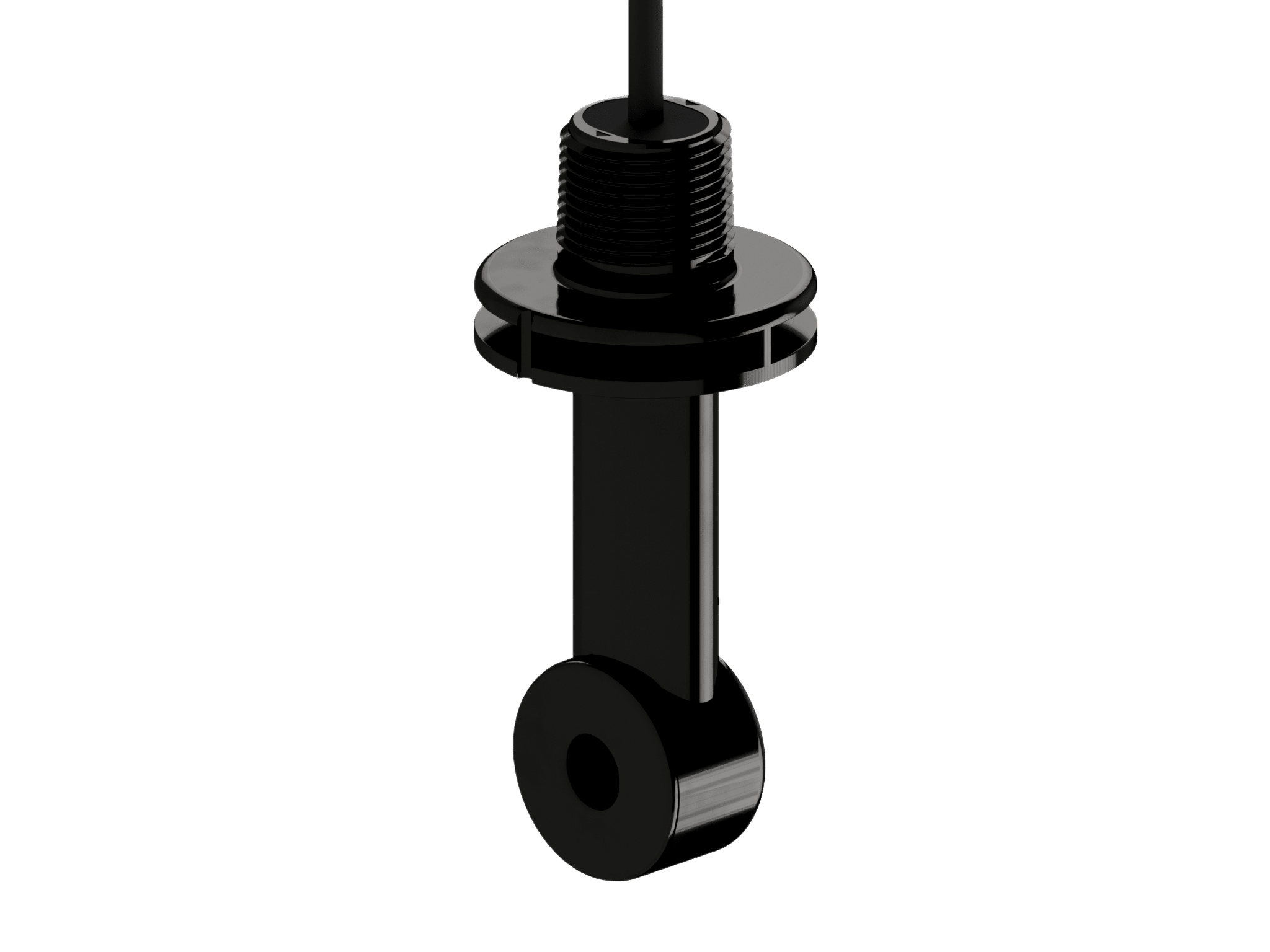