How to Remove Chlorine From Water

For instance, the fact that chlorine is highly effective as a disinfectant makes it dangerous when too much is consumed. While chlorine will get rid of some of the unhealthy bacteria in your gut, it will also destroy the good bacteria in the intestines. For this purpose, it’s also believed that significant exposure to chlorine may lead to the development of bladder and rectal cancer. Some of the other dangers of having too much chlorine in water include an increase in food allergies, potential birth defects, and toxic properties.

There are many advantages and disadvantages that come with using chlorine. This substance is used for the disinfection of swimming pools and drinking water, which is useful when attempting to keep water clean. Chlorine is also used during the paper manufacturing process in order to bleach the paper white. The issue with chlorine is that the substance can be toxic, which may result in throat swelling and other health concerns. When chlorine exists as a gas, it’s highly toxic and can be very damaging to the body if inhaled.

If you’ve been looking for the right swimming pool for your home, you may have considered chlorine pools, which do have some advantages over salt water pools. However, it’s important that you understand the dangers of chlorine before having this type of pool installed on your property.

This article goes into greater detail about the proper chlorine levels for drinking water and what you can do when too much chlorine is present in your water.

What Are Safe Levels of Chlorine in Drinking Water? 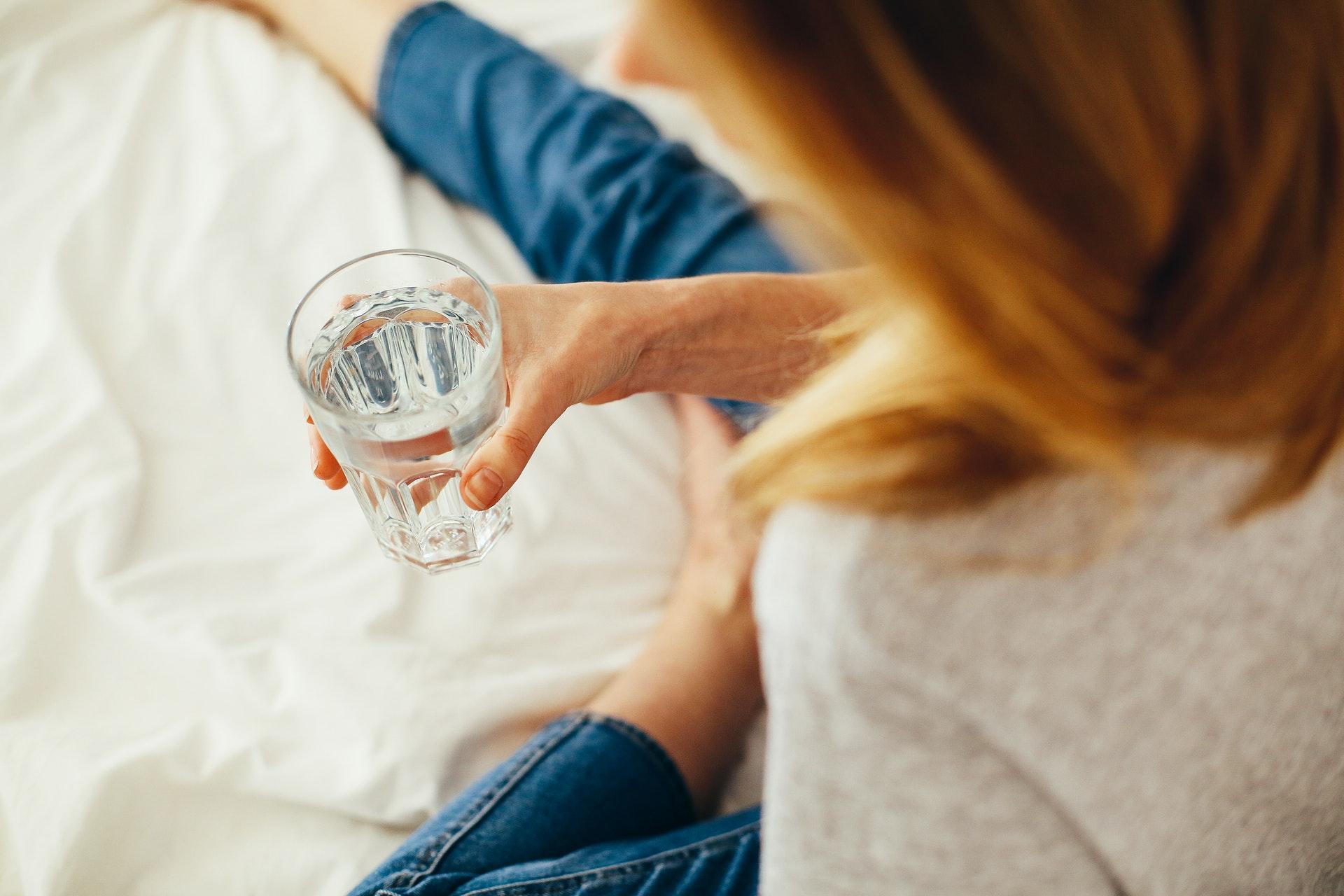 You can find out more about the safe levels of chlorine in drinking water at this link. If the amount of chlorine in your drinking water exceeds these levels and you happen to drink too much of the water, there are some consequences that will invariably occur, which can negatively affect your health.

The Dangers of Chlorine in Drinking Water 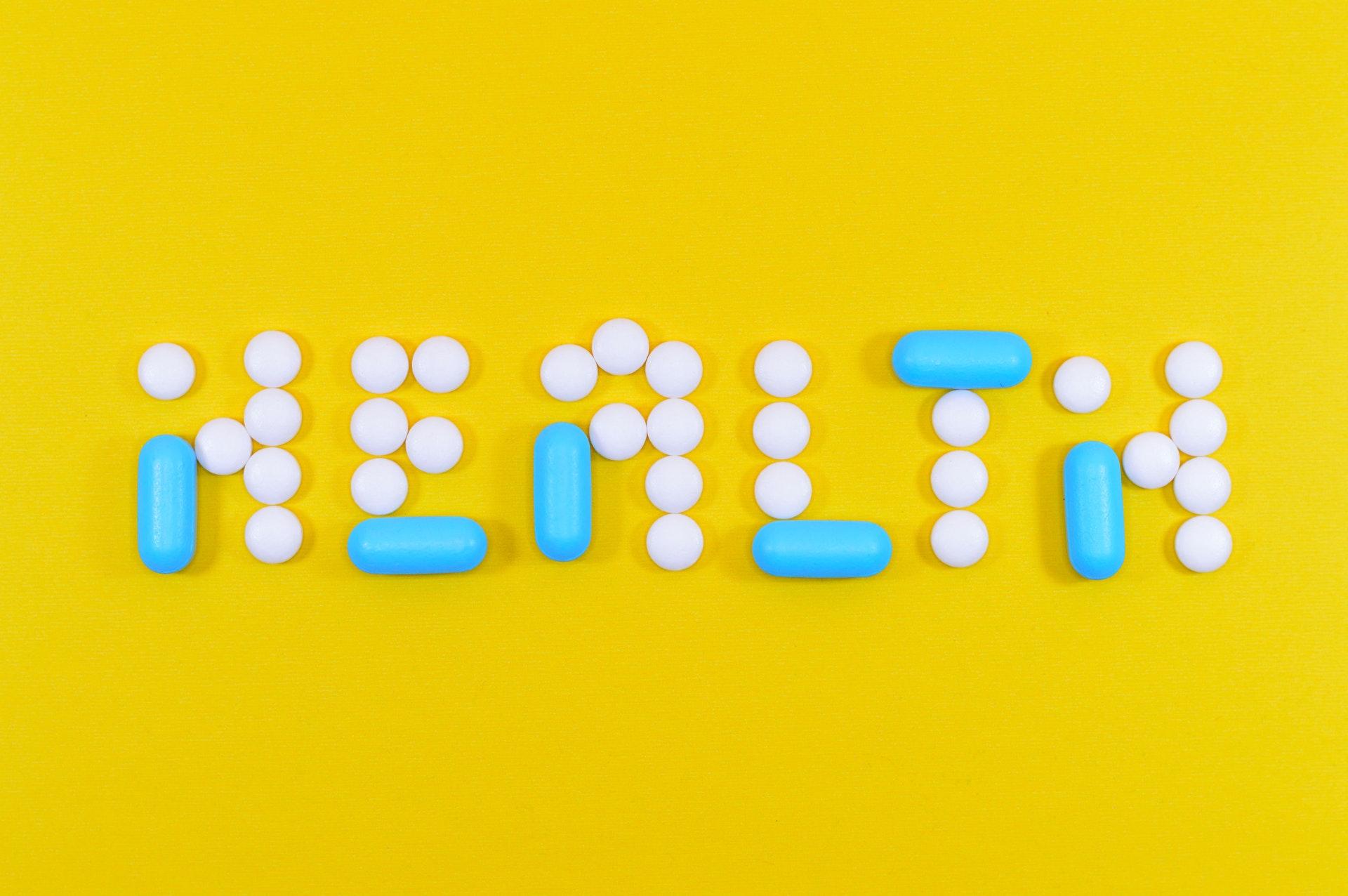 Chlorine is a very potent chemical, which is why it’s commonly used for the purpose of disinfecting drinking water and pool water. Keep in mind that drinking water with high amounts of chlorine won’t automatically lead to severe health problems. It’s only when you drink chlorinated water for prolonged periods of time that you can begin to experience some adverse health effects.

The various effects of drinking water with high amounts of chlorine include:

When it comes to bladder cancer, the EPA directly established max contamination levels for chlorine in water because of how many cases of bladder cancer resulted from the THMs in tap water. Nearly 17 percent of bladder cancer cases resulted from drinking water with too much chlorine in it. Keep in mind that THMs are byproducts of chlorination. With breast cancer, women who suffer from this disease have around 50-60 percent higher levels of chlorination byproducts within some of their fat tissue when compared to women who don’t suffer from breast cancer.

The nervous system effects of drinking chlorinated water for a lengthy period of time primarily occur among younger children and infants. These effects could also occur in pregnant women. A small selection of individuals may experience anemia as well. When it comes to miscarriages, it’s been found that chlorination byproducts can negatively affect the reproductive system, which could result in a wide range of reproductive problems and miscarriages. The miscarriage rate of women who drink at least five glasses of water containing over .075 mg/l TTHM is around 15.7 percent, which is decidedly higher than the 9.5 percent of women who experience miscarriages with hardly any exposure to TTHM. 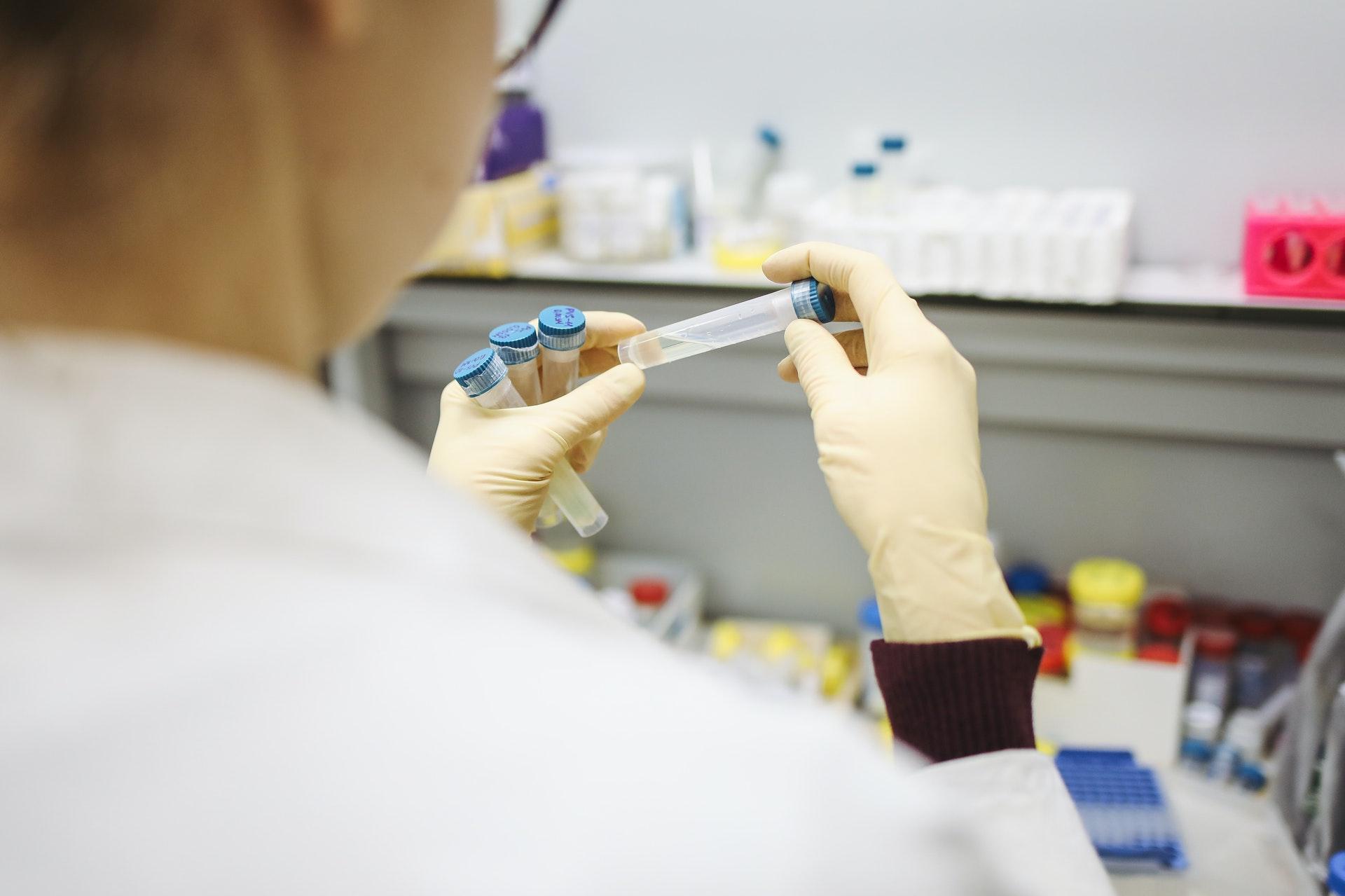 There are three methods that have proven to be very effective at removing chlorine from water. The method that you choose depends entirely on which method you might prefer. The three methods of removal include:

Removing chlorine through evaporation is a slow yet effective technique that’s designed to disperse chlorine. On the other hand, water filtration works by using reverse osmosis, which can remove chlorine as well as a wide range of additional impurities from drinking water.

When used properly, the filtration method purifies the water of nearly every impurity. If you opt for chemical purification, the addition of certain chemicals into the water will neutralize the chlorine. While it might seem dangerous to add other chemicals to the water, they will simply evaporate away once they’ve neutralized the chlorine in the water, which ensures that the water remains healthy and purified. 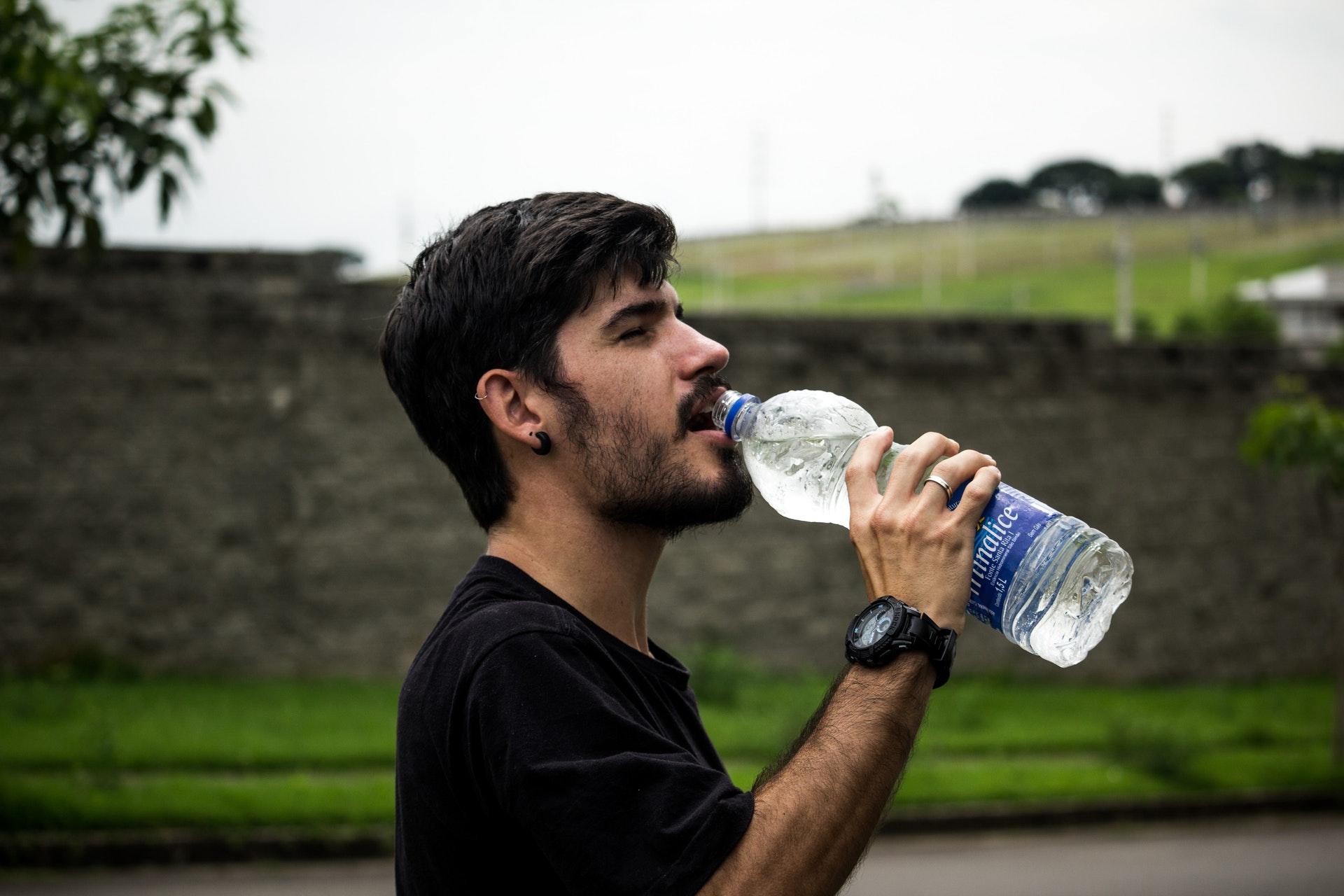 Among the easiest ways to get rid of chlorine in water is by using the evaporation method. Because chlorine is considered to be extremely volatile, it will evaporate without much issue. If you don’t want to spend money to get rid of chlorine in your water, the chlorine will eventually evaporate if you simply leave the water to stand. While this option is nearly as effective as filtration, it’s much more time-consuming.

You might want to consider removing chlorine by filtration, which can be done with the use of many different systems. The vast majority of water filtration systems work by using a process known as reverse osmosis, which uses a permeable membrane to get rid of any particles, ions, or impurities in the water. When water passes through the membrane, the chlorine and contaminants that are in the water will be left behind.

While many reverse osmosis systems are designed to be used for industrial purposes, there are also some systems that can be installed in the home. This particular method of removing chlorine is ideal because of how effective it is. Along with automatic operation, the water is softened following the completion of the filtration. The only issue is that the system will need to be installed, which can be complicated. The process takes only seconds to complete. Once water passes through the membrane, it will no longer contain chlorine or harmful contaminants.

The third and final option for removing chlorine from water is chemical neutralization, which involves adding more chemicals to the water in order to get rid of any chlorine. Likely the best chemical to use for chemical neutralization is potassium metabisulfite, which comes in the form of small tablets. Once the tablet dissolves in the water, it will effectively neutralize the chlorine before evaporating.

This particular form of removing chlorine from water is considered to be among the most potent around, which is why it’s commonly used in wineries and breweries. This technique is effective at eradicating chloramine and chlorine. A single tablet of potassium metabisulfite can get rid of chlorine in 20 gallons of water, which means that the process is relatively inexpensive. The process also works quickly and should be able to get rid of chlorine in a matter of minutes.

Why is Chlorine Added to Drinking Water? 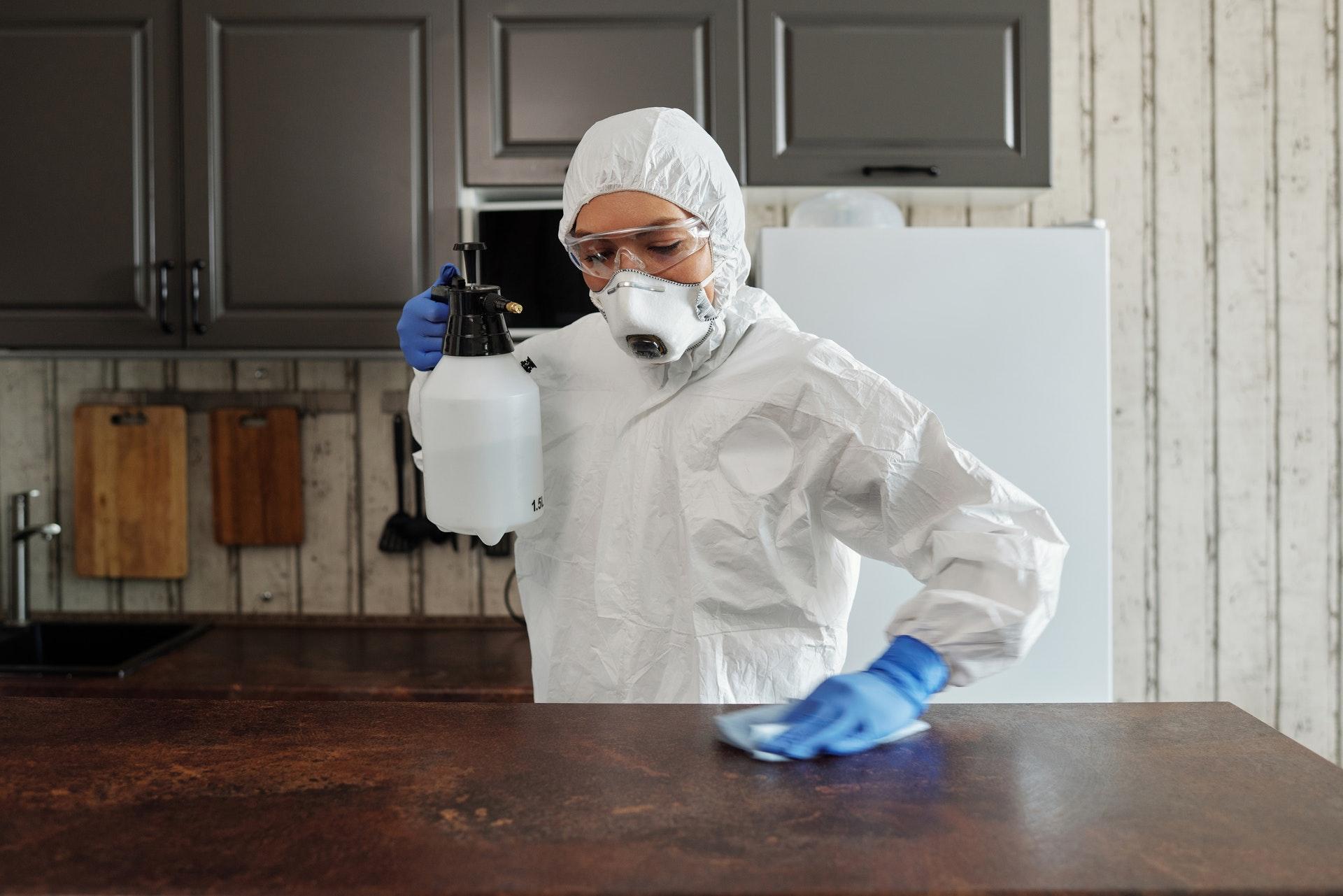 Chlorine is added to drinking water for the same reason that it’s added to any water supply. Once placed in the water, chlorine is able to act as a disinfectant, which results in viruses, bacteria, and protozoans being removed from the water. As such, the water will be effectively purified and safe for you to drink. While the EPA mandates that drinking water should never consist of more than four milligrams per liter of chlorine, you can further protect your family and yourself by measuring the drinking water to test for certain chlorine amounts.

By measuring the levels of chlorine in your drinking water, you can be certain that chlorine levels are never too high. Likely the top sensors for this are oxidation reduction potential sensors, which can provide you with accurate readings and tell you how much chlorine is currently in your drinking water. If ever you find that the chlorine levels are too high, any of the removal methods mentioned previously should help you get rid of all chlorine in the water. When these removal techniques have been implemented, the water can be tested again to make sure that it was effective. 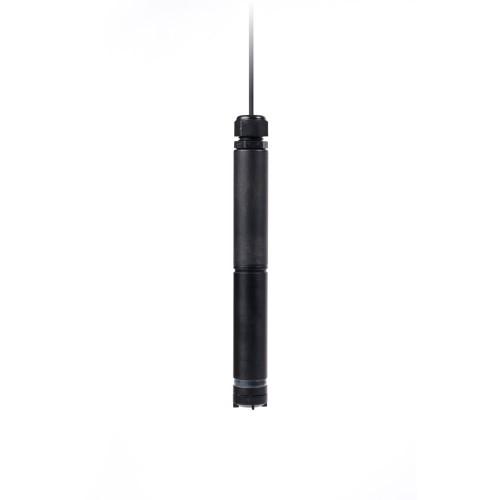