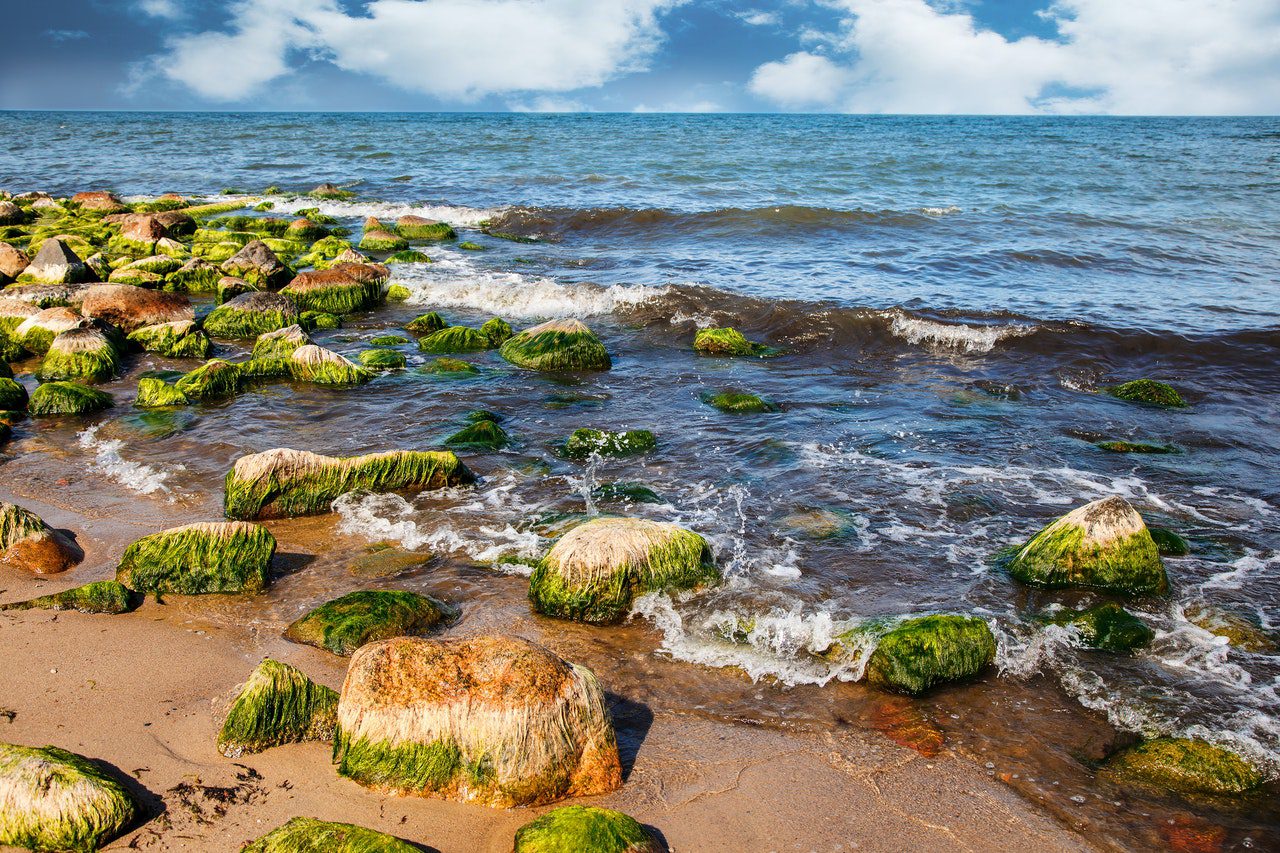 In many cases, nitrogen pollution will result in a problem known as eutrophication, which is the dense growth of algae on different bodies of water. It’s important to understand that algae are able to produce dangerous neurotoxins that have proven to be harmful to humans, livestock, and aquatic animals. In the event that people eat fish that have consumed algae, the possibility of respiratory diseases as well as other serious health problems increases.
Once algae in rivers and lakes start to decompose, this process will use up a considerable percentage of the oxygen in the water, which means that the aquatic life is no longer receiving the oxygen they need to survive. Over time, it’s possible for some of the aquatic life to suffocate. Oxygen monitoring is often used to ensure water quality has not been excessively damaged.

While there are some relatively inexpensive solutions that industrial plants and facilities can use when they want to treat water, the costs associated with treating water that contains increased levels of nitrate are exceedingly high. Environmental conservation facilities and government institutions have had to pay high costs to treat water to the point that the water was safe for plants, animals, and human consumption.
The reason that water treatment costs are high when it comes to removing nitrate from water is because the inexpensive boiling technique isn’t enough to get rid of nitrate. Instead, more expensive solutions like ion exchange, reverse osmosis, and distillation are necessary.

Likely the most serious threat to the environment is the decreasing biodiversity levels that have occurred and will continue to occur because of how much excess nitrogen is in the atmosphere. In 2010, studies took place in Europe that proved that the ecosystem has high exposure to many different types of nutrient pollution, which makes it more difficult to conserve animal species and plants.
Once nitrogen levels become too high, livestock, plants, and wildlife are directly exposed to harmful pollutants that worsen their lifecycle and create ongoing problems with the food web. Keep in mind that there are also a wide range of additional problems that are exacerbated by excess nitrogen and are known to lead to worse biodiversity. These problems include eutrophication, acid rain, and air contamination.

4. Increase of the Greenhouse Effect 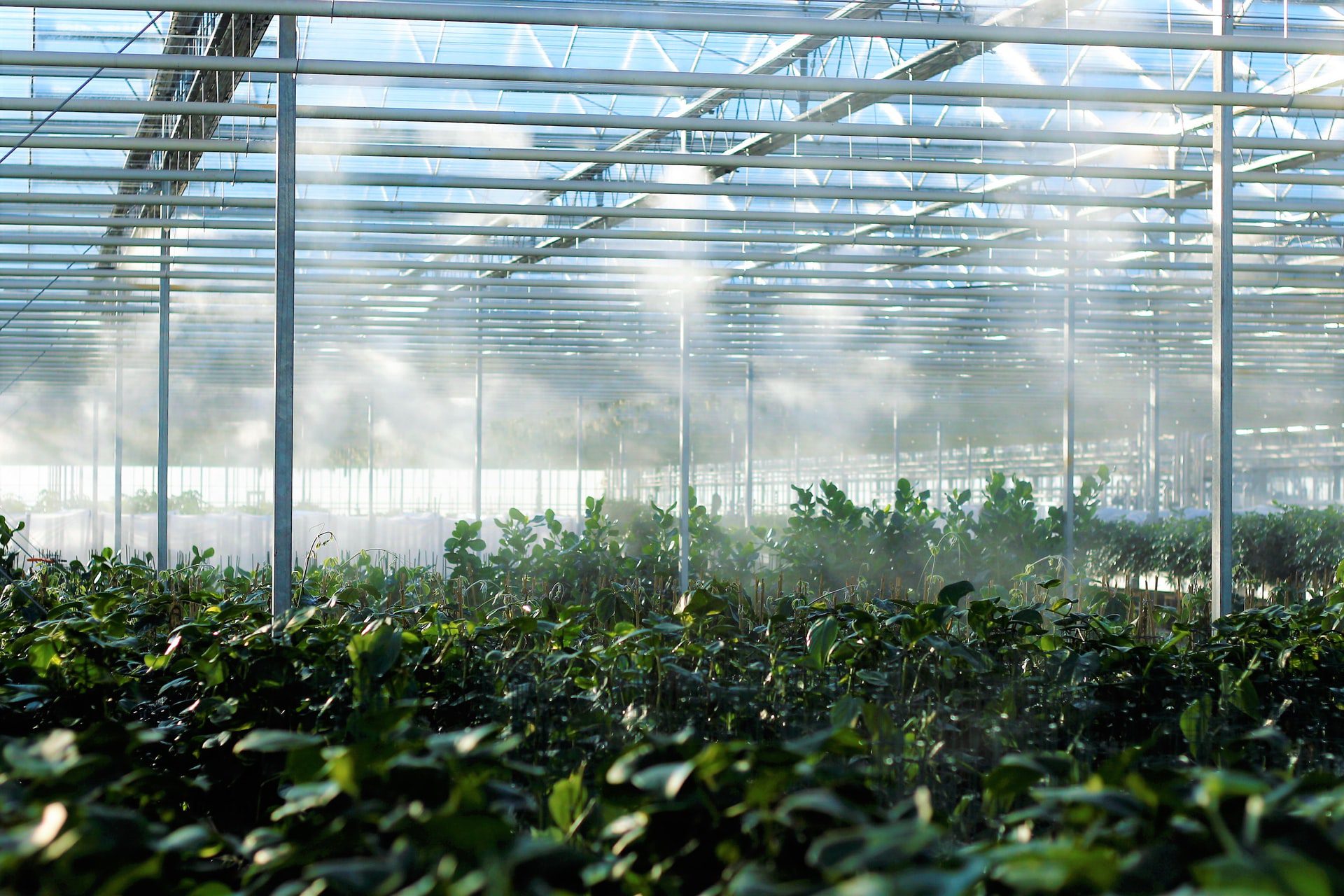 Solar energy that comes from the sun is meant to first penetrate the atmosphere before eventually rising into space. Excess nitrogen creates problems with this process. The presence of nitrous oxides, as well as high levels of other natural gases within the earth’s atmosphere, puts limits on how much of the sun’s heat goes back into space.
Some of the solar energy will be absorbed by the greenhouse gases in the atmosphere, after which they will be released back to the earth’s surface. It’s because of this process that the greenhouse effect is intensifying and getting stronger. This effect causes global temperatures to rise, which threatens wildlife, plant life, and human health.

Photochemical smog is a type of air pollution that occurs when heat rays from the sun interact with nitrogen oxides as well as other gases that enter the atmosphere when fossil fuels combust. The presence of smog is known to directly increase the risk of serious health problems and complications like colon cancer, allergies, lung diseases, and heart problems.
This specific issue takes place when fine matter particles are released into ground-level ozone. Even if the smog isn’t immediately noticeable, it could still be present in the air and will pose a threat to the environment as well as the people who live in it.

6. Decrease in Revenue for Fish Farming

Fish farming is becoming increasingly difficult with each passing year. As mentioned previously, high levels of nitrogen cause rapid development of algae in different bodies of water. If left untended, algae will eventually begin to decompose, which is a process that can create problems for all kinds of aquatic life. In fact, algal bloom is currently the leading cause of dead areas in bodies of water that contain no fish. These areas are useless for fish farming.
When algae begin to decay, a large amount of oxygen in the body of water will be directly consumed during the composition process, which means that the fish and other aquatic life that require oxygen to survive could suffocate. If this process takes place, fish farmers have reduced access to different species of fish. Various algae species like the red-tide algae and blue-green algae are able to release neurotoxins that can be dangerous to fish.
If sizable dead areas exist in a body of water, the variety of fish that farmers have access to will lessen. In the event that the overall demand for freshwater fish rises during this time, fish farmers may be required to import in order to meet demand, which would lead to higher costs in this industry. To ensure oxygen levels are adequate, dissolved oxygen monitoring is critical. 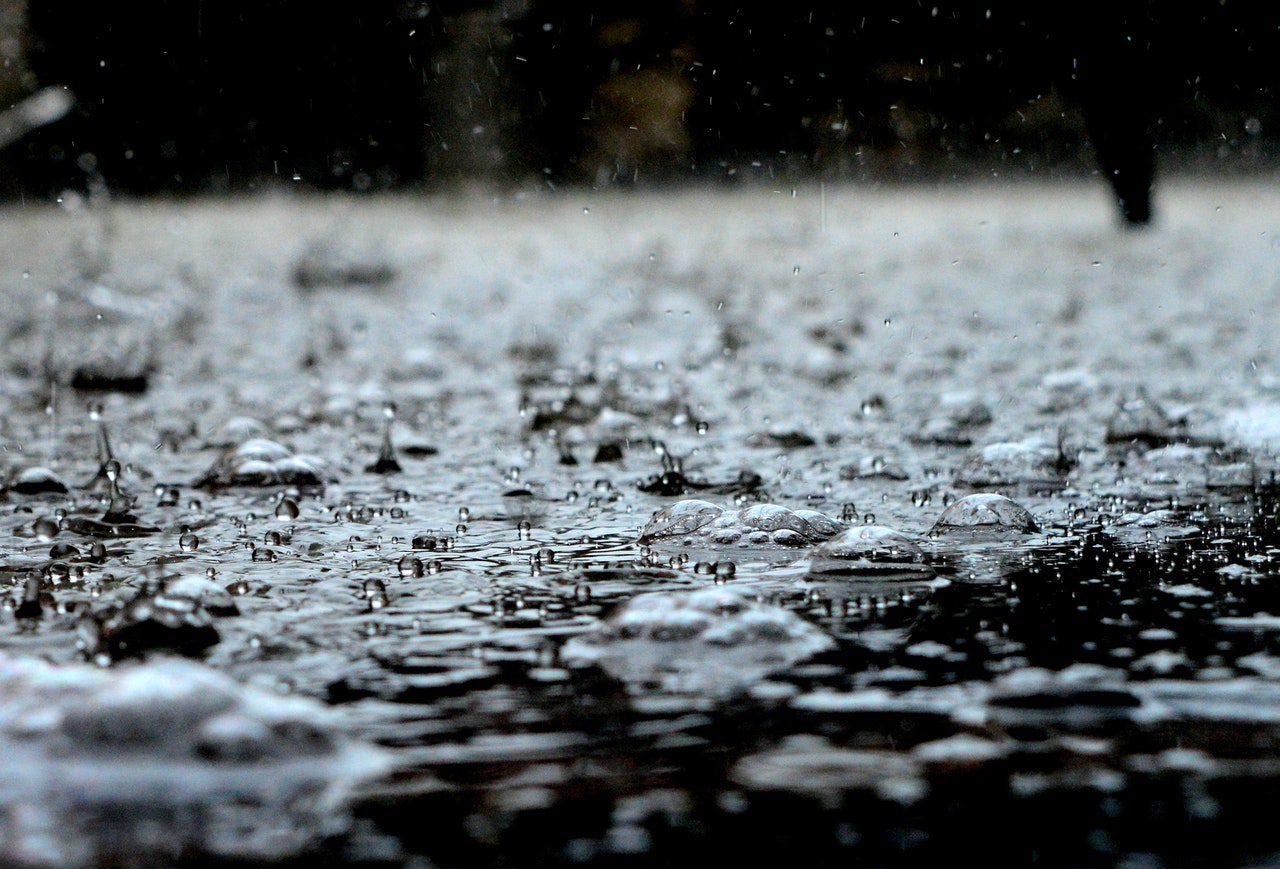 In any area where farming occurs on a frequent basis, it’s common to identify high nitrogen levels in underground water, which is an issue that’s caused by water runoffs that create soil infiltration. Most underground water applications occur in residential homes, which means that people could consume groundwater that has been contaminated by fertilizers with high nitrogen concentrations.
Reports from places in the world that use high amounts of nitrogen-based fertilizer have found that drinking water contains much more nitrogen content than was initially anticipated. When someone drinks water with excess nitrogen, they will be at an increased risk of various types of cancer, organ damage, and possibly organ failure. Because of how harmful it can be to drink water with elevated levels of nitrogen, it’s recommended that you occasionally measure your drinking water for contaminants.

When precipitation occurs, any excess nitrogen oxides in the atmosphere will react with sulfur oxide and oxygen molecules to produce acid rain. It’s important to understand that nitric acid rain can cause damages to aquatic animals, aquatic plantations, livestock, plants, and infrastructure. When this rain reaches aquatic habitats, it’s possible for it to negatively affect breeding since the egg hatching process will no longer occur in optimal conditions.
Even when the egg hatching process takes place without issue, young species might not survive. Feeding can also become more difficult depending on which plants the fish in the water feed on. Certain aquatic plants are unable to tolerate a high amount of acidity, which would result in these plants dying and the fish not being able to properly feed.
Excess nitrogen is a serious problem that leads to many separate issues throughout the environment. From acid rain to the rapid growth of algae bodies, having extra nitrogen in the atmosphere will invariably damage the environment, which is why it’s important to take steps to reduce dependency on fossil fuels whenever possible. 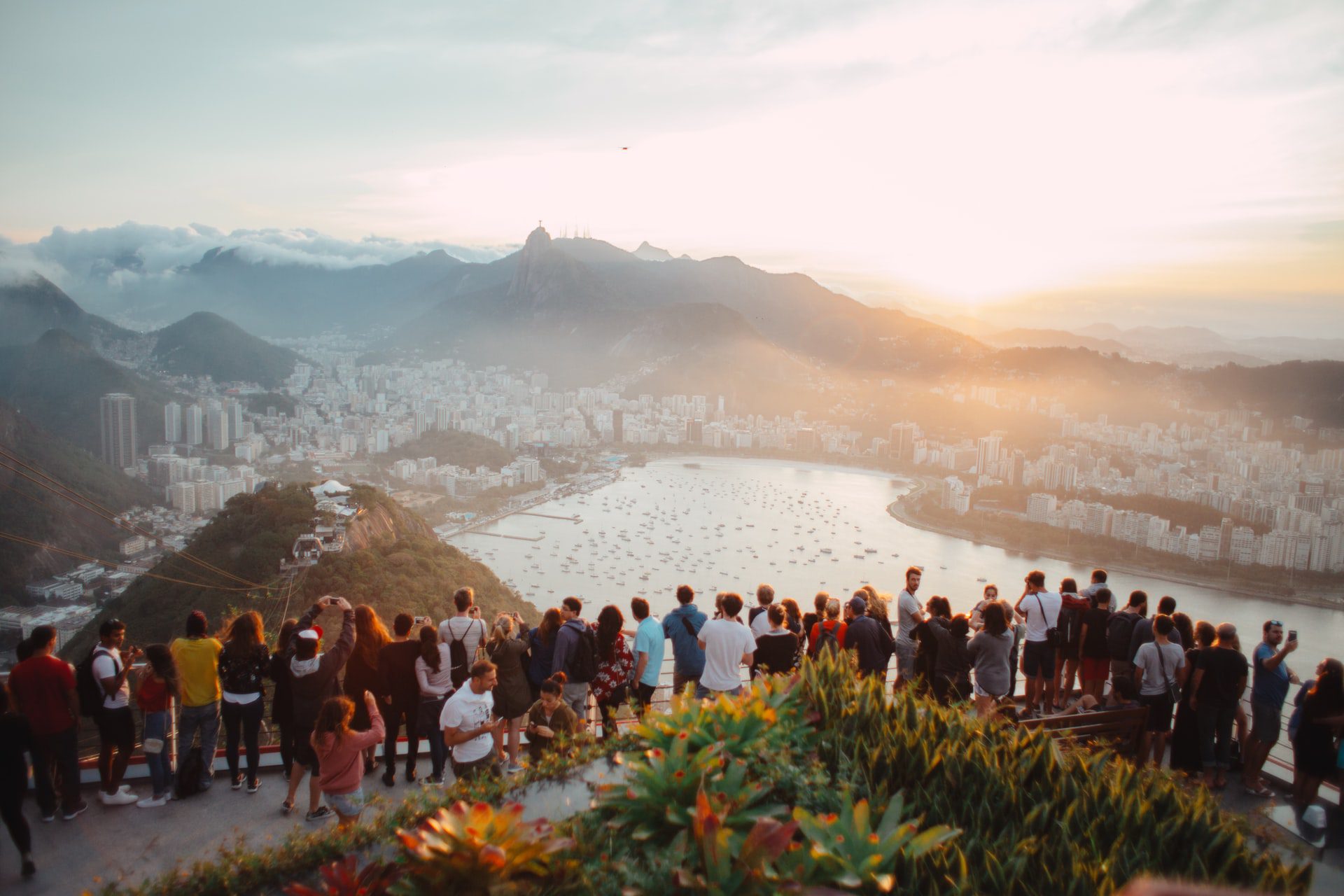 Among the most oft-overlooked threats of nitrogen pollution is the loss to the tourism industry that occurs. Processes like eutrophication and the ongoing degradation of coral reefs lessen the aesthetic aspect of nature, which means that tourists are less likely to engage in activities like deep-sea diving and recreational fishing.
It’s also important to understand that long-term exposure or inhalation of nitrogen byproducts or nitrate-dense water can lead to serious health problems among tourists as well as local residents. Because of these health risks, an overabundance of nitrogen in the environment makes it less likely that tourists will visit these locations and take part in the types of activities that they once enjoyed while on vacation. In the U.S. alone, this issue causes a $1 billion reduction in the tourism sector on an annual basis. 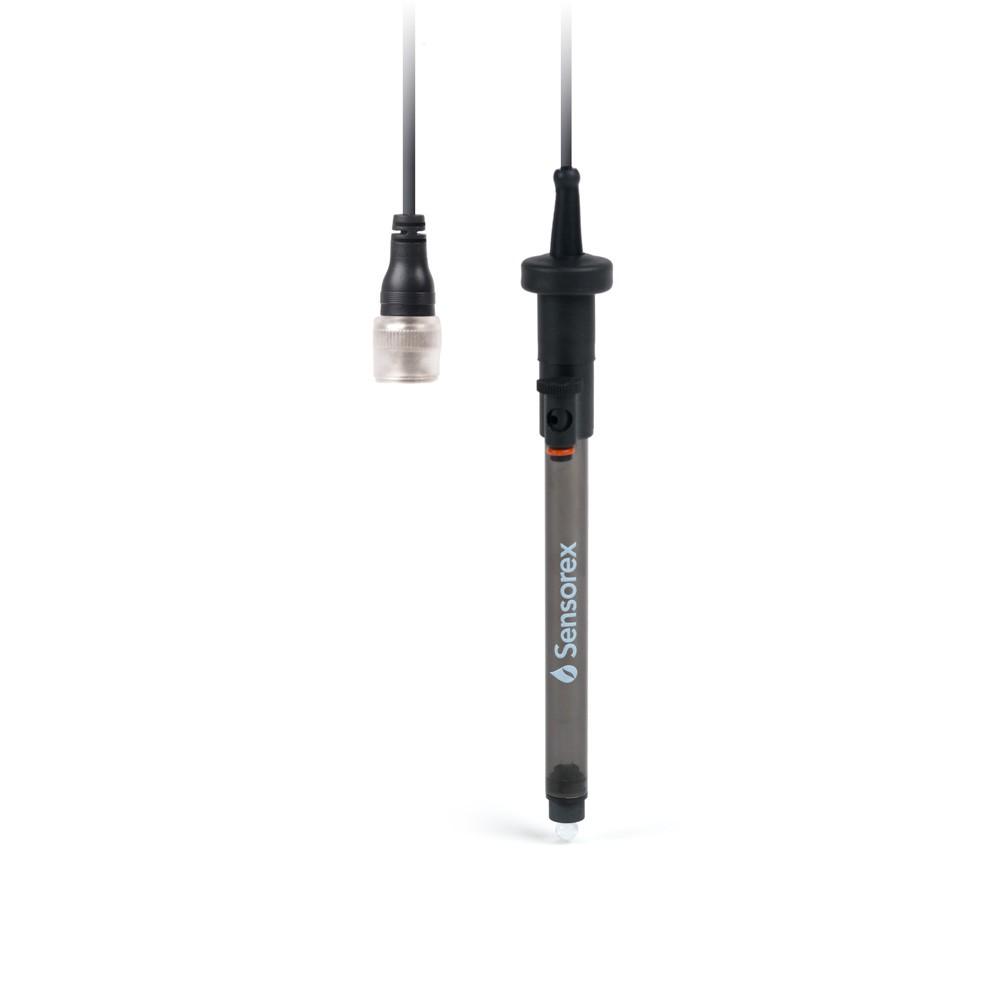 When accuracy and repeatability are critical, such as in pharmaceutical or drinking water applications, the ideal pH electrode will quickly deliver stable measurements. The pH3000 is a…