Fluoridated Water and the Importance of Monitoring Fluoride Levels

Whenever you drink water from a bottle or a faucet, it will contain at least a small amount of fluoride. This is the name that was given to compounds that directly combine the fluoride element with another substance, which is typically a metal. Examples of fluoride compounds include fluoride monofluorophosphate, sodium fluoride, and stannous fluoride. At safe levels, fluoride can be highly beneficial to a person’s health and the condition of their teeth.

Before drinking water is sent to residential faucets, it is first treated in municipal water treatment plants. These plants are responsible for serving the public with clean water, which benefits the community by providing all residents with easy access to potable water. Water treatment facilities mainly focus on getting rid of contaminants in drinking water. In fact, the Environmental Protection Agency requires these treatment facilities to meet specific requirements before being able to discharge water.

Even though water treatment plants focus on getting rid of contaminants, they will also add a small amount of fluoride to the water before it’s sent to residential homes. By adding fluoride to drinking water, everyone in the community will benefit from a certain amount of tooth decay prevention.

While fluoride offers some clear health benefits when consumed at specific levels, these compounds can be unsafe if consumed at high levels, which is why it’s important that you know how much fluoride is present in the water you drink. This article provides you with an in-depth examination of fluoridated water as well as the importance of measuring fluoride levels.

What is Fluoride and Where Does it Come From?

As touched upon earlier, fluoride refers to a specific group of compounds that are made from a combination of the fluorine element as well as another substance. This substance is usually some type of metal. Keep in mind that fluorides can be found naturally in soil and water at different levels. Scientists first discovered the benefits of elevated fluoride levels in drinking water back in the 1940’s.

These studies found that fluoride was able to assist in the prevention and reversal of tooth decay by bolstering remineralization and by getting rid of acid-producing bacteria in the mouth. The remineralization process allows for the enamel on a person’s tooth to be effectively rebuilt even after the initial decay has begun.

Even though fluoride naturally occurs in soil and water, it can be found in an array of different products. Along with water, fluoride is present at notable levels in food, beverages, and certain dental products like mouthwash and toothpaste. Since the dental products that contain high levels of fluoride aren’t swallowed, they shouldn’t create health concerns.

What is Fluoridated Water?

Fluoride is a type of compound that’s naturally released from rocks into the air, soil, and water. Nearly every body or sample of water contains at least some fluoride. However, naturally occurring fluoride is usually at such low levels that it’s unable to prevent tooth decay for the people who consume it. The only bodies of water that are known to have high levels of fluoride include natural springs and groundwater.

Since the time it was discovered that fluoride was able to assist with the prevention of tooth decay, it has been added to municipal drinking water. The water fluoridation process involves adjusting how much fluoride is present in drinking water.

Fluoride levels will be increased until they reach the exact amount that is recommended for the prevention of tooth decay. This process takes place at water treatment plants. It’s been found that water fluoridation reduces tooth decay in adults and children by up to 25%.

The History, Science, and Benefits of Fluoridated Water

Water fluoridation effectively began in 1945, which is when water treatment facilities in Grand Rapids, Michigan, altered the fluoride levels of their water supplies until they reached 1.0 ppm. As such, Grand Rapids became the very first city that implemented water fluoridation throughout the wider community.

By the beginning of the 21st century, more than 70% of people in the U.S. were served by water systems that contained fluoridated water. The CDC now believes that water fluoridation is among the most notable achievements in regards to public health that occurred in the 20th century. The many benefits of fluoridated water include:

Regulation of Fluoride in Drinking Water in the United States

Even though fluoride can be very beneficial when placed at specific levels in municipal drinking water, it’s not a requirement that fluoride be added in all drinking water supplies across the U.S. On the other hand, fluoride levels have been regulated by the PHS, FDA, and EPA. The purpose of these regulations is to make sure that fluoride isn’t consumed at dangerous levels.

In 1962, the U.S. Public Health Service recommended that all public water supplies consist of anywhere from 0.7-1.2 milligrams of fluoride for every liter of drinking water for the purpose of preventing tooth decay. These guidelines remained the same until they were updated in 2015.

This update changed the recommended levels of fluoride to exactly 0.7 since people are now able to obtain fluoride from a wide range of different sources, the primary of which is toothpaste. At the moment, drinking water sources across the country contain fluoride levels of just 0.2 milligrams for every liter. This number is meant as an average. There are certain places across the U.S. with considerably higher fluoride levels.

It’s important to understand that people who have long-term exposure to fluoride at levels higher than the max EPA amount may develop a condition known as skeletal fluorosis. This condition develops when fluoride accumulates in the bones to dangerous levels. Along with joint pain and stiffness, people who suffer from skeletal fluorosis can develop weak bones, which can eventually lead to fractures.

An additional limit of 2.0 milligrams of fluoride per liter was placed on drinking water by the EPA. This limit is designed to make sure that children nine and under are protected from dental fluorosis. When this health condition develops, fluoride will build up in developing teeth, which keeps tooth enamel from fully forming as it’s supposed to.

This issue can lead to permanent pitting or staining of teeth. Keep in mind that this secondary limit is only meant as a guideline instead of an enforceable rule. However, every public water system is required to inform the surrounding community of higher fluoride levels when the fluoride content ranges from 2.0-4.0 milligrams per liter. It’s also possible for states to create lower standards that water treatment plants within the state boundaries will need to adhere to.

Water treatment plants are able to monitor fluoride levels by using ion selective electrodes, which are devices that are able to measure free fluoride ions that exist in aqueous solutions. These electrodes can perform such measurements quickly and accurately, which allows you to obtain precise readings in very little time.

This type of measurement has been approved by the EPA and mainly consists of a reference element, a sensing crystal, and a filling solution chamber. If you’ve ever used any type of water quality sensor in the past, you should have a good understanding of how to use an ion selective electrode. Because of how important fluoridated water can be to the health of your teeth, it’s highly recommended that you measure the fluoride content in your drinking water to make sure you’re getting the right amount. 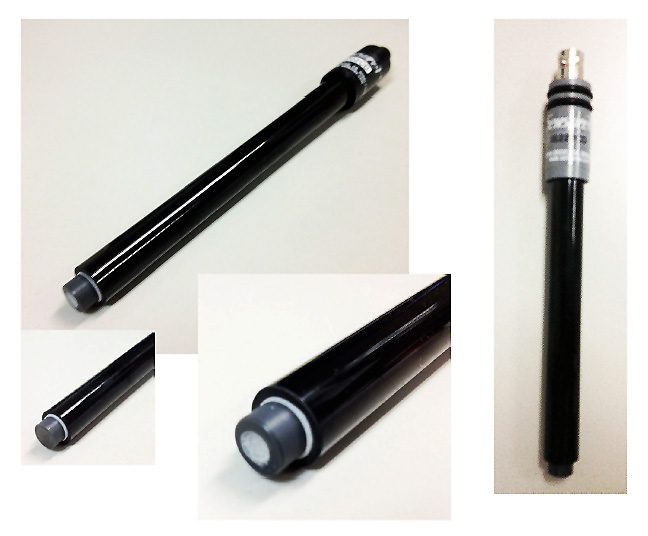