Brine is a simple solution of water and salt that can be used for salt brining, which is primarily designed to act as a deicing agent. Along with its main application for the deicing of roads, salt brine is also commonly used for food preservation, food production, and industrial refrigeration.

The reason that this solution is considered to be highly useful for roads is because it can effectively prevent ice from sticking to road surfaces, which also helps with preventing the formation of black ice. The necessary concentration of brine depends entirely on what kind of application the solution is being used for. The following article provides a guide on brine solutions for both home and industrial applications, the primary of which is the deicing of roads when preparing for inclement winter weather.

What is Salt Brine Solution Used For?

Salt brine solutions that are comprised of a mixture of salt and water are typically used for deicing roads. When this salt mixture is placed on the roads before inclement weather, the bonding of ice to the road is largely prevented. In many situations, this deicing solution is solely applied to major roadways, which is why highways and larger roads are cleared away of snow and ice much more rapidly than small neighborhood roads. The reason that salt brine is effective is because the freezing point of the solution is distinctly lower than the freezing point of undiluted water. Over the past decade or so, a salt brine solution has become increasingly popular for road deicing applications. By using the right brine concentrations, the costs associated with deicing roadways have been reduced by 10-30 percent.

While salt brine is a great solution for preventing the formation of snow and ice on roads, it’s also commonly used in the preservation and production of food. Whether you’re cooking at home or in a restaurant, a brine or marinade solution can readily be applied to many different protein products like fish, poultry, and meat. The use of salt brine for food has proven to be highly effective at making the meat or poultry more tender. When resting in a brine solution of salt and water for 6-48 hours, the meat is able to absorb any excess salt and liquid, which makes the final product much more juicy and flavorful. 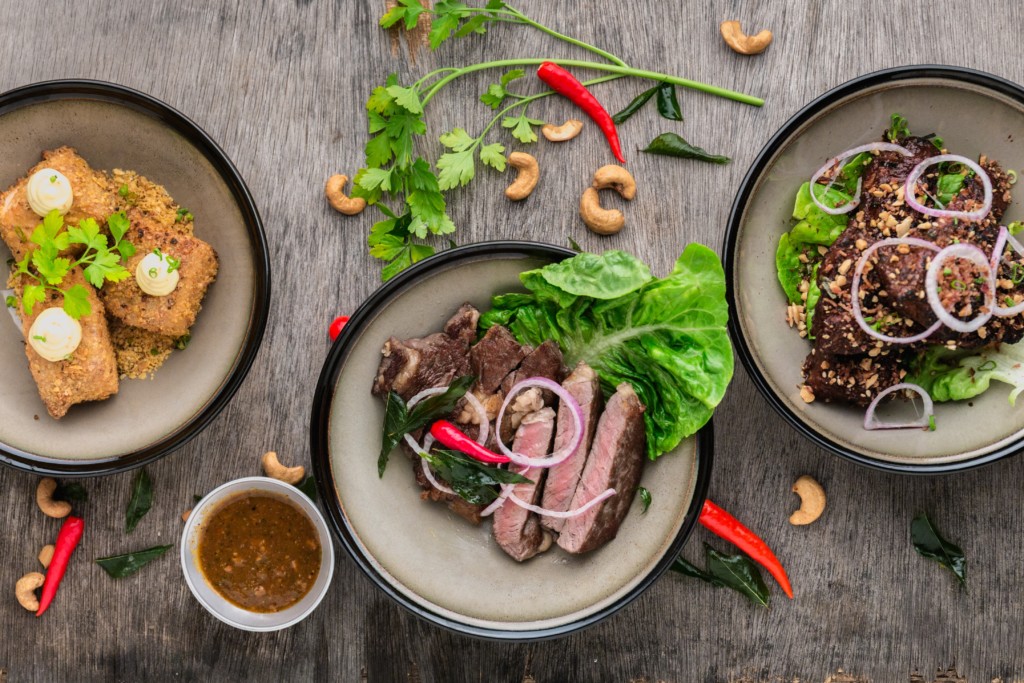 With both food production and industrial applications, brine injectors are used regularly to apply the brine solution in a different way. When looking specifically at food, meat or poultry is usually placed directly into a bowl that’s filled with the solution. Brine injectors are different in that they inject the brine solution directly into the meat, which can allow for a more controlled brining process.

While food production and deicing are the two main applications for salt brine, this solution is also commonly used in many different industrial applications. For instance, any company that generates electricity can turn to salt brine as a cooling solution during the process. In sizable refrigeration installations, salt brine serves as a refrigerating liquid to assist with the transportation of thermal energy from one place to another. For instance, some premium fishing vessels will spray this solution over fish in order to freeze them as they are being transported to another destination. 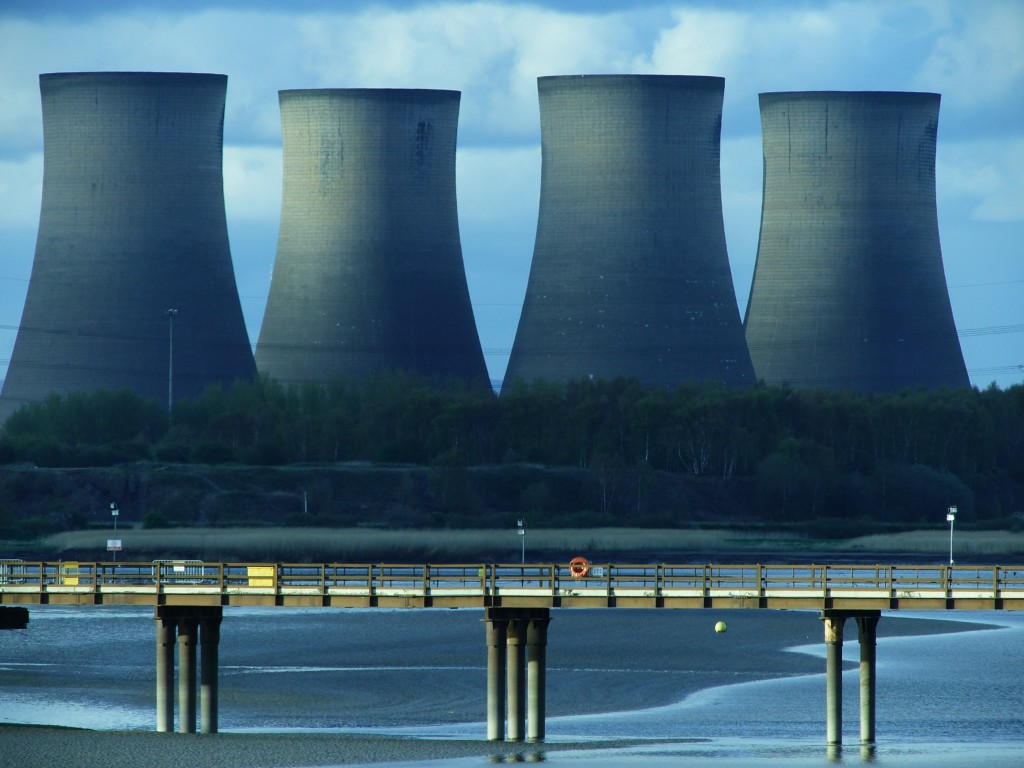 At wastewater treatment facilities, brine is automatically produced by many different industrial process. For instance, brine is commonly produced in cooling towers and during reverse osmosis. When this occurs, the water needs to be treated in order to get rid of the accumulated brine. Any salt brine that forms during an industrial process can consist of cleaning chemical residues as well as heavy metals.

Wastewater brine is considered to be an environmental hazard that must be disposed of properly. Otherwise, the salt solution can cause sediment to form and may be corrosive. It’s also possible that the brine solution is mixed with some chemicals that are toxic. The methods that industrial plants will use to get rid of wastewater brine include returning it directly to the ocean, drying it in an evaporation pod, or injecting it into a deep well. You could also store the built-up brine and reuse it for deicing or irrigation applications.

How to Make Salt Brine Solutions 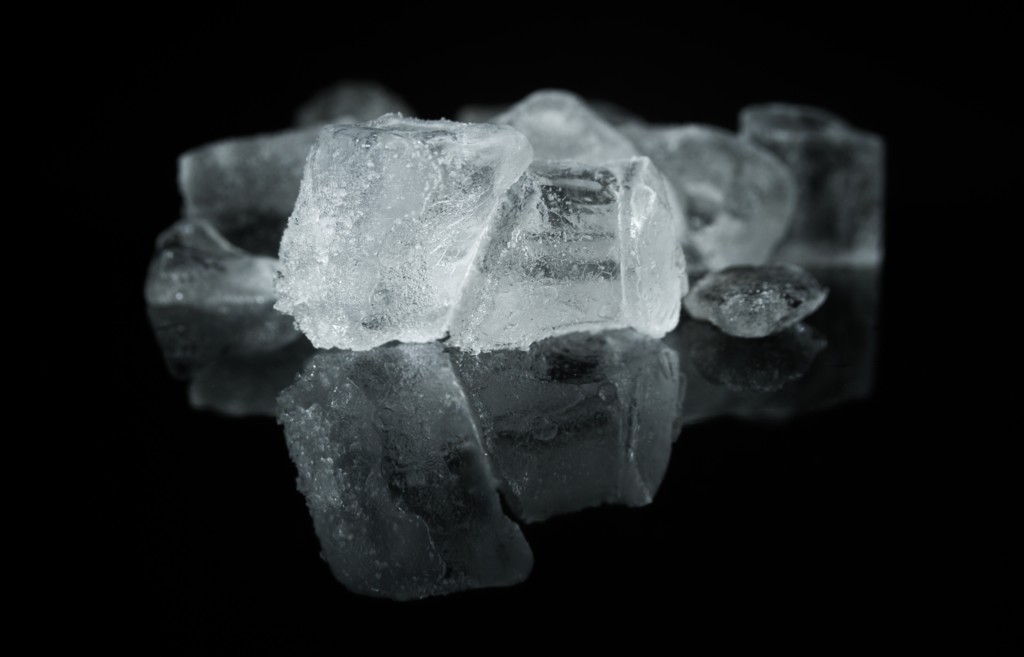 One of the better aspects of using salt brine for food production or the deicing or roadways is that it’s very easy to make. If you’re using the solution on roadways, you can add some additional deicing agents to the salt and water solution in order to enhance the effectiveness of the solution. To start, all you need to make a salt brine solution is rock salt and hot water. You can purchase large bags of rock salt at any home improvement store.

Once you have these two ingredients in hand, you should focus on getting the right mixture of salt and water. The concentration of salt in water is the most important element of creating an effective brine solution. For deicing applications, you’ll want the ratio of water and rock salt to be 3-1. Hot water allows the salt to become increasingly soluble, which means that the salt will dissolve at a quicker rate. Higher concentrations of salt within the brine solution allow for more effective deicing.

However, different concentrations are necessary for different purposes. If you want to preserve or marinate food, the concentration of salt in the brine solution should be anywhere from 3.5-10 percent. Higher concentrations can actually damage the food quality. Once you’ve calculated the right mixture of salt and water, you should mix these ingredients in a large bucket. The water will need to be continually stirred in order for the salt to fully dissolve. Some of the deicing additives that can make your brine solution more effective on roadways include magnesium chloride, potassium chloride, and calcium chloride. The majority of off-the-shelf deicer products will include trace amounts of these additives.

It’s critical that you correctly measure the concentration of salt in your brine solution. Many chemical plants and industrial food processors must rely on large industrial brine-making systems in order to obtain the significant amounts of brine that are needed for their applications. Unfortunately, these systems aren’t always precise, which means that the brine concentration could be at the wrong levels. For food production, high concentrations of salt can cause the food to become far too salty and can damage the overall quality of the food. 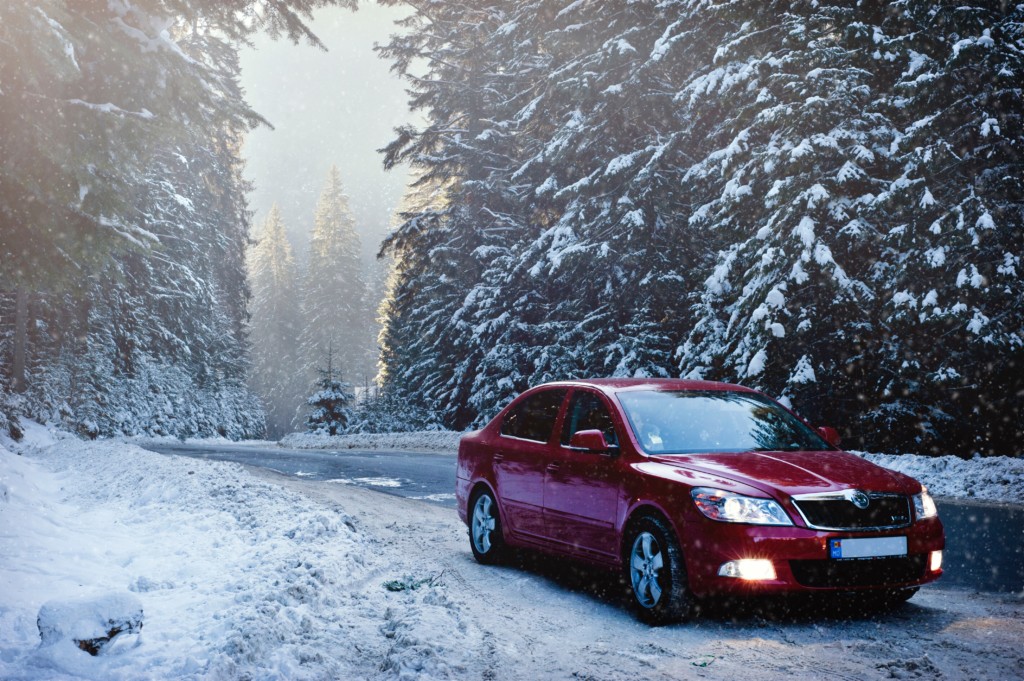 Why is Salt Brine Important? 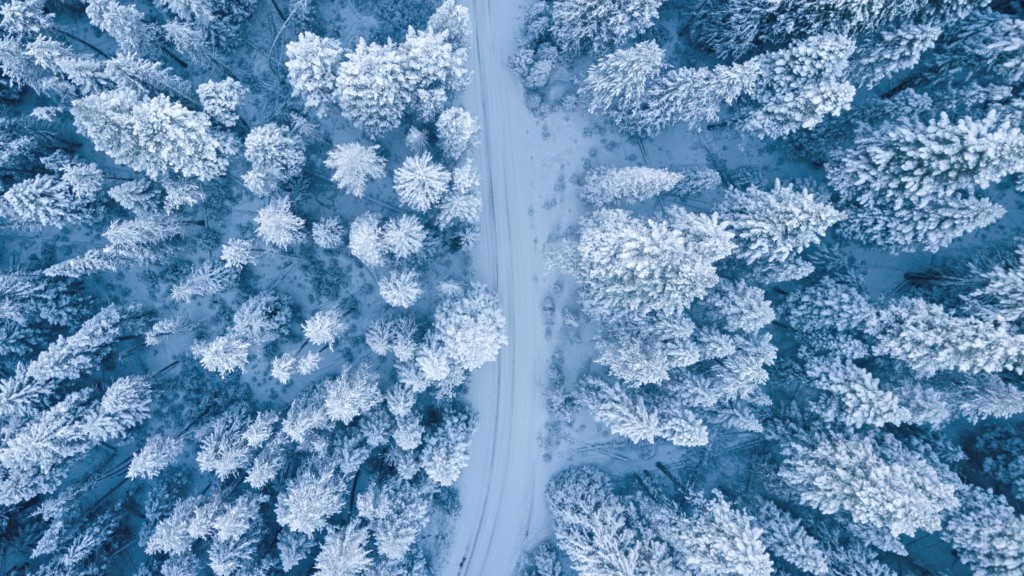 Salt brine is a kind of solution that has a lot of versatility. Since the concentration of salt in brine can alter the solution considerably, salt brine can be used for culinary purposes, for the production of chlorine, for water purification, as a refrigerating fluid, for deicing, and for many other industrial applications. Along with preserving foods and making sure that the food is flavorful, a salt brine solution can also be used for pickling and to make sure that ice doesn’t bond to the road. 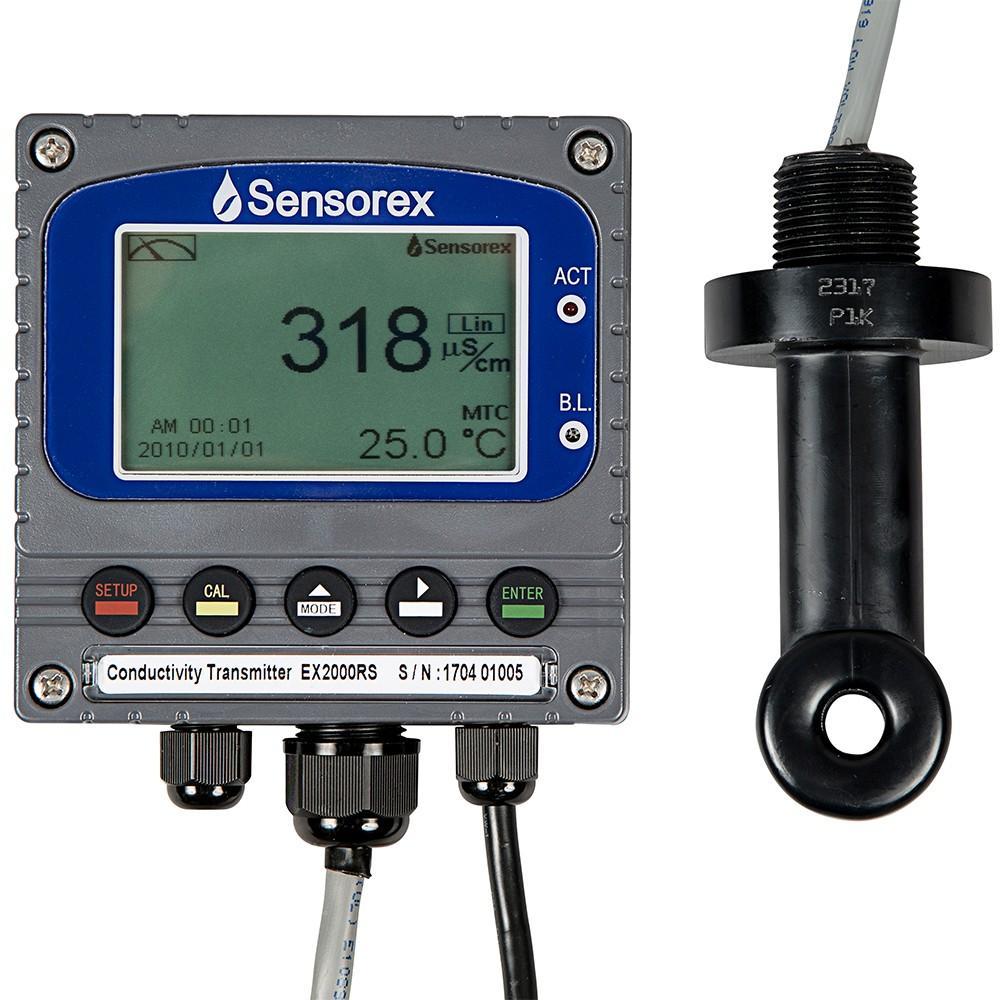 Likely the most effective way to measure the concentration of your salt brine solution is to use one of our Sensorex toroidal conductivity monitoring systems. These sensors use a two-coil system that’s placed in a durable thermoplastic casing. The best aspect of this type of sensor is that it has very little maintenance requirements since the coils don’t come into contact with the sample. You can also more effectively measure the brine solution with a toroidal sensor.

While contact sensors can have issues with high salt concentrations, toroidal sensors are able to precisely measure concentrations that reach higher than 20 percent, which is essential for deicing roads. The main toroidal sensor that’s available through Sensorex is the SensoPRO Toroidal Conductivity Monitoring System, which comes with all of the equipment you need to measure your brine solution.

Salt brine is a very basic solution that mixes salt with water. The brine concentration that you should use depends on what kind of application the brine is being used for. When grape leaves are being produced and canned, the recommended brine concentration is anywhere from 4-10 percent. On the other hand, the recommended concentration for road deicing purposes is upwards of 24 percent. Salt brine has many different uses. At home, it’s possible to use salt brine to deice your driveway, prepare meat or poultry for a meal, or preserve the lifespan of certain foods. Brining is commonly used for pickling fruit, vegetables, or cheeses.

If you want to prevent ice from forming on your driveway, the salt within the solution keeps the ice or snow from bonding to the road. If meat is placed in a salt brine solution, the liquid is absorbed directly into the meat, which makes for a much more flavorful end product. The best aspect of this solution is that it’s very simple to make and only requires that you reach the right balance of salt and water. Whether you’re cooking food or getting ready to deice your driveway, salt brine is something that can be created quickly to account for any need you might have.

If you have any questions about salt brine or are interested in learning more about the Sensorex products that can help with the brine process, contact Sensorex today.