How Does Groundwater Become Contaminated?

The water moves through aquifers in the ground, which occur when gravel, sandstone, and other materials exist in large spaces. The connected spaces of these materials make them permeable, which ensures the smooth flow of water. Groundwater is used by well over 50 percent of people in the United States, which includes the vast majority of individuals who live in rural areas. Another important use of groundwater is for the irrigation of crops, which is why it can be problematic when groundwater becomes contaminated.

Like all other water sources, groundwater can be easily polluted in a variety of ways, which extend from atmospheric contaminants to septic systems. Pollution adversely affects a person’s health as well as the wider environment. When a person breathes polluted air, they are at a higher risk of developing asthma and other types of respiratory diseases. If you are exposed to ground ozone for upwards of 6-7 hours, respiratory inflammation is likely alongside a decrease in the overall function of your lungs.

When looking specifically at the environment, air pollution directly causes the production of acid rain, which can damage trees and is known to make water far too acidic for fish and other forms of aquatic life. Ground pollution, on the other hand, will contaminate the fruits and vegetables that grow in polluted ground. When contaminated fruits and vegetables are consumed, it’s possible for the individual who ate these food items to suffer from respiratory issues, skin problems, and certain types of cancer.

It’s important to maintain groundwater quality because this water is necessary for drinking and irrigation. Contaminated water increases the chances that individuals who consume the water will become sick and even develop long-term health complications. When used for irrigation, poor groundwater can damage the plants and worsen the surrounding environment. This article takes a closer look at how groundwater becomes contaminated, which should allow you to identify how to keep your groundwater clean and free from impurities.

How Does Groundwater Become Contaminated? 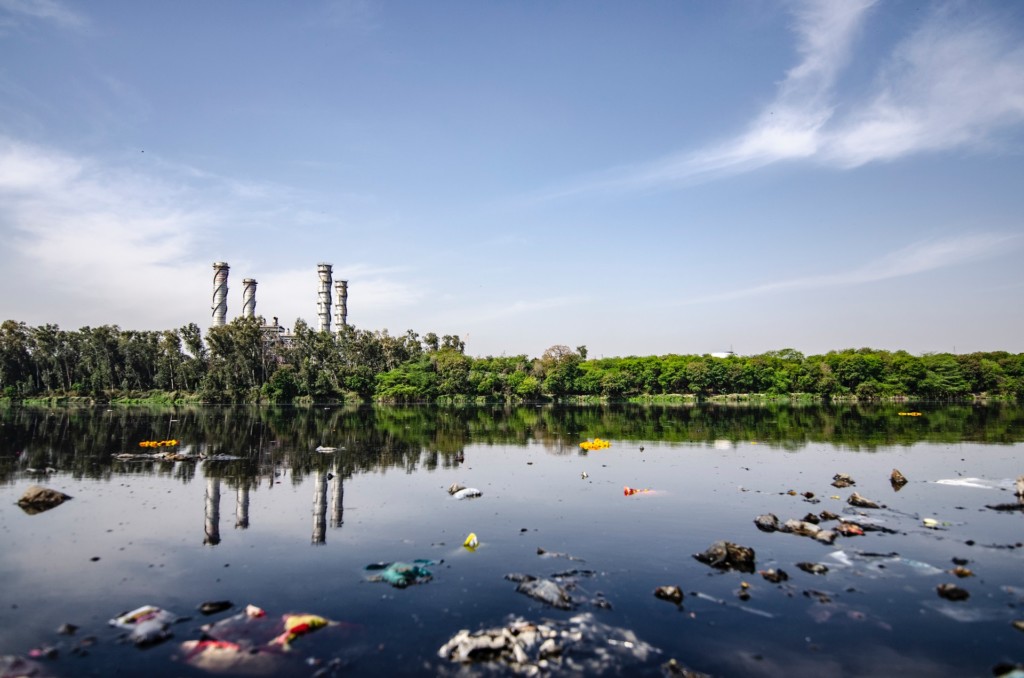 Despite the fact that groundwater is located underground, it’s possible for it to become contaminated through a variety of sources, the primary of which are man-made products like chemicals, road salts, gasoline, and oil. When these substances seep into the groundwater, the water could become unsafe to use and drink. It’s also possible for fertilizers and pesticides to get into groundwater over time, which leads to the development of pollution that adversely affects the groundwater and the surrounding environment.

Other common sources of groundwater contamination are leaky landfills and storage tanks that are situated underground. When groundwater becomes contaminated, the effects can be severe. For instance, groundwater that has become contaminated by waste from septic tanks can cause dysentery and hepatitis. The local wildlife could also be harmed when they drink contaminated groundwater. Consistent and long-term exposure to contaminated groundwater may cause the individual to develop cancer. As an individual, there are a variety of things that you can do to prevent groundwater from becoming contaminated, which range from reducing the use of chemicals to properly disposing of toxic substances instead of pouring them down the drain. 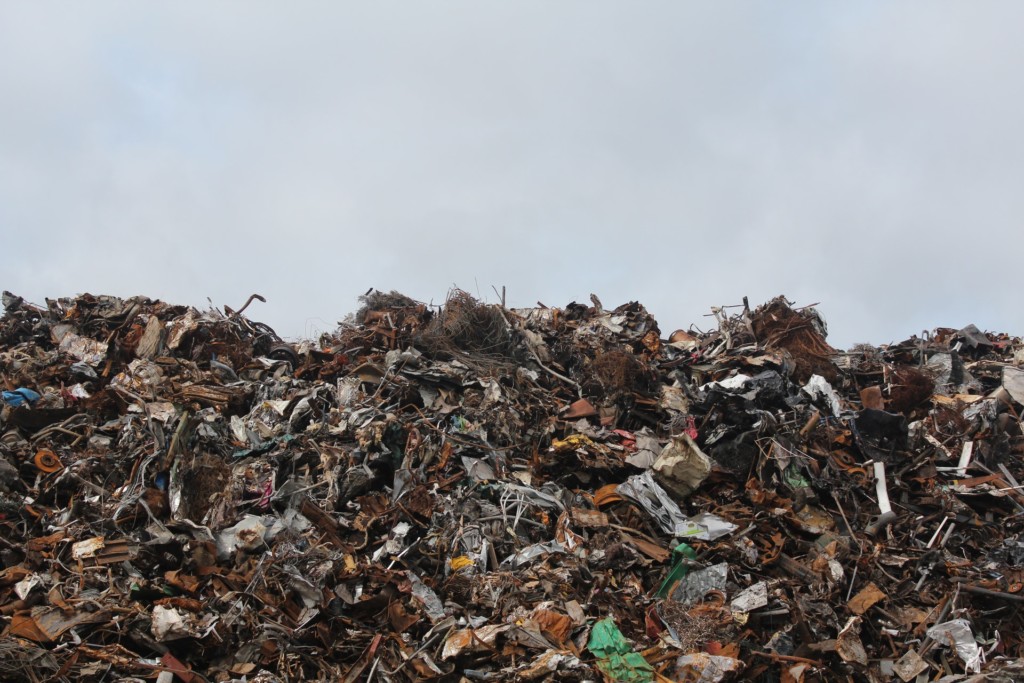 The six different sources of groundwater contamination include:

Storage tanks can create many problems with groundwater if they leak. These tanks usually contain oil, gasoline, chemicals, and other hazardous liquids that can immediately contaminate groundwater when coming into contact with it. While these tanks are usually kept above ground, they can also be placed underground, which heightens the possibility that the surrounding groundwater will become contaminated.

Today, it’s estimated that more than 10 million storage tanks have been placed underground. No matter how well built a storage tank is, it will invariably crack and corrode over time, which means that leaks will occur. When these contaminants reach the groundwater, the contamination can be severe. While the exact problems that are created within the environment and to the people living and working nearby depend on the exact contaminant that has seeped into the groundwater, common health issues that are caused by oil and gasoline contaminants in groundwater include headaches, dizziness, nausea, and confusion.

Septic systems are essential for the disposal of wastewater in offices, homes, and most other buildings. While these systems have been made in a way that allows for the slow drainage of human waste at a rate that’s harmless, there’s always a chance that the septic system in your home or office has been poorly designed, maintained, or constructed.

If so, the system could crack and leak, which would likely lead to viruses, chemicals, and bacteria getting into the nearby groundwater. When this occurs, the local environment would almost assuredly suffer, which could create health issues with local wildlife. Health issues of all kinds would also develop in people who drink the water.

Uncontrolled hazardous waste is a serious problem across the entire country since more than 20,000 hazardous waste sites have been abandoned and are no longer controlled by anyone. Within these sites, it’s possible that there are barrels of chemicals lying around.

These barrels will degrade over time, which heightens the possibility that leaks will occur. If a leak does take place, the chemicals inside could slowly seep into the soil before eventually reaching the groundwater. Individuals who drink this groundwater will be more likely to develop respiratory conditions as well as additional health issues that could create long-term complications. Local fish life would likely suffer as well.

Landfills are designed specifically to accommodate the burial of garbage, which is why you might be surprised to find that it’s a common contaminant of groundwater. When a landfill has been properly designed, it will be comprised of a protective layer at the bottom that keeps contaminants from reaching the water. Unfortunately, there are times when the layer is forgotten or becomes cracked, which makes it likely that contaminants such as household cleaners, paint, and battery acid would reach the groundwater.

While the specific effects depend on the type of contaminant that seeps into the groundwater, common health issues created by drinking water that has been contaminated by household cleaners include kidney damage, liver problems, and issues related to the nervous system and circulatory system.

Groundwater is a part of the standard hydrologic cycle wherein water flows from one source to another in a continuous cycle. Because water flows in a cycle, it’s possible that contaminants from the surface water or even the atmosphere could reach the groundwater supplies. For instance, surface water can flow as runoff into streams, which will contaminate the groundwater. When power plants create acid rain, the chemicals from this rain will eventually reach the groundwater, which makes the water unusable for drinking and irrigation. 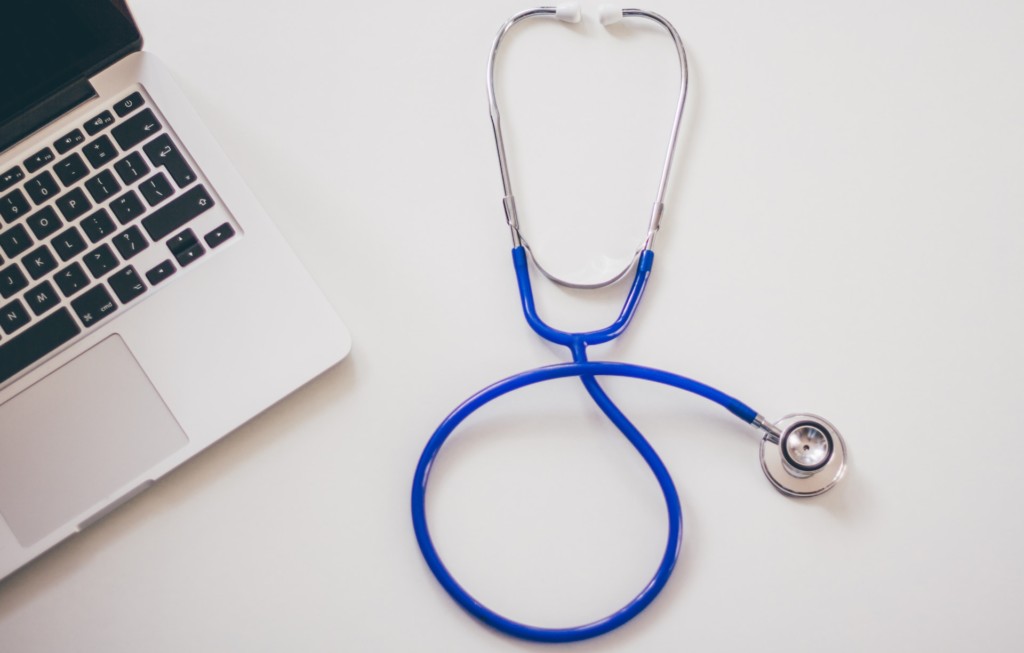 The effects of groundwater contamination are serious and can be very harmful to local wildlife and to any residents living in the area. Since groundwater is used for the majority of drinking water in the country, anyone who drinks the contaminated water will be at risk of suffering from health problems and conditions.

If the water becomes contaminated, some of the more common issues that could occur include:

Groundwater moves slowly, which makes it difficult to identify contamination in time for any issues to be effectively treated. The potential health problems that occur when drinking contaminated groundwater or when eating fruits and vegetables that have grown in this groundwater include:

How to Prevent Groundwater Contamination 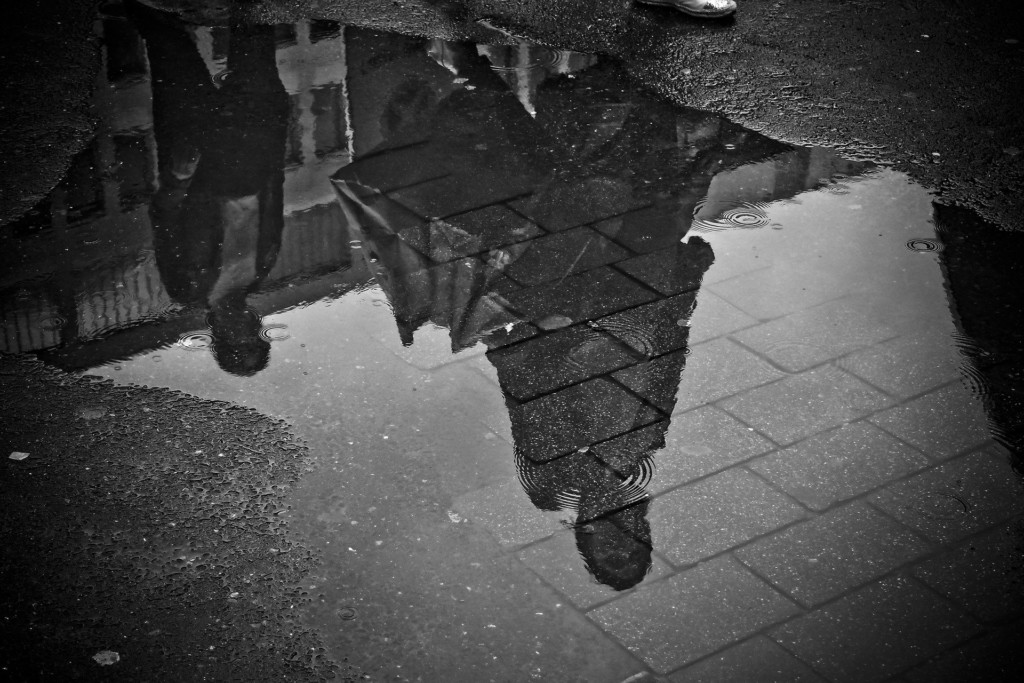 While it’s impossible to prevent all groundwater contamination, there are a variety of things that you can do to prevent at least some contamination. For instance, you can reduce your use of chemicals in your yard and home, which should reduce the likelihood that your local groundwater becomes contaminated. You should also correctly dispose of motor oil, unused chemicals, paint, and similar substances that could be deemed hazardous.

Make sure that you regularly check all of your toilets and faucets for leaks. If you identify any, they should be fixed immediately. Some additional steps that you can take to prevent groundwater contamination include reducing the length of your shower to five minutes, reusing and recycling anything that you can, and using natural alternatives to household chemicals. These alternatives include lemon juice, vinegar, and baking soda, all of which are friendly to the environment. While these prevention methods have their limits, anything that you can do to lessen the likelihood of groundwater contamination is a good thing. 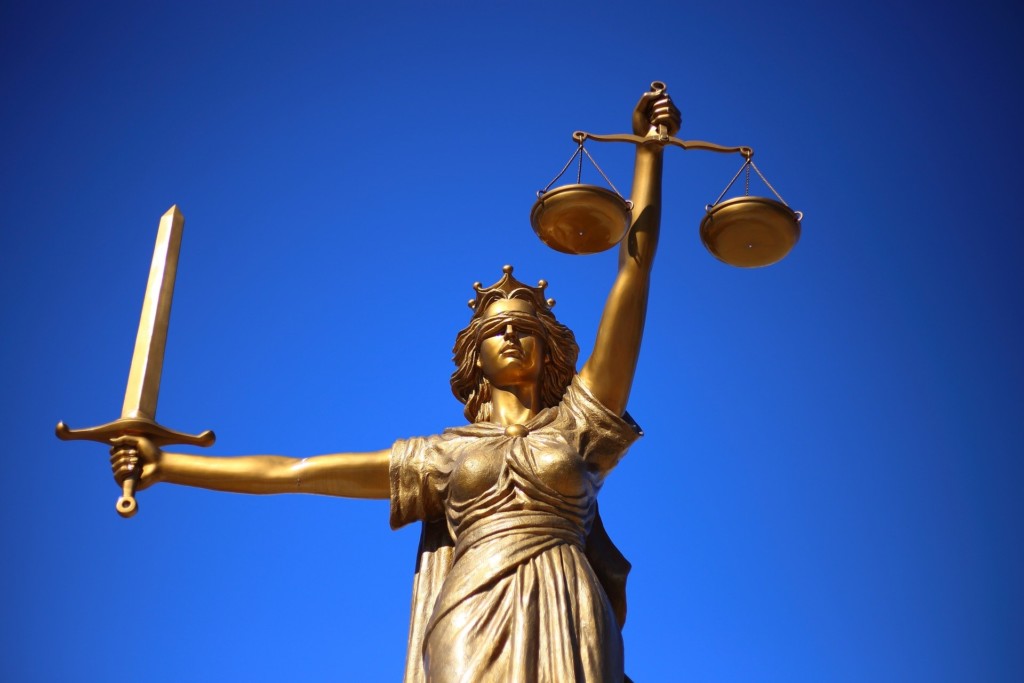 There are several federal laws and regulations that have been created to help protect groundwater.

These regulations have been instrumental in improving the quality of groundwater throughout the U.S. Without these regulations in place, companies and public water systems wouldn’t be punished for allowing pollutants to enter the groundwater. 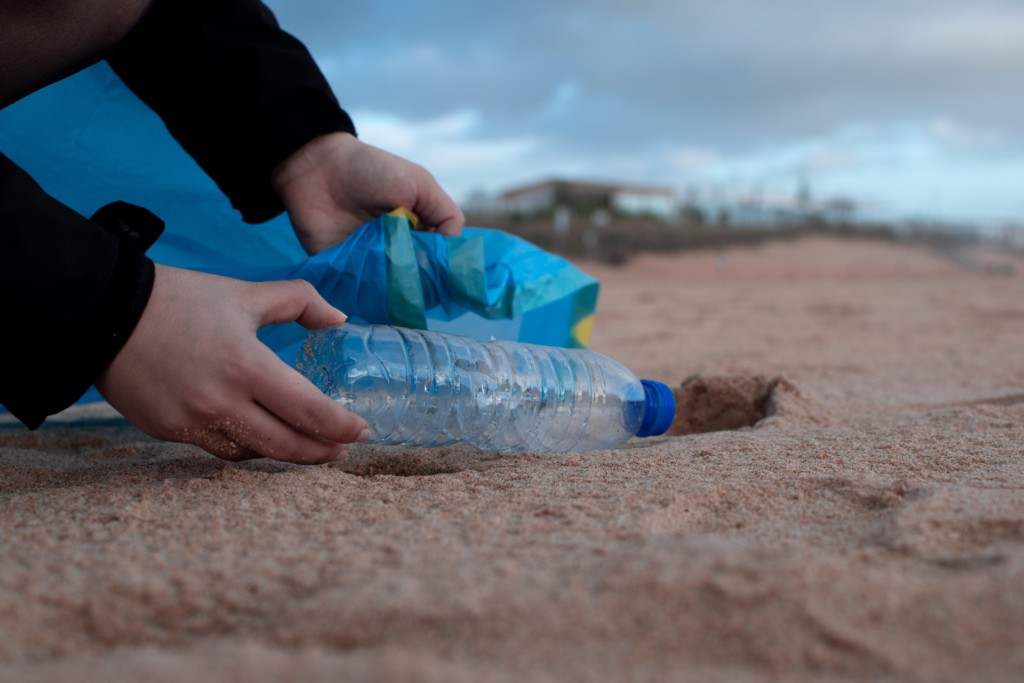 It’s important to maintain the quality of groundwater because contaminated groundwater can hurt the environment and create many health problems that may not be noticed immediately. Some products that could help you keep groundwater clean include natural products like lemon juice and baking soda and native plants that don’t require fertilizer. Using water wisely and recycling materials like plastic, cardboard, and paper can be highly beneficial towards maintaining groundwater quality.

Even if you believe that your efforts have been helpful to the environment and your health, there’s no way to be certain unless you identify the cleanliness or purity of the groundwater around your home or business. If this water serves as your drinking water, it’s highly recommended that you regularly measure the water for any contaminants.

At Sensorex, we offer many fantastic water sensors that can help you determine if the groundwater is contaminated, which included pH sensors, conductivity sensors, and dissolved oxygen sensors. For instance, the S272 PH sensor can be used in demanding applications and can determine if the groundwater has become too acidic. These sensors can give you peace of mind that your water is safe to use and drink.

Contact Sensorex today if you have any questions about the sensors that we provide.