How Does Ocean Pollution Affect Humans and How Do We Mitigate It?

Ocean pollution occurs when chemicals, particles, and waste enter ocean water. It can also be caused by the spread of invasive species of fish as well as noise. Most ocean pollution comes from activities that are done on land via nonpoint source pollution. This kind of pollution includes pollution from boats, septic tanks, cars, and large sources like livestock ranches.

The ocean is an essential part of life, which is why it’s important to keep it as clean and healthy as possible. More than 70 percent of the oxygen that’s circulated around the world is provided by the ocean. Around 70 percent of the water supply comes from the ocean as well, which means that not keeping the ocean healthy and free from pollution can have substantially negative effects. Toxic chemicals enter the ocean water every day, which leads to the contamination of the water supplies while also creating health problems with the fish that live in the ocean.

Keep in mind that nearly a third of CO2 emissions that are produced by humans are directly absorbed into the ocean, which is yet another cause of the ocean being polluted. While ocean pollution is highly damaging for sea life as well as human health, there are ways to mitigate this pollution as long as you take an active role in doing so.

This article focuses on how pollution adversely affects humans and the many steps that you can take to reduce pollution. 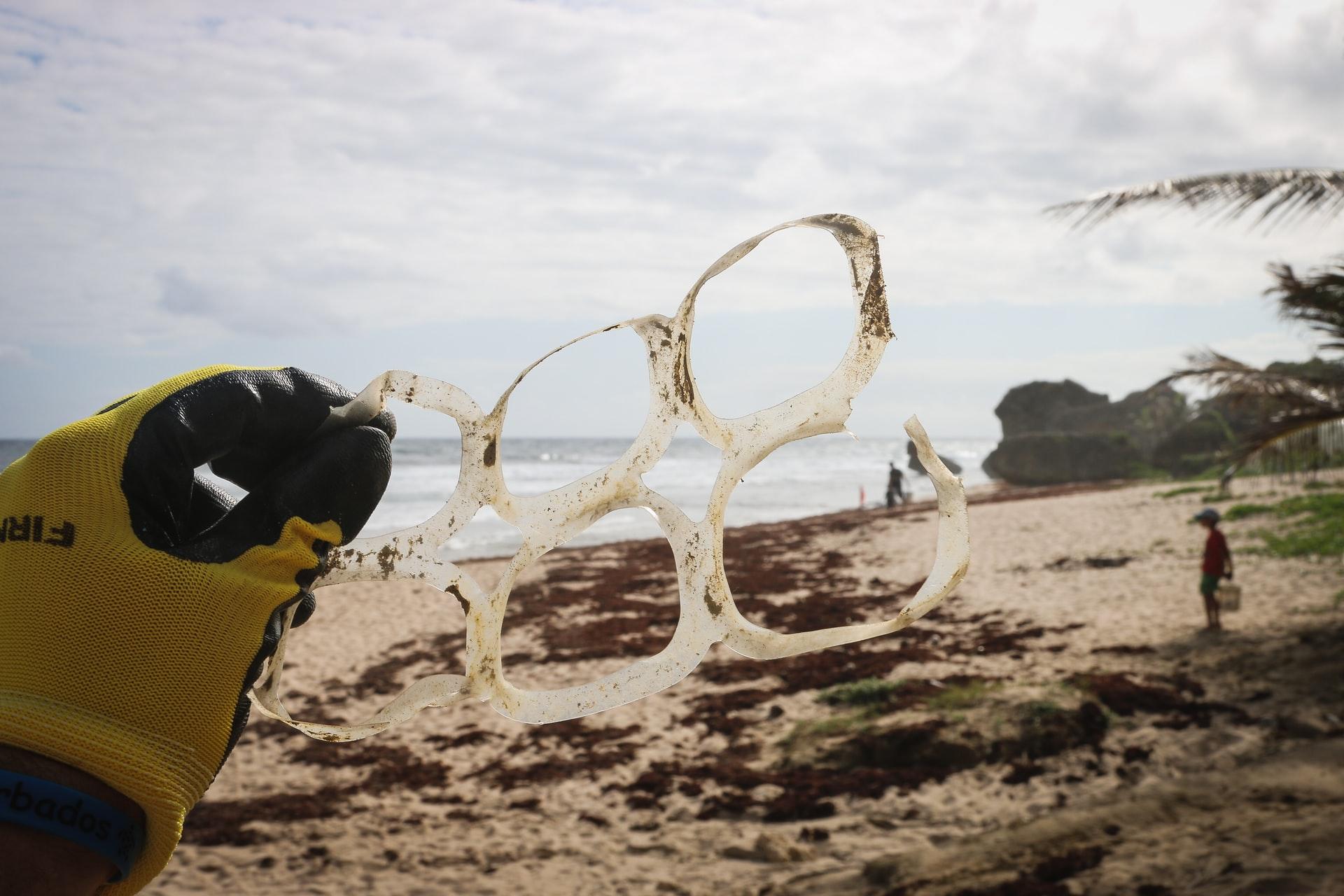 When looking at the various pollutants that seep into the ocean, towards the top of the list are toxic chemicals from industries. While many industries have taken steps to reduce the amount of pollution and waste that they produce, these measures have only mitigated the damage.

The toxic chemicals that usually reach the ocean from industrial sources include:

Industrial pollution is a substantial problem across several different fronts, which include air pollution and waste pollution. The manufacturing of products from various raw materials leads to the creation of a significant amount of pollution despite advancements that have been made in developing less harmful processes.

Likely the most harmful processes include manufacturing lumber from trees, manufacturing steel and iron from ore, and manufacturing gasoline from crude oil. While some of these man-made pollutants will fall to the ground, land runoff from heavy rain and flooding causes these pollutants and contaminants to flow into the sea. Around 36 percent of all oil gets into the ocean via land runoff. 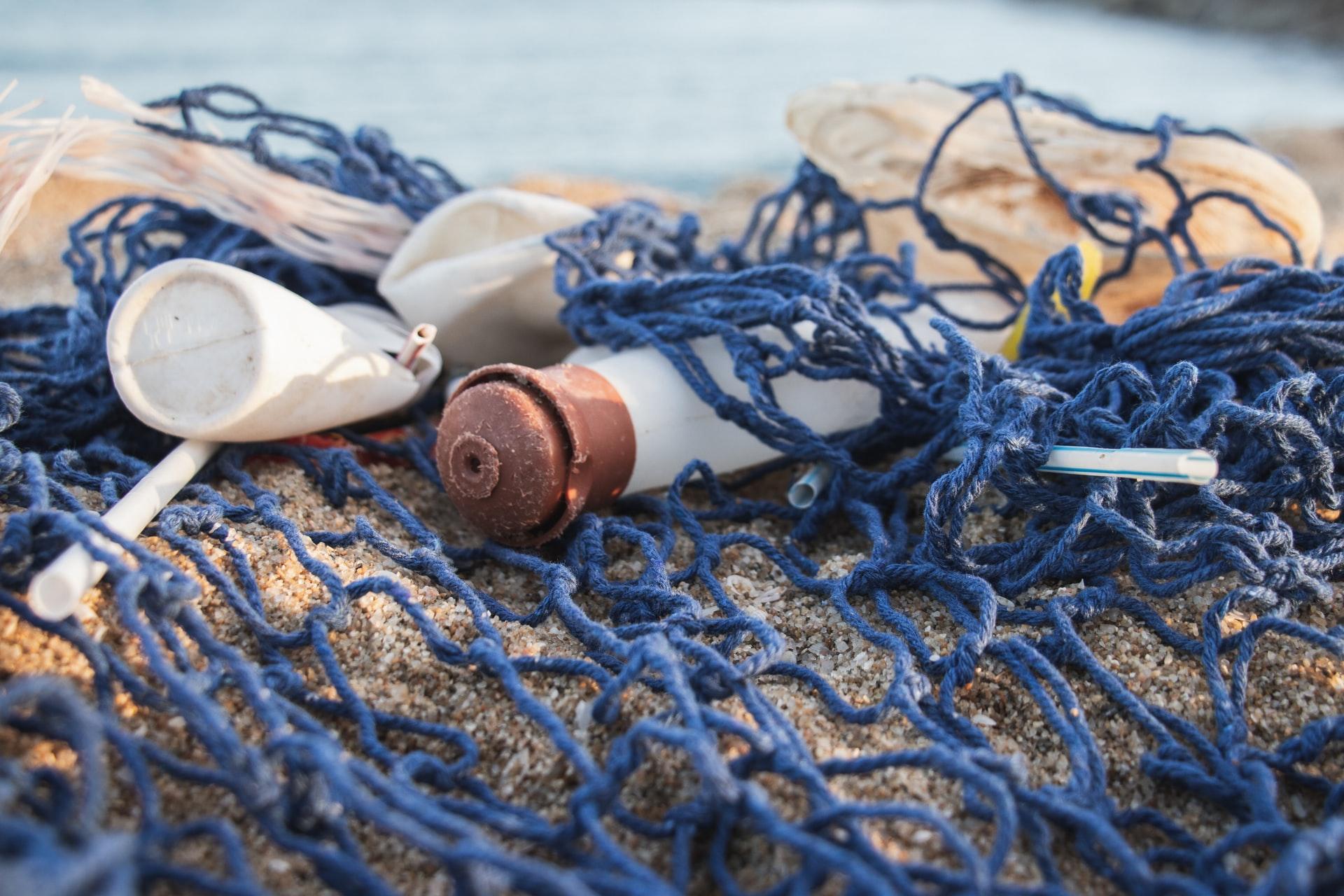 Along with industrial pollution, littering is the primary cause of ocean pollution. While the dangers of littering have been increasingly advertised over the past few decades, it’s practically impossible to put a stop to all littering. To better understand how much trash enters the ocean every year, you should know that around eight million tons of plastic are poured into the oceans every year, the majority of which comes from Vietnam, the Philippines, Thailand, China, and Indonesia. As mentioned previously, the main cause of pollution reaching oceans is land runoff, which is what causes littered trash to reach ocean waters.

Littered trash is especially harmful to marine life in the ocean. For instance, two whales were killed back in 2015 from consuming fishing gear and plastic bags. There have also been many instances over the years of sea turtles and other marine life dying after ingesting plastic and other types of debris. Plastics are harmful because they aren’t biodegradable, which means that they can’t be decomposed by bacteria and other kinds of living organisms.

The trash that people typically litter can take a long time to degrade once it reaches the ocean, which means that marine life will have a more difficult time surviving in their natural habitats. Cardboard and newspaper take anywhere from 2-6 weeks to degrade in water. While this might seem like a long time, it pales in comparison to foam and Styrofoam, which take around 50-80 years to degrade in the ocean. Aluminum cans can rest in the ocean for 200 years before finally degrading. As for plastic, it takes 400 years for any kind of plastic to degrade. It’s estimated that there are currently 150 million tons of plastic circulating throughout the oceans around the world.

Effects of Ocean Pollution on Humans 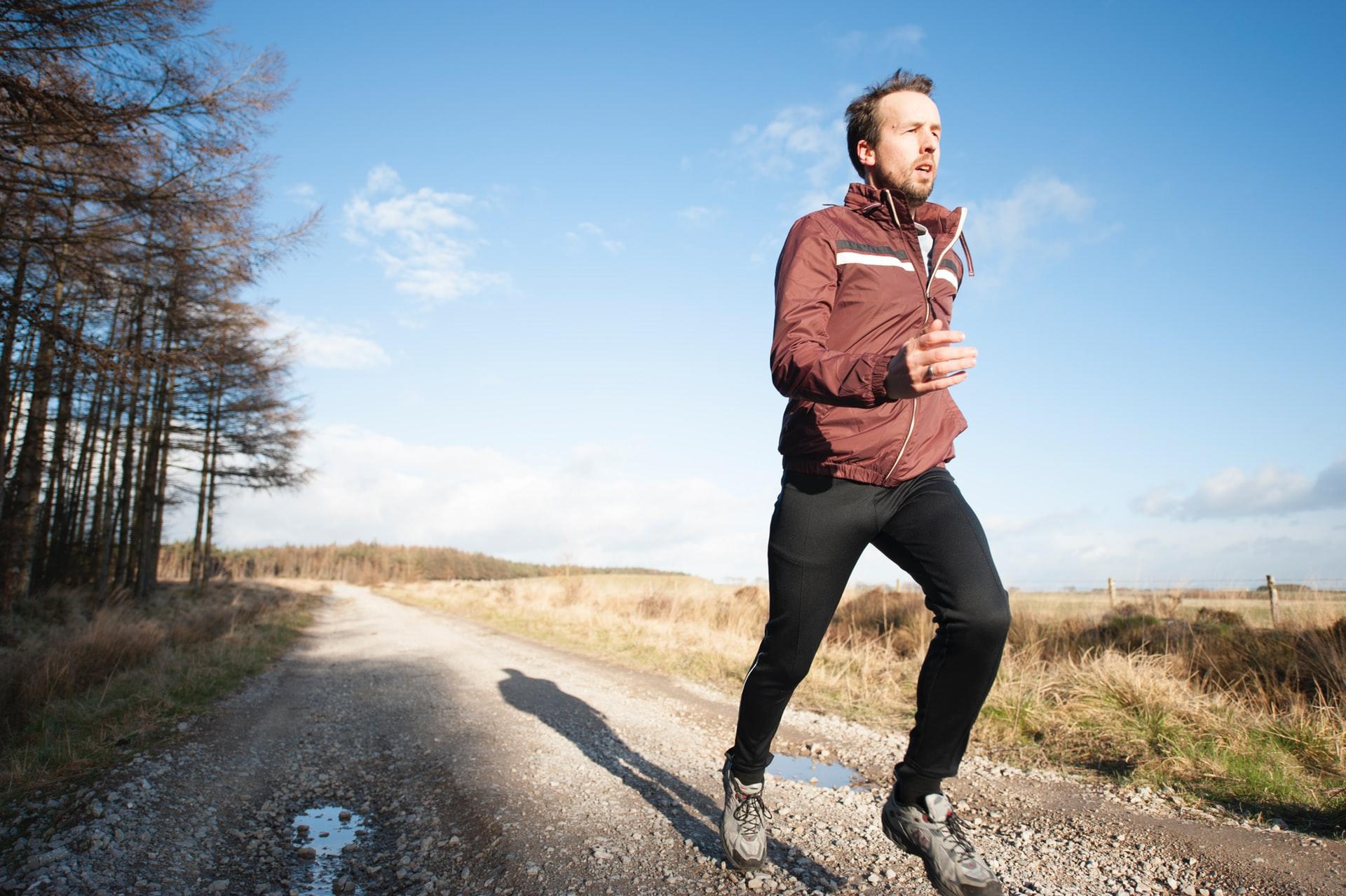 While these health problems result from many different types of contaminants, they are largely derived from pollution contaminating water supplies and the food chain in the ocean. For instance, chemicals like lead and pesticides can contaminate the water and may lead to such health issues as hormonal problems and kidney damage. Pollution that’s found on the beach may lead to illnesses and serious side effects when you come into contact with the pollution or ingest the water. These side effects include everything from diarrhea to stomach aches.

Likely the most serious problem with ocean pollution is that bacteria that exists in the ocean water turns certain metals like mercury into highly toxic forms of the metal. These toxic metals are then absorbed by the tiny plankton in the water before progressing through the food chain. Eventually, the toxic metals and the fish that consumed them will be on your plate when you eat seafood. Exposure to mercury is known to cause such health problems as Alzheimer’s and Parkinson’s disease. Nearly 33 percent of all waters around the U.S. that contain shellfish are affected by coastal pollution.

How Do We Mitigate Ocean Pollution? 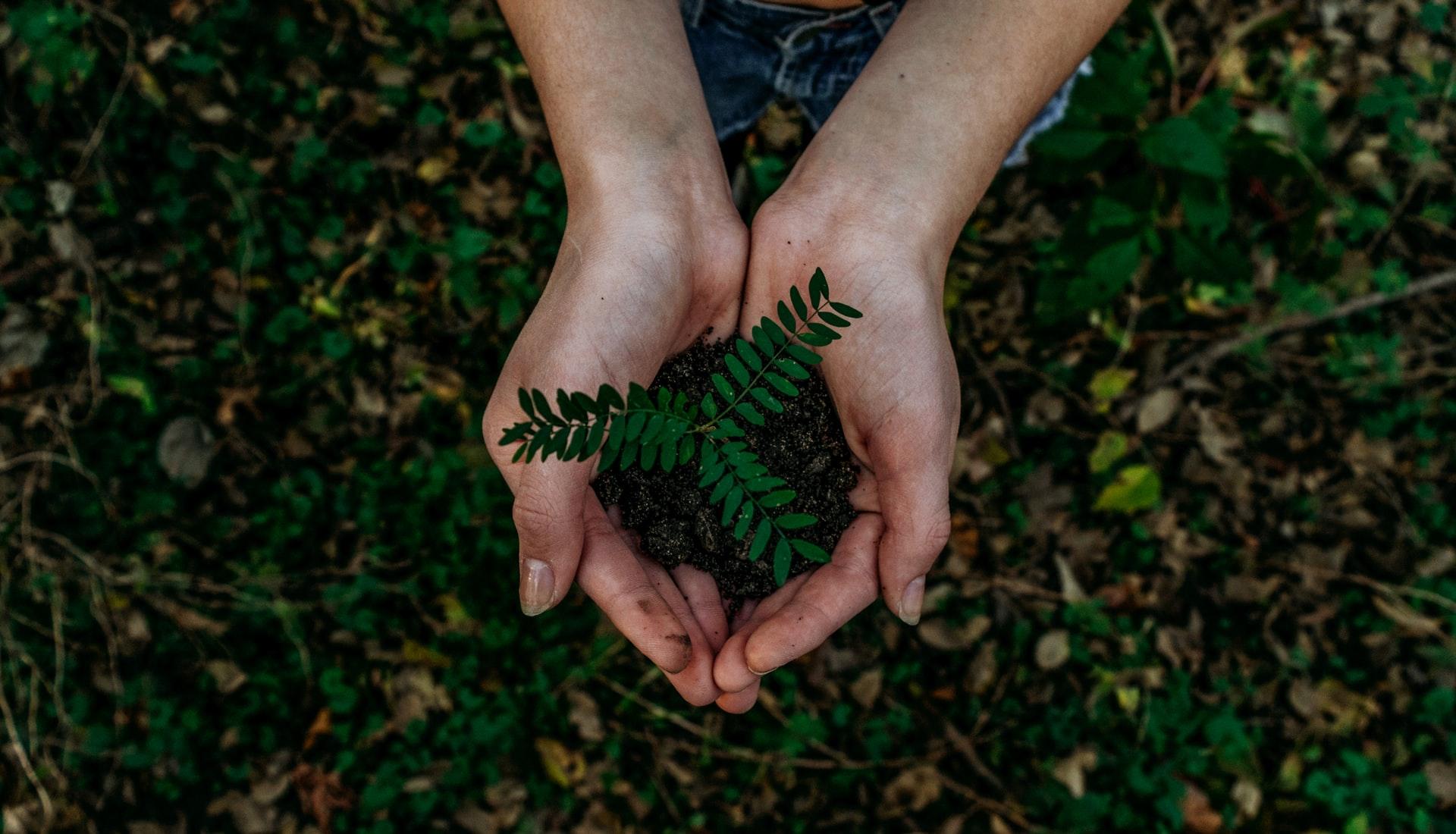 While there’s currently no way to completely eradicate ocean pollution, any steps taken to mitigate this pollution will likely help to reduce the amount of pollution that reaches the ocean. Many of these solutions should be easy to implement in your own life.

Some of the many ways to mitigate ocean pollution include:

To reduce the amount of pollution that you produce, consider purchasing products that are able to be recycled. Tin cans and glass jars can be recycled and are much better for the environment than plastic bottles and aluminum cans. Make sure that you avoid purchasing hazardous material as well. This material can eventually seep into ocean water and lead to the buildup of toxins in the area.

You should also think about buying products that are made directly from recycled materials. Most products that are made from these materials will include a special designation on the packaging. If you adhere to these guidelines and do what you can to live a sustainable and Eco-friendly lifestyle, you can at least do your part in reducing the amount of pollution that enters the ocean.

The Future of Ocean Pollution and The Role Humans Play

While a substantial amount of pollution enters the ocean each year, there are things that we can do to reduce the amount of ocean pollution. The littered trash that reaches the ocean is caused by humans absentmindedly throwing away everything that they use once they are finished using it. The same is true with industrial facilities that don’t take steps to lessen the amount of pollution that they create when turning raw materials into usable products. While many companies have taken steps to be more Eco-friendly, there is still much work to be done.

There are numerous steps that you can take to make the oceans cleaner. For one, it’s highly recommended that you stop using plastic or heavily reduce the amount of plastic that you currently use. If you happen to pick up trash whenever you visit the beach, you can play a small role in lessening the amount of trash that enters ocean waters. If we don’t do what needs to be done to mitigate ocean pollution now, it’s estimated that there will be more plastic in the ocean than fish by 2050.

The oceans around the world are also becoming more acidic at a faster rate, which makes for inhospitable environments for marine life. Since nearly 80 percent of all marine pollution comes directly from land-based activities, it’s possible to significantly reduce the amount of pollution that reaches the oceans. If these steps aren’t taken, human health will also be adversely affected through an increase in health problems like kidney damage and Alzheimer’s. If everyone starts working on lessening the amount of pollution that they create, there’s still time to reverse these dangerous trends.