Tips for Natural and Effective Pond Algae Control In Your Community

Algae is among the more unsightly and harmful substances that can adversely affect the appearance and quality of the water in community lakes and ponds. This plant form consists of a single cell that requires the photosynthesis process to create food. Photosynthesis is a naturally occurring process that only requires sunlight to be activated, which means that algae are able to continuously grow by having access to sunlight.

Algae is considered to be harmful because it lessens the water quality in pools, ponds, and lake. When algae grows at a rapid pace, harmful algae blooms will develop in the water, which are known to release toxins that can cause the deaths of fish as well as domestic animals. No matter which type of algae grows in a pond or lake, a large concentration of algae will result in the water becoming discolored as well.

If the lakes and ponds in your neighborhood are unhealthy, the entire ecosystem can be affected. At the very least, the ponds and lakes will be unappealing in their appearance, which could be enough to turn away prospective homeowners from the area.

This article talks about the causes of rapid algae growth and the steps that you can take to effectively control the pond algae in your area. 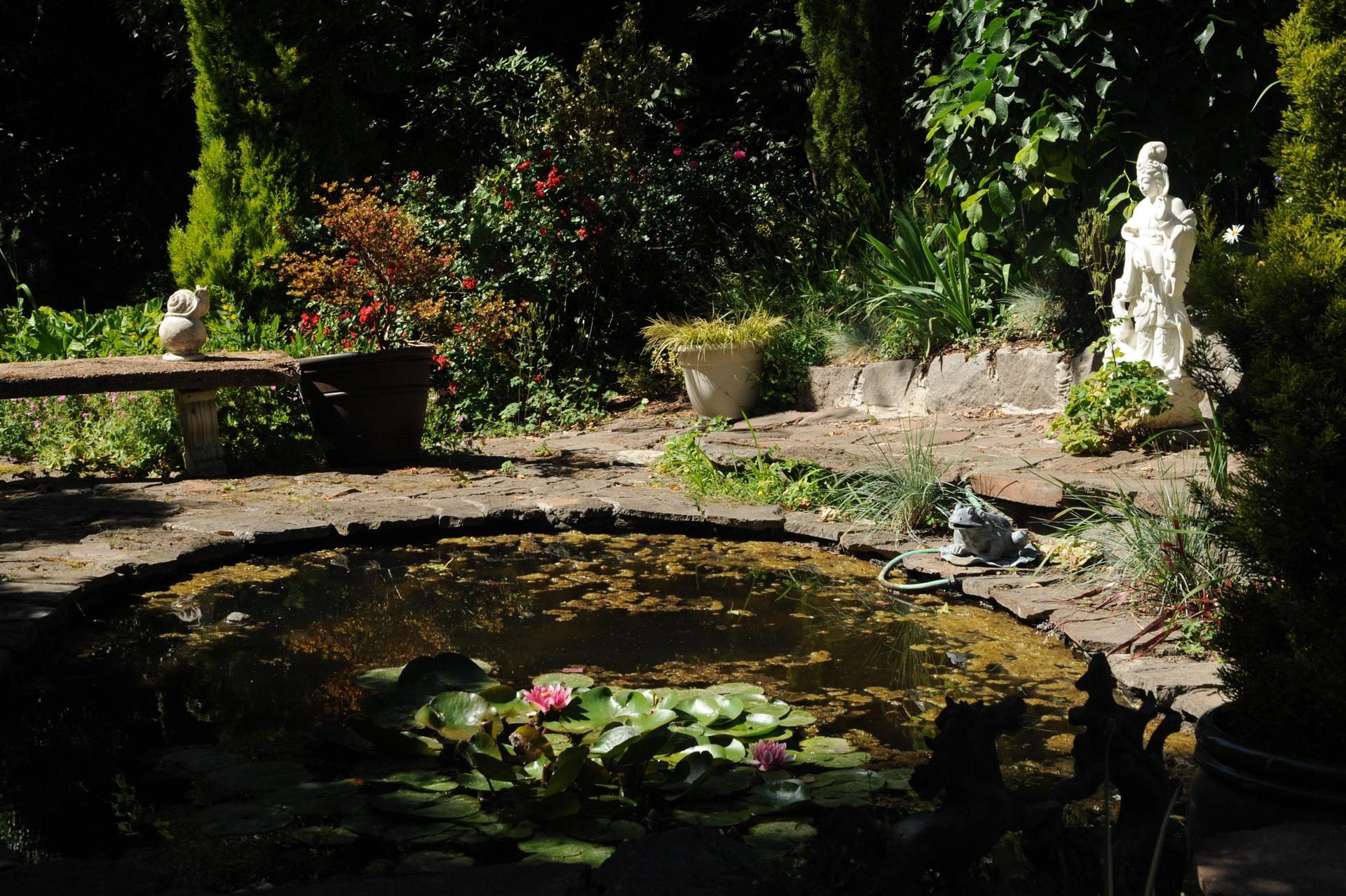 There are three different types of algae growth that can occur, which include planktonic algae, macrophytes, and filamentous algae.

Planktonic algae are microscopic algae that are comprised of a single cell. They are able to form colonies or float in the water without any other algae. When this particular type of algae starts to accumulate, the water in a pond or lake will begin to change color into green, red, yellow, or brown water.

As for macrophytes, this type of algae appears similar to real plants with leaves and stems. Macrophytes aren’t quite as common as planktonic algae for pond water. When looking specifically at filamentous algae, this type of algae also consists of a single cell. When this algae accumulates, it forms into mats that resemble long hair. There are several notable causes of algae growth, which include:

Excessive nutrients provide algae with the perfect growth environment, which can help to stimulate the growth of blue-green algae. It’s also very common for algae blooms to occur when high temperatures arrive, which is why these blooms typically develop during the warm summer months of June, July, and August. As for stagnant water, the water in lakes and ponds has the propensity to barely move, which results in stagnant water that makes it easy for sunlight to penetrate the surface and stimulate algae growth.

There are several different methods that can be used to mitigate these issues and avoid algae growth, the primary of which is to perform pond maintenance on a regular basis throughout the year. This maintenance can include everything from running pond aeration to binding phosphorous in the water. By implementing these techniques immediately, it may be possible for you to avoid algae growth altogether. 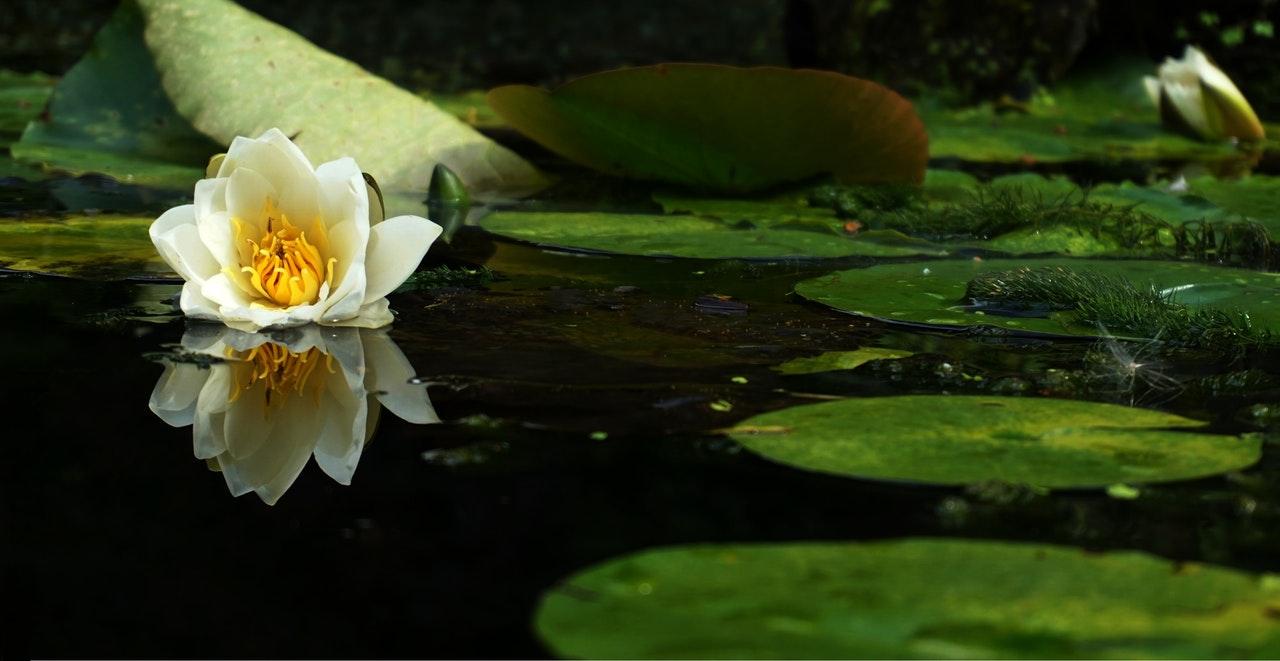 The most important thing to focus on when attempting to control pond algae is to avoid excess pond nutrients like phosphorous and nitrogen, which are known to cause algae blooms to develop at a rapid rate. If you can effectively reduce and limit these nutrients in pond water, the amount of algae growth in the water should also be significantly reduced. When attempting to keep specific nutrients out of your pond, try to keep fertilizer, grass clippings, and leaves from getting into the pond water.

If you happen to mow around the pond or lake, consider limiting how close you get to the lake when mowing, which will allow you to create a kind of vegetative buffer that naturally reduces the amount of harmful nutrients that seep into the water. You should also look into planting certain types of vegetation around the pond or lake to assist with the creation of a buffer that can keep nutrients from getting into the water while also heavily reducing erosion areas. Such plants as rushes and sedges are ideal for this technique and are known to be aesthetically appealing. 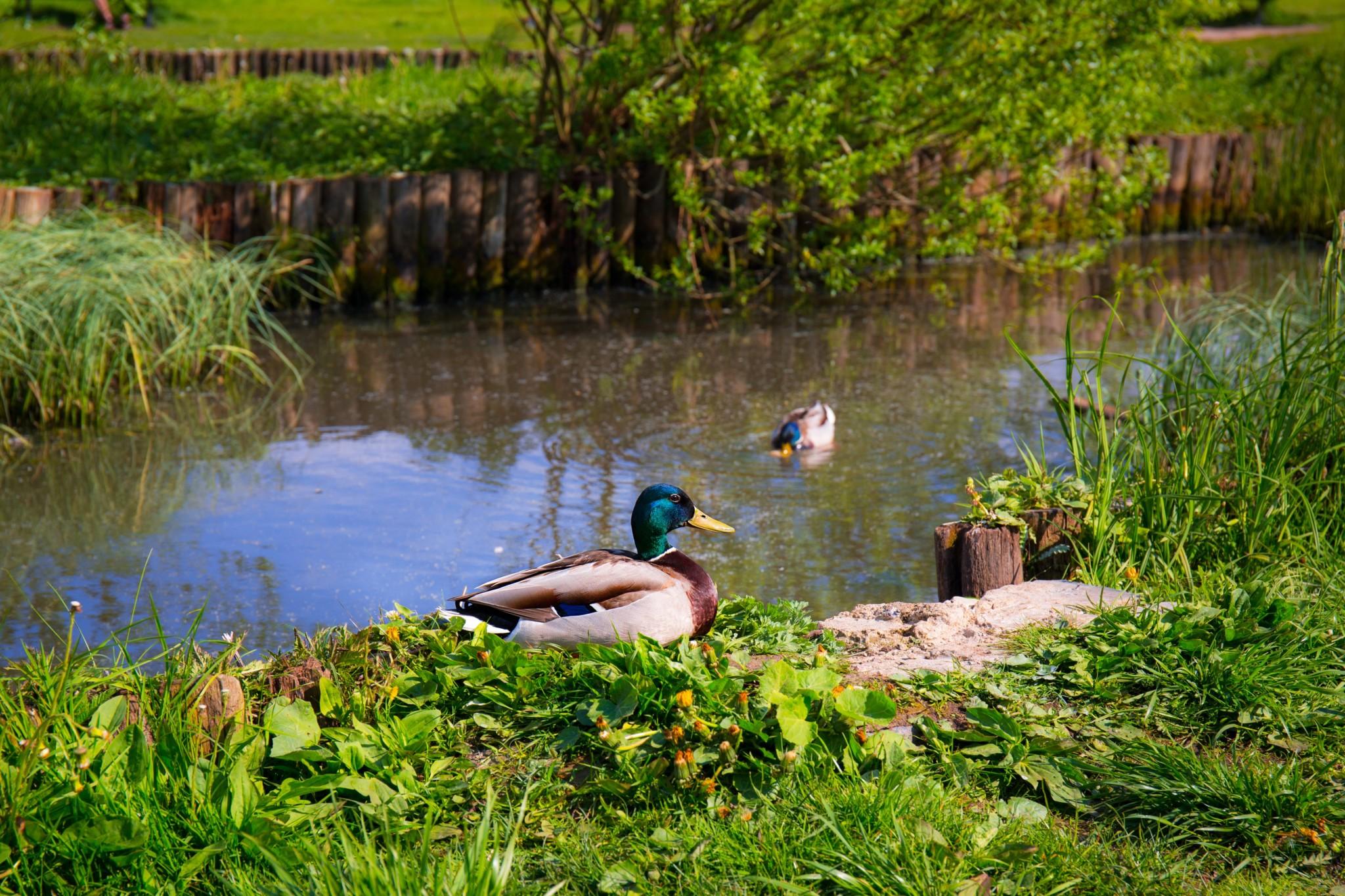 Another potential method that you can use for algae control in your pond or lake is biological augmentation, which can substantially improve the overall quality of pond water by using natural minerals, enzymes, and microbes to clean the water. By stimulating these substances in the water, the micro-organisms will grow and eventually reduce the amount of sludge and harmful nutrients that exist in the water and are known to boost algae growth.

By getting rid of organic sludge and certain nutrients like phosphorous, the algae in the water won’t have access to the food that they require to grow. This is a very simple and effective process that’s able to get rid of the muck in pond water without creating additional problems with the overall water quality. When combined with efforts to reduce excess nutrients, you should be able to significantly reduce the amount of algae blooms in your pond water. 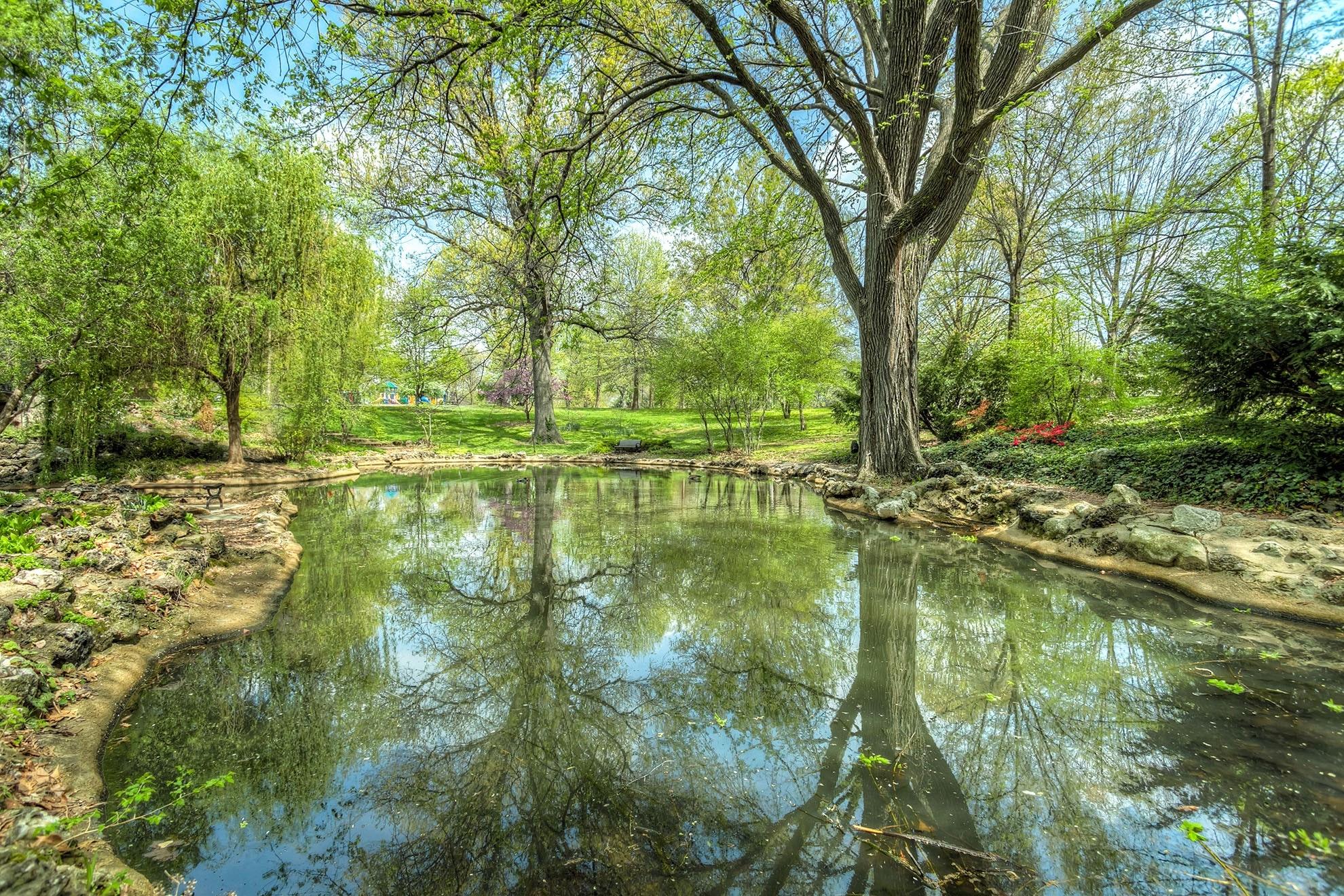 If you want to be able to use a variety of techniques to reduce and eliminate the amount of algae in your pond water, you might also want to consider running a pond aeration system on a 24/7 basis. There are two different types of pond aeration systems that you can select from, which include submersed air diffused systems and floating surface systems, both of which will be effective at controlling the growth of pond algae.

Although not as affordable as the other techniques mentioned previously, pond aeration systems are among the best ways to maintain the quality of your water while also reducing the amount of harmful nutrients that get into the water. These systems work by increasing the amount of diffused oxygen in the pond water, which boosts the growth of aerobic bacteria that are healthy for the water quality.

This type of bacteria breaks down organic matter while also consuming extra nutrients. Once placed in your pond or lake, this system should improve the quality of the water by reducing algae blooms. Before using this type of system, keep in mind that they are considered to be most effective at night, which is when you should think about using them if they aren’t going to be operating on a 24/7 basis. 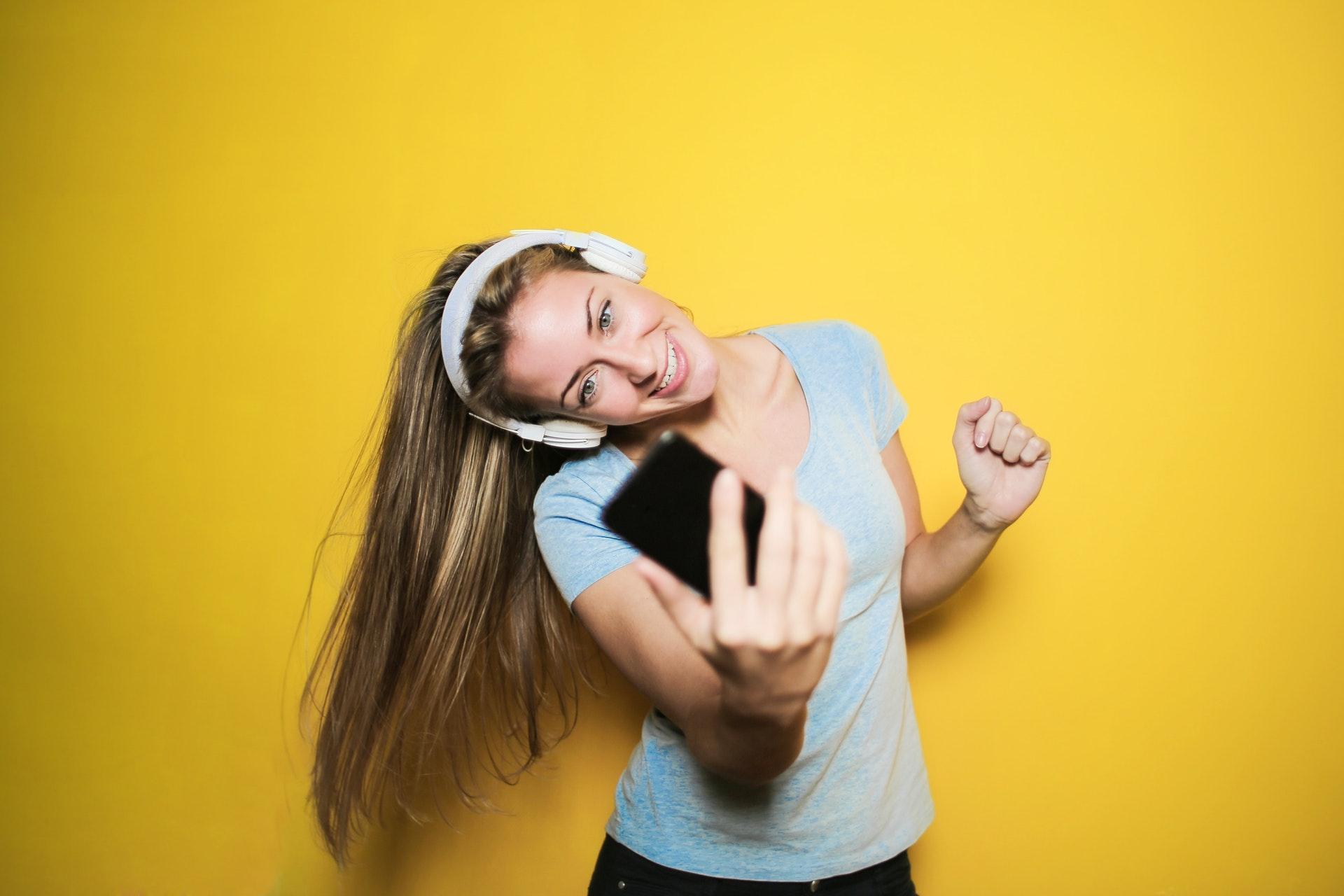 You might want to look into ultrasonic algae control for a more effective algae control method. This technique uses ultrasound technology to eliminate around 90 percent of the algae that currently exists in the water while also preventing the development of new algae. The sound waves that are produced with this technology are emitted at frequencies that are higher than what can be heard with human hearing. When placed at a certain frequency, ultrasound technology can control the growth of algae in a pond or lake.

Single algae cells grow at a rapid pace when they are introduced to sunlight, which allows them to benefit from the photosynthesis process. In order for the algae in pond water to obtain the amount of sunlight they require for the photosynthesis process to occur, they must remain near the top of the water throughout the day before sinking to the bottom at night. When introduced to a body of water, ultrasound waves are able to create an effective sound layer than exists in the uppermost layer of the water.

This layer creates issues with algae buoyancy, which results in the algae cells sinking directly to the bottom of the pond or lake when they should be benefiting from photosynthesis. Since they cannot obtain the food they require to grow, the algae will eventually die. The exact frequency that’s used with this control method depends on the type of algae that you want to eliminate.

Keep in mind that it’s possible for algae to eventually adapt to ultrasonic algae control, which means that this technique may not always be as effective. To account for this issue, the ultrasonic frequency will need to be adjusted regularly. This specific technology is known to be friendly to the environment, which means that you can use it for algae control without issue. 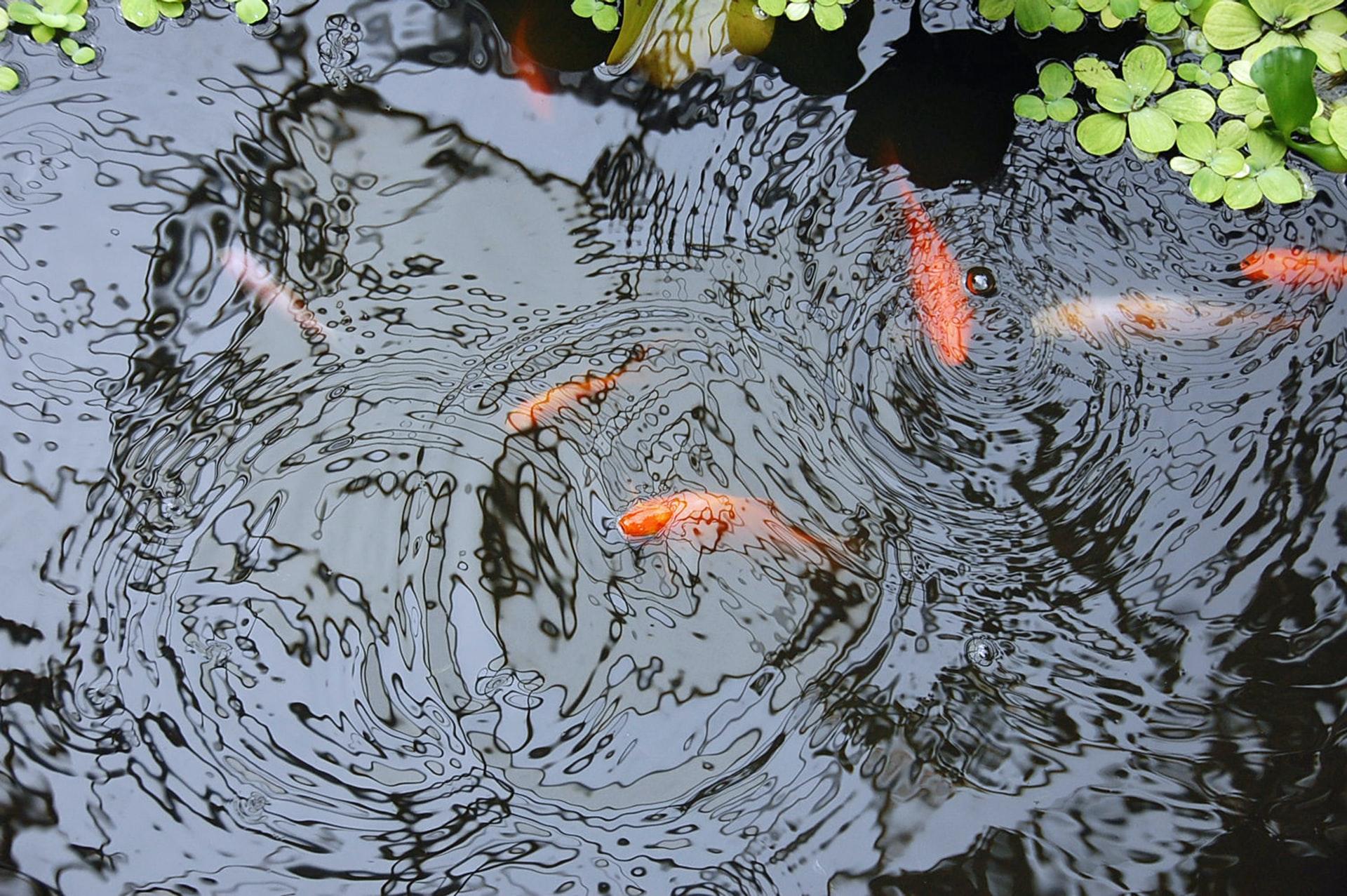 Limiting algae growth in your local pond or lake is beneficial for a number of reasons. Though not directly harmful, various types of algae are able to cause pond water to change colors, which can turn crystal clear water into an unsightly green or yellow color that no one will want to be around. The development of algae blooms is also harmful for the fish that live in the water, which affects the entire ecosystem. If you use the pond or lake for fishing, algae growth can make it difficult for you to catch fish. In the event that your water supply becomes contaminated from algae, consistent exposure to this substance can create health problems, odor issues, and a poor taste with the water.

If you want to avoid all of these problems, it’s highly recommended that you do what you can to minimize algae growth and maintain the quality of your pond water. To start controlling algae growth, you should try to avoid the introduction of excess nutrients to the water supply, which can involve placing certain plants around the pond as well as avoiding mowing in the general vicinity. Biological augmentation is another easy way to reduce how much algae exists in the pond water. For more long-lasting techniques, consider running a pond aeration system constantly or using ultrasonic algae control. The fish life and local wildlife will benefit significantly from a reduction in algae blooms. The long-term removal of algae can also lead to clear and healthy water that’s free of harmful nutrients.