When getting rid of ice on roadways, among the more effective solutions used on these roadways is salt brine, which is a very basic mixture of 23 percent salt and 77 percent water. This mixture is typically applied to roadways before the onset of a storm, which helps to make sure that any ice or snow that falls doesn’t stick to the roads. When salt brine is placed on the roadways before a storm, it becomes easier for ice and snow to be plowed from the roads once the storm is finished. In the event that salt brine is used properly, it’s possible that you won’t need to apply standard road salt to the roadways after the storm, which can reduce your overall costs.

The reason that salt brine is highly effective for areas of cold temperatures where snow falls on a regular basis is because a brine solution allows for a liquid to be applied to the road, which makes it much better for preventing ice and snow accumulation when compared to standard rock salt. Unless rock salt combines with brine, it won’t be able to prevent snow from accumulating, which is why salt brine is recommended for preventing the accumulation of ice and snow. Salt brine is also commonly used for many other applications, which include everything from preserving food to purifying water. This article offers up a detailed look at how and why salt brine is applied to roads for liquid deicing purposes.

How to Treat Asphalt, Brick, and Concrete surfaces 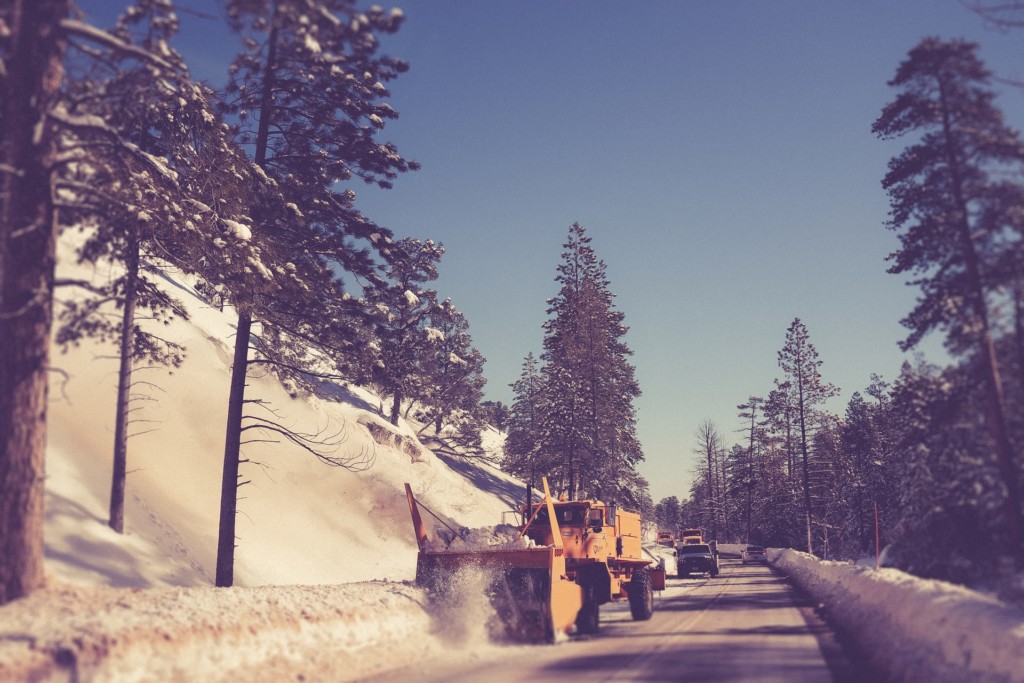 Whether you are treating an asphalt or brick surface, it’s important that you use the right solution to ensure that snow or ice doesn’t stick to the surface. The three primary treatments that can be used on asphalt, brick, and concrete surfaces include anti-icing, deicing, and Direct Liquid Treatment.

This is a unique treatment solution that aims to prevent the buildup of ice or snow on roadways. The deicing material that you use should be applied to the surface before the snow or ice event in question, which will keep the snow or ice from bonding to the surface. If you decide to use a brine solution, it will need to be placed on the roadway before it starts to snow. While anti-icing is typically used to reduce the amount of snow that accumulates on roadways, it’s also effective at getting rid of black ice. Keep in mind that brine is most effective at temperatures that are at or above 20 degrees Fahrenheit.

As touched upon previously, you shouldn’t use a deicing material on the road if the temperature of the pavement is below 20 degrees Fahrenheit. You can use a plow truck or flatbed to release the deicing agent onto the road. If you decide to use a brine solution, make sure that the liquid is applied consistently to the roadways. Once applied, the surfaces should only be damp. Placing too much brine on the road increases the costs for no added benefit.

Direct Liquid Application is an advanced technique that you can use to apply the liquid treatment solution you use directly to the roadway in question. This solution is typically a salt brine with a mixture of 23 percent salt and 77 percent water. You can use DLA before or after a snow storm depending on your goal.

It’s also possible to use this technique to prevent black ice from forming. If you reapply the solution to the roadway every two hours while a snow storm is ongoing, black ice shouldn’t form.While each snow or ice storm is different, DLA should be highly effective. By using this specific technique, you can save money on materials, reduce post-storm cleanup requirements, and produce instantaneous results. 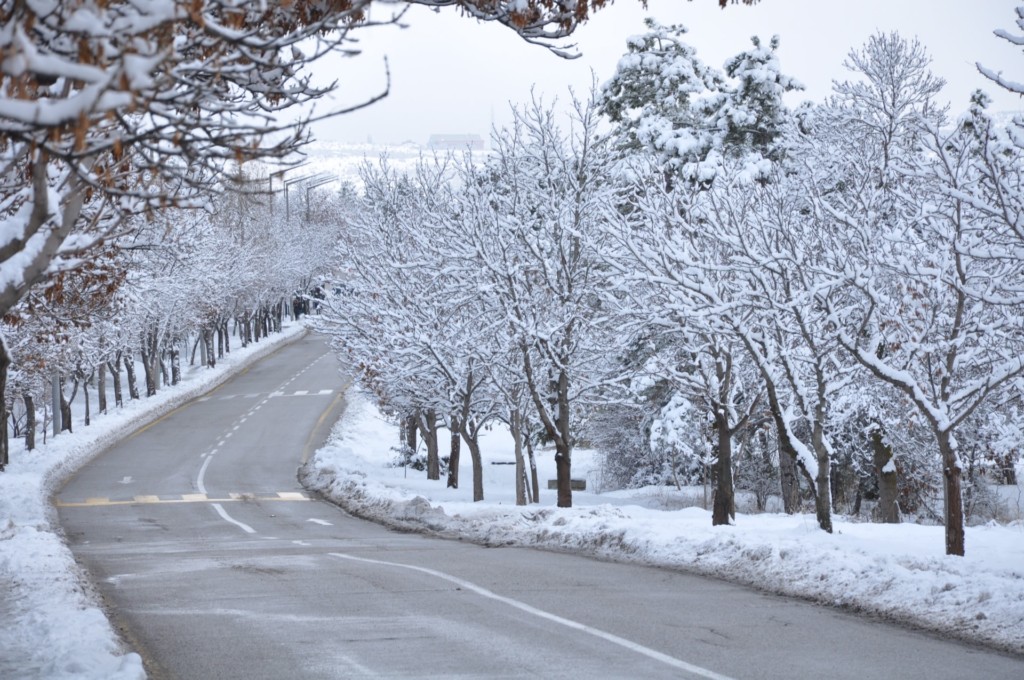 When you’re attempting to prevent black ice or clear up roadways following a snow storm, it’s important that you use the ideal solution that’s highly effective without being too costly. The two primary solutions available to you include rock salt and salt brine, both of which have their own distinct advantages.

Salt Brine is a simple solution that’s comprised of 23 percent salt and 77 percent water. When combining salt and water, the solution you end up with will have a lower freezing point than water that doesn’t include salt. As such, the application of salt brine to roadways can lessen how much ice and snow adheres to the roads. It’s possible to make a brine with magnesium chloride, sodium chloride, or calcium chloride. The exact freezing point of brine depends on how much salt you add to the water.

As for rock salt, this substance is similar to table salt without being as refined. This salt consists of sodium chloride crystals that can be applied to roads after the snow storm has occurred and the roads have been plowed. While brine can stop snow or freezing rain from sticking to the roadways, rock salt is unable to do so until it is mixed with a brine solution. Many agencies that opt to use rock salt will do so in an attempt to create a brine solution. If the rock salt mixes with freezing rain, ice, or snow, brine should be created.

The main problem with using rock salt is that the amount of rock salt you use will need to increase as the temperature dips. It’s also important to understand that around 20 percent of rock salt that’s spread over the road will bounce off the surface, which means that you need to use more of the solution to provide similar results to salt brine. Because of the inherent issues and drawbacks that come with using rock salt, it’s highly recommended that you opt for salt brine.

How to Remove Salt Brine From Your Car 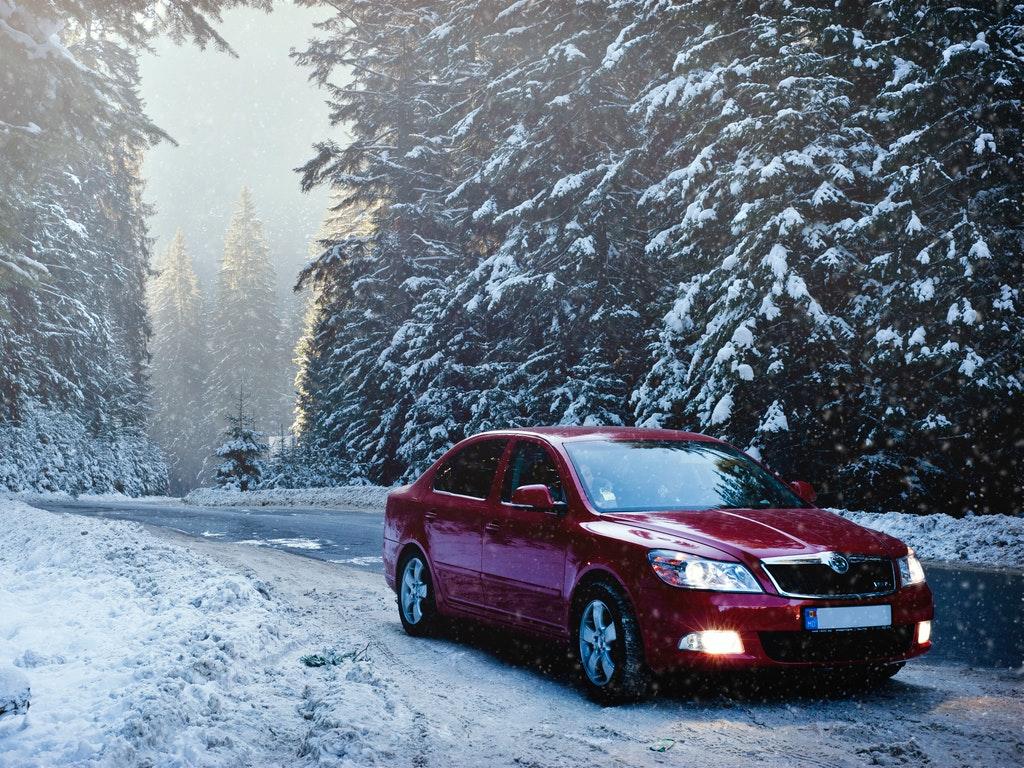 The only problem with using salt brine is that the solution has the propensity to stick to cars. While salt brine is very effective at keeping snow and ice from sticking to the road, it can also be very damaging to your car. When you drive over a brine solution, it will coat the underside of your vehicle. Unfortunately, both water and salt can cause steel and iron to rust, which means that your vehicle will be damaged if you don’t quickly wash the brine off your vehicle.

To that end, you might want to use Salt Away, which is a powerful concentrate that can be mixed with water and sprayed onto your vehicle. When this solution comes into contact with the brine on your car, it will dissolve and eradicate any of the salt that remains on the surface, which isn’t possible with water alone. This substance can be used on any surface. Because a salt and water combination is highly corrosive, using Salt Away should prevent rust from developing.

Measuring the Concentration of Salt Brine

If you want to maintain the right mixture of salt and water for your salt brine solution, it’s important that you measure the concentration of salt brine. In order for roads to be properly deiced, it’s essential that you use the right mixture of salt and water, which is known to be 23 percent of salt and 77 percent of water. When you obtain this exact measurement, the freezing point of the solution will be -6 degrees Fahrenheit, which allows it to be effective at a wide range of surface temperatures.

If you decide to use salt brine to preserve grape leaves or other foods, you would better benefit from a salt concentration that’s situated between 3.5-10.0 percent. If you control the concentration of the brine solution, you can more effectively deice your roads, which reduces the overall costs. Conductivity plays an important role in making salt brine since conductivity determines how well a solution is able to conduct electricity.

While pure water has a low conductivity because of the low amount of particles and contaminants within, salt brine will invariably come with a high conductivity reading of at least 72 mS/cm. In order to use conductivity to make salt brine, you will need to choose a conductivity sensor that comes with a cell constant, which ensures that your measurements are precise and wholly accurate. With the right conductivity sensor in hand, your salt brine solution will be ready for deicing when the winter arrives.

Getting rid of the ice and snow that accumulates on roads can be a difficult process if you decide to use rock salt. Even though rock salt can be effective at getting rid of snow and ice once the salt mixes in with the water on the ground, it’s unable to prevent the liquid from sticking to the road in the first place, which is why you should consider using salt brine. The solution is easy to make and should provide you with fantastic results.