River water is highly important to us and the surrounding environment. The water that flows through rivers carries nutrients all over the world, which ensures that the plants get the nutrients they need to survive. Rivers also play a significant role within the water cycle. Around 75 percent of the surface water around the world flows into rivers before the water is emptied into oceans.

While rivers take on surface water that has become polluted, the moving water ensures that pollutants are decomposed and diluted, which helps to keep the rivers and oceans clean. Unfortunately, many streams and rivers throughout the world have become too polluted and are unable to dilute the pollution at an acceptable rate, which means that the water that flows into the oceans is more polluted than it should be.

The main reason for why many rivers are more polluted than you might expect is because the three main sources of pollution are primarily situated alongside rivers. These sources include domestic, industrial, and agricultural sources. This article offers a comprehensive look at the quality of river water as well as riverbank filtration.

What Are the Two Largest Factors in River Water?

When attempting to understand river water and how it maintains its quality, it’s important to know that there are two primary factors involved in river water, which include oxygen and dissolved oxygen. Oxygen is the primary indicator of the quality of water. A small amount of the oxygen in the water will dissolve, which results in the creation of dissolved oxygen that’s essential for the survival of aquatic life.

Oxygen plays a substantial role in many facets of water quality and can dictate how water will taste, smell, and look. Over the past decade, economic studies have shown that rivers within areas that have high income levels will generally have higher oxygen levels in the water, which means that the water will be at a higher quality.

While many rivers are benefiting from higher oxygen levels, it’s also important to note that the nitrate concentration in river water is much higher than it should be for most rivers. Nitrate is considered to be a groundwater contaminant, which means that the presence of high levels of nitrate indicates that the water is of a poor quality. In many rivers throughout Europe, it’s been found that nitrate levels are at least four times greater than what is typically found in nature.

If you’re looking to test river water to determine its quality, you should primarily measure the pH levels of the water. The pH scale extends from 1-14. When you obtain a pH measurement below seven, the water will be acidic, which means that it will be high in contaminants. When water has a pH level that’s higher than seven, it’s considered to be alkaline. While it’s better for water to be alkaline than acidic, the ideal pH levels for water are anything from 6.5-8.5. 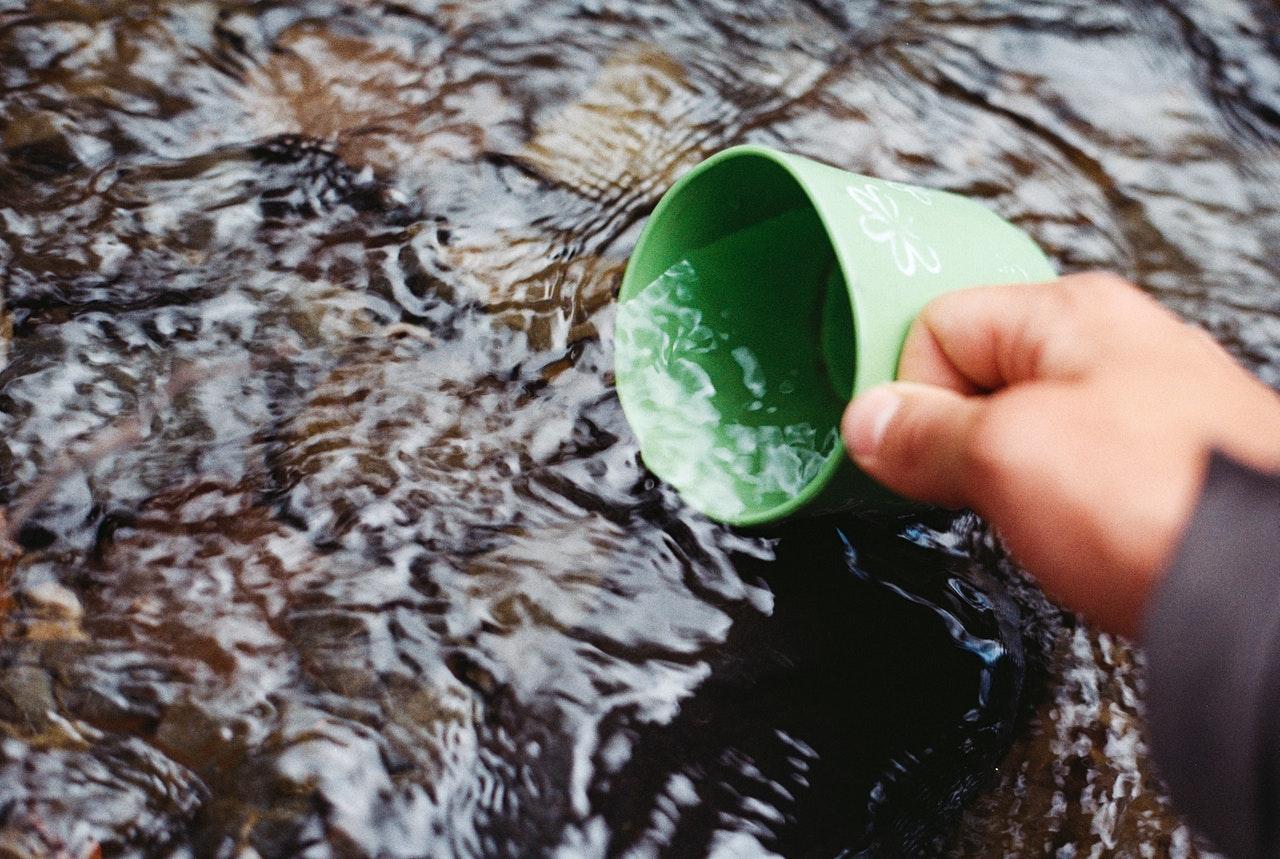 At 2,341 miles long, the Missouri River is the largest river in the United States, which is only slightly larger than the Mississippi River that comes in at 2,320 miles long. To understand more about the many issues with river water quality, you should know more about the quality of the water within the Colorado River Basin. The Colorado River is a highly regulated river that provides drinking water to nearly 25 million people while also providing water for around 3.5 million acres of natural farmland.

The water within the Colorado River is also used for the generation of electric power, for recreational purposes, and for industrial purposes. There are around 10 reservoirs situated within the lower basin and 83 reservoirs located in the upper basin that are used to store up to four years of water flow. The regulations that dictate how the water from the Colorado River is used have been created via twelve separate legal agreements, contracts, compacts, and legislation on a state and federal basis.

Because of how regulated the Colorado River is, there are significant issues that affect the quality of the water, the most prevalent of which is salinity. The salinity of water refers to the saltiness of water. When water has a high salinity concentration, this means that the water consists of a high amount of contaminants that have made the water less pure. The main sources of salinity within the Colorado River include nearby irrigation return flows pertaining to agriculture and saline soils throughout the Colorado Plateau.

Along the headwaters of the river, salinity levels are around 40-45 milligrams per liter. On the other hand, salinity concentration can reach as high as 900 milligrams for every liter around the international boundary that separates Mexico and the U.S. Salinity concentrations are affected by urbanization, agricultural practices, population growth, and mining.

The modifications and alterations that have taken place throughout the Colorado River have also impacted water quality. These modifications include dams and various irrigation diversions. Dams are known to reduce the transport of sediments in the water, which has caused a decline in native fish species, odd water temperature fluctuations, and reduced flow.

When you’re measuring the quality of water, salinity levels can be determined by measuring conductivity. The conductivity of water refers to the ability of an electrical current to pass through the water. If water has high amounts of salinity in it, this typically results in a high conductivity reading. Because water with a high amount of salinity is comprised of too many contaminants, the fish and other wildlife in rivers will find it more difficult to survive in water with high saline concentrations. 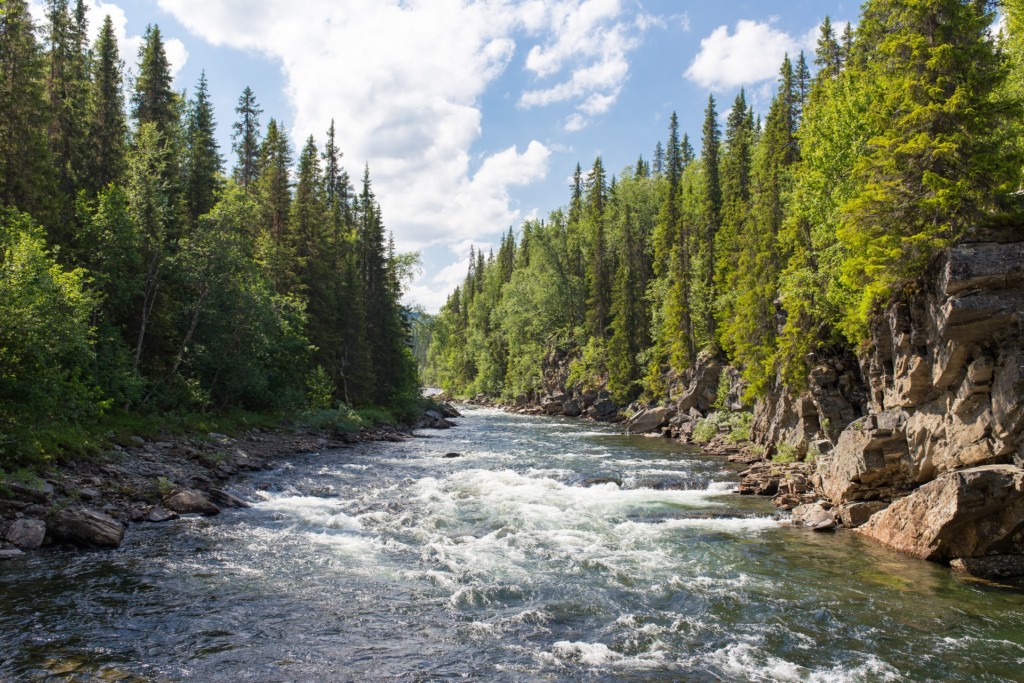 It’s possible to filter river water for the purpose of removing contaminants and effectively purifying the water. There are a wide range of systems that can be used for the purpose of filtering river water. The type of water filtering system that you use depends mainly on the source water characteristics, the application for water reuse, energy requirements, environmental constraints, and staff requirements.

When you need to remove nutrients from the water, you can use such processes as biological denitrification, breakpoint chlorination, chemical precipitation, and gas stripping. As for organic constituents, these can be properly removed with advanced filtration processes like reverse osmosis, nano-filtration, and chemical oxidation. For any dissolved solids that remain in the water, both reverse osmosis and electrodialysis can be effective.

If you want to be able to reuse water, it’s important that you look into these filtration methods and techniques. While different types of filtration are effective for different purposes, the main goal of filtration is to make sure that the quality of the river water becomes more pure. Filtration systems are easy to find for the private home setting and will allow you to remove any solids from your drinking water, which should keep you healthier and allow the water to taste better.

As for the industrial business sectors, water filtration is integral for a myriad of processes. For instance, the entire purpose of wastewater treatment facilities is to filter all of the waste and contaminants from the water so that the water can be effectively reused. If you want to make sure that your drinking water is free from contaminants or that the pH levels of the water are correct, there are numerous sensors that will provide you with precise readings.

River water is very important for many different reasons. For instance, rivers provide different travel routes for recreation, exploration, and commerce. The water in rivers also carries nutrients to all corners of the earth, which strengthens the environment. Rivers exist as the habitat for many organisms and animals. A number of rare trees and plants will only grow along the banks of rivers. Animals like beavers, otters, and ducks live on riverbanks as well. Some other animals will use rivers for drinking and eating purposes. In Africa, elephants and lions will travel to rivers to obtain drinking water.

Keep in mind that river water is heavily used by farmers and for farming applications. Plains and valleys nearby rivers provide some of the most fertile soils that farmers can benefit from. Even when a farm exists in a dry region, farmers will irrigate the cropland by using water that has been taken through irrigation ditches from local rivers. Rivers have proven to be a very beneficial energy source as well, which is displayed through the powering of water turbines at hydroelectric plants.

The quality of river water is important for many applications, which is why it’s equally important that people and businesses take steps to filter river water for the purpose of purifying and removing any contaminants from the water. Whether used for drinking water or agricultural reasons, river water plays an important role in public health as well as the health of the environment. While the quality of water is currently worse than it should be across many rivers, the application of riverbank filtration systems may help turn things around.