As a result of urbanization and industrial development, the total amount of arable lands that are suitable for farming has been significantly reduced. It’s believed that over 33 percent of arable lands across the world have been lost in the past four decades. The reduction in arable lands means that farmers and agricultural organizations must find new ways to make use of limited land. One relatively recent revolution within the agriculture industry is the introduction of vertical farming, which produces foods on surfaces that are vertically inclined.

Contents hide
1 How Does Vertical Farming Work?
2 Advantages and Disadvantages of Vertical Farming
2.1 Primary Advantages
2.1.1 Increased Crop Production
2.1.2 Allows You to Prepare for the Future
2.1.3 Uses Less Water
2.1.4 Friendly to Humans and the Environment
2.1.5 Better Production of Various Organic Crops
2.1.6 Unaffected by Poor Weather Conditions
2.2 Primary Disadvantages
2.2.1 Problems with Pollination
2.2.2 Economics Have Yet to Be Established
2.2.3 Too Dependent on Modern Technology
2.2.4 High Labor Costs
3 How Vertical Farming in the U.S. Occurs

While crops and vegetables are typically planted on one level, vertical farming allows farmers to make better use of space. Even though greenhouses and fields are still effective at providing farmers with space to grow their crops, the reduction in arable land means that additional solutions are needed. By producing food in vertical layers with stacked plants, it’s possible to grow crops and food in warehouses, skyscrapers, and shipping containers. Since this farming technique is used within indoor spaces, it utilizes a certain indoor farming technology that’s known as controlled environment agriculture. CEA uses hydroponic methods of planting and growing crops. The goal of this technology is to maximize the output of crops within limited space.

A top benefit of using vertical farming is that it uses around 70 percent less water when compared to standard farming techniques. Food demands will continue to be high in the future, which is why it’s important that farmers are able to adapt to the challenges that they face. It’s important to understand that vertical farming isn’t intended to act as a replacement for standard farming techniques. Instead, it serves to strengthen and expand agriculture. This article offers a comprehensive guide to vertical farming and the benefits that it can provide to anyone who’s interested in farming.

How Does Vertical Farming Work?

Advantages and Disadvantages of Vertical Farming

Vertical farming allows you to make much better use of space by expanding how many crops can be placed in each square foot of space. A single acre of vertical farming can produce crops that are equivalent to the amount that can be produced on around five acres of outdoor land. Keep in mind that the use of indoor technologies also means that crops can be grown all throughout the year. With a controlled indoor environment, the crops that you grow won’t be susceptible to the changing weather conditions that present challenges to many farmers.

Allows You to Prepare for the Future

According to recent estimates, nearly 80 percent of the total population in the world will likely live within urban areas. Because of the increasing population, the demand for food will also increase, which means that agriculture must identify how to solve two problems at once. Because vertical farming provides a significant boost to the efficiency of crop production, it’s believed that this form of farming will play a large role in the future of agriculture.

When implemented correctly, vertical farming should use around 75-90 percent less water when compared to more traditional types of farming. Lower water use equates to a more environmentally friendly farming method.

Friendly to Humans and the Environment 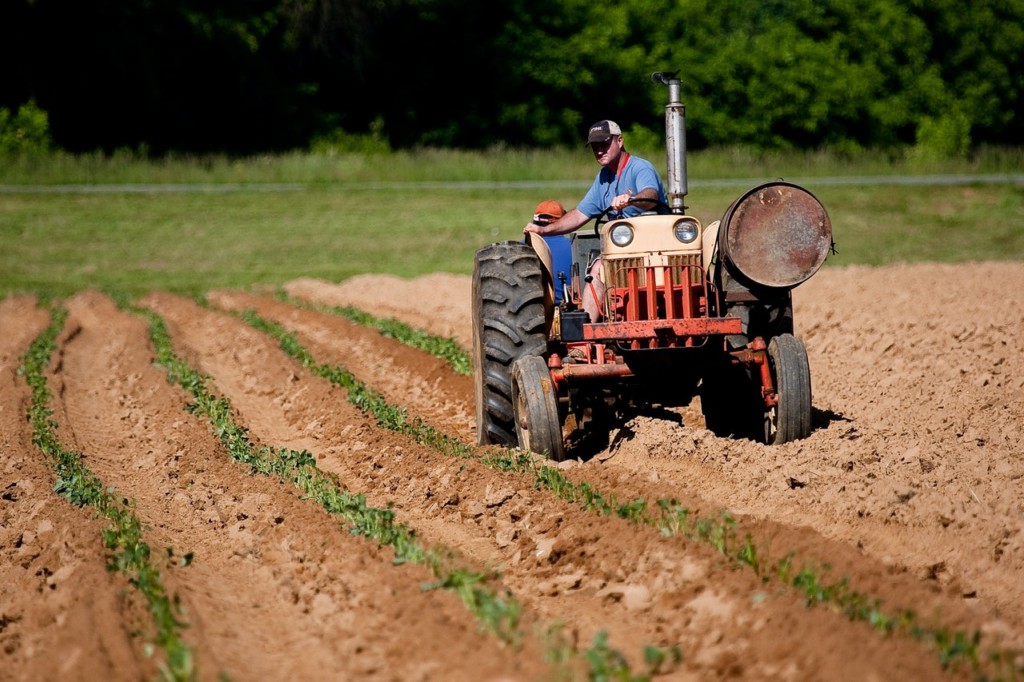 Traditional farming methods come with many occupational hazards that farmers will need to navigate. These hazards include everything from poisonous chemicals and malaria to injury from heavy farming equipment. When performing indoor vertical farming, most of these hazards shouldn’t be a factor. This type of farming is also great for biodiversity since trees and animals aren’t disturbed.

Organic crops are considered to be healthier than standard crops since they are made without the use of different chemical pesticides. When the indoor environment of a vertical farm is properly controlled, chemical pesticides aren’t necessary.

Likely the most challenging aspect of running a traditional farm and growing crops in a field is the poor weather that can occur throughout every season of the year. Whether a lengthy drought takes place or torrential rains create waterlogged soil, farming is more difficult and unpredictable when the crops are planted outside. Keep in mind that these adverse weather conditions are becoming more and more common because of climate change. If your vertical farm was situated correctly, inclement weather shouldn’t be a concern.

Vertical farming has a variety of limitations that aren’t seen with standard farming techniques, the primary of which involves issues with pollination. Since vertical farming occurs within a controlled environment, insects aren’t present in the farming area. The downside of this is that insects are needed for pollination, which means that the pollination process must be performed manually with a vertical farm. This process takes an ample amount of time and money to complete.

Economics Have Yet to Be Established

It has yet to be determined what the economics of vertical farming are. In the event that new buildings need to be made to support this type of farming, the costs of labor, lighting, and heating should be taken into account. When creating a vertical farm with a size of 60 hectares, construction for a building that’s large enough for this farm might cost as much as $100 million. These buildings would also be situated in urban locations that are considerably more expensive than the rural locations of most farms. On the other hand, many startups with a focus on vertical farming are receiving the funding that they require to support their indoor farming efforts.

Too Dependent on Modern Technology 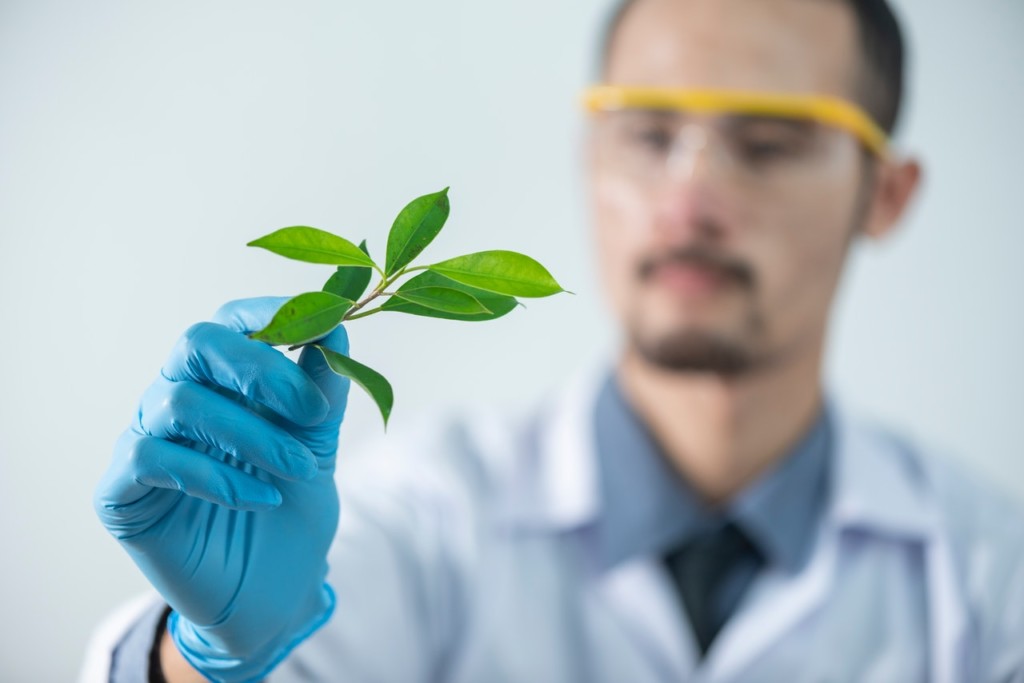 Labor costs can be very high when attempting to maintain a vertical farm. Since these farms are situated in urban areas, hiring employees to manage the farm will be costly. You can offset some of these costs by automating a number of the processes that are performed with vertical farming.

How Vertical Farming in the U.S. Occurs

Vertical farming is becoming increasingly popular throughout the U.S. The industry is expected to see growth of just under 25 percent from 2018-2024 for annual revenues of $3 billion. At the moment, crops and plants that have been grown in vertical farms all over the country can be found in over 20 supermarket chains. While the growth of this industry is extensive, there have been some issues with scaling. Many vertical farms are finding it difficult to add extra facilities because of the high amount of capital needed for such expansion.

Despite these issues, vertical farming is considered to be among the top solutions for addressing food security questions. Food security involves the availability of food and the access that people have to it. Since vertical farming makes it easier to produce crops and food in urban areas, food security is effectively strengthened. Even though the costs of creating a vertical farm are currently high, farmers are finding new ways to reduce costs, bolster efficiency, and make good use of available space. These continued advancements point towards a sustained revolution in agriculture.