What is an Odor Scrubber and How Does it Affect Our Environment?

Wastewater treatment plants are highly important facilities that can effectively remove contaminants from residential and commercial sewage. Once the water has been treated, it can be reused or sent out into the environment. Among the most critical components of any wastewater treatment plant is an odor scrubber. When installed correctly, these scrubbers are able to control odors that naturally occur during the treatment process.

Before odor scrubbers existed, wastewater treatment systems aimed to skim larger contaminants from the wastewater, which helped to reduce the water’s biochemical oxygen demand. During this process, microbes would use sulfate ions in the water as their main source of oxygen. This exact process caused hydrogen sulfide to be produced, which brought about a rotten-egg smell that permeated through the surrounding air and spread to the area surrounding the plant.

Along with creating a strong odor, hydrogen sulfide can produce more problems in the environment and the wastewater treatment facility. This gas is known to be highly corrosive to various metals, which can damage facility equipment and worsen efficiency. Hydrogen sulfide gas is also flammable and explosive. Likely the most harmful aspect of hydrogen sulfide gas is that it can produce other gases and toxic vapors, the primary of which is sulfur dioxide. At high levels of more than 100ppm, the gas can be toxic to plant workers and damaging to the environment.

Odor scrubbers are designed to eliminate this issue entirely by absorbing soluble gases into water or a chemical reactant. These gases and pollutants are then converted into a liquid, which allows them to be completely neutralized and destroyed. While it’s common for odor scrubbers to be used in wastewater treatment facilities, they can also be used to eliminate odors produced during metal finishing, food processing, chemical processing, and fertilizer production.

Even though the main function of wastewater treatment facilities is to remove contaminants from sewage and other water types, it’s also important to make sure that the air quality within the facility is at optimal levels. As mentioned previously, the fumes created from standard treatment processes can be hazardous to workers, damaging to facility equipment, and harmful to the environment. Because of how harmful these fumes can be, OSHA has warned about the dangers of hydrogen sulfide to ensure that facilities understand the importance of properly handling this gas. This article offers a comprehensive look at odor scrubbers and the benefits they provide to the environment.

How an Odor Scrubber Works 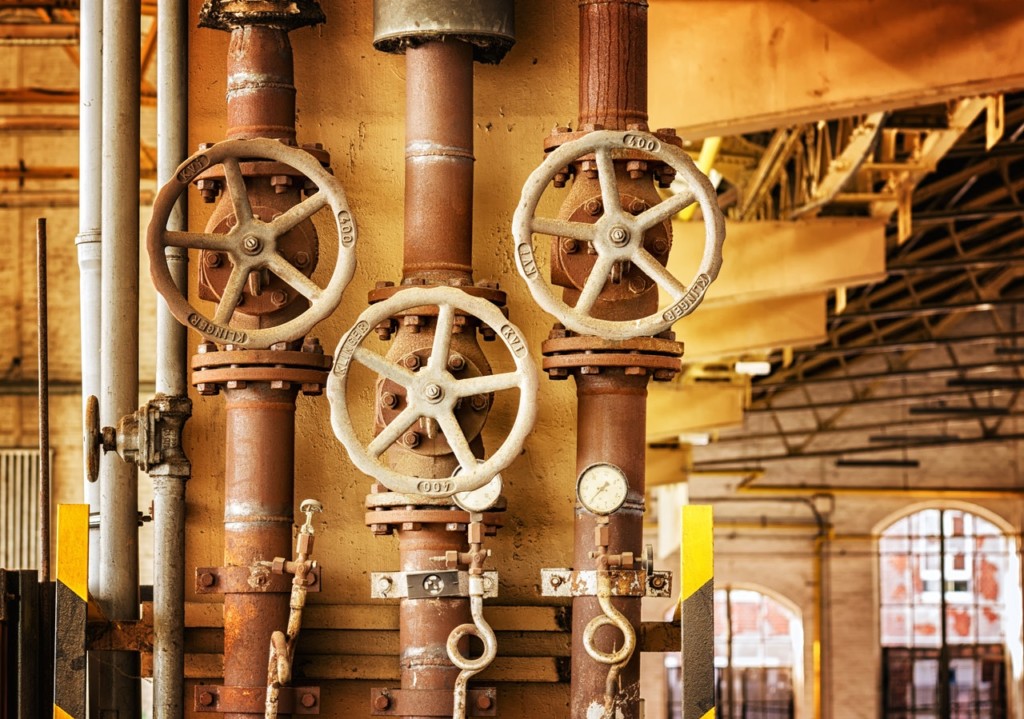 While there are a few odor scrubber types that you can select from, likely the most common scrubber is a wet scrubber. These systems are typically installed along with the grit chambers, bio-solid treatment areas, and wet wells within a wastewater treatment system. The scrubber works by taking in-process air from a fume source before sending it to a scrubber unit. To make sure that contaminants aren’t released from the air before reaching the scrubber, the air is taken in while under negative pressure.

In order for the exhaust fumes to be properly carried over to the scrubbing units via the vents and hoods in your wastewater treatment plant, the treatment system you’re using should be equipped with vent pipes that are made from coated stainless steel. When using this material, the pipes can be practically any length, which could range from 40 feet to several hundred feet.

Because hydrogen sulfide is a highly flammable gas, it’s essential that you use the right pipes in your wastewater treatment system. When the fumes have finally been transferred to the scrubber systems, the pollutants will be effectively converted from a gas into a liquid solution. This process occurs by spraying water and chemical sprays onto the targeted pollutants. The exact sprays that are used depending on the chemical compounds that make up the pollutants. The liquid solution will then be purified.

At this point, the effluent will come into contact with sodium hypochlorite, which can be used to get rid of the sodium hydroxide in the effluent. By using an odor scrubber in your facility, it’s possible to remove flammable, odorous, and toxic gases from your wastewater treatment systems.

As for dry scrubbers, these systems are meant to get rid of all corrosive and odorous gases that are produced in a wastewater treatment facility. The type of media that’s used in a dry scrubber is usually some kind of alumina compound. This compound is combined with other materials that are designed to handle gases like hydrogen sulfide.

When used correctly, the alumina compound absorbs water directly from the air to ensure that the air remains dry. This process can effectively prevent selenium, fluoride, and arsenic from getting into drinking water. Different media can be mixed together depending on the exact gases that need to be removed from a gas stream. Some of the odorous compounds that a dry scrubber can eradicate include volatile organic compounds, aldehydes, and dimethyl sulfide.

The third and final odor scrubber type is a biological scrubber. These systems use packed tower technology to promote the growth of a biological medium on a packing surface. The biological and packing mediums will then be irrigated with water. Most of the pollutants that are found in the gas stream are then absorbed directly into the water before the biological medium dissipates them. Keep in mind that all three of these system types must be regularly maintained to ensure that they are able to properly remove harmful gases from the air. 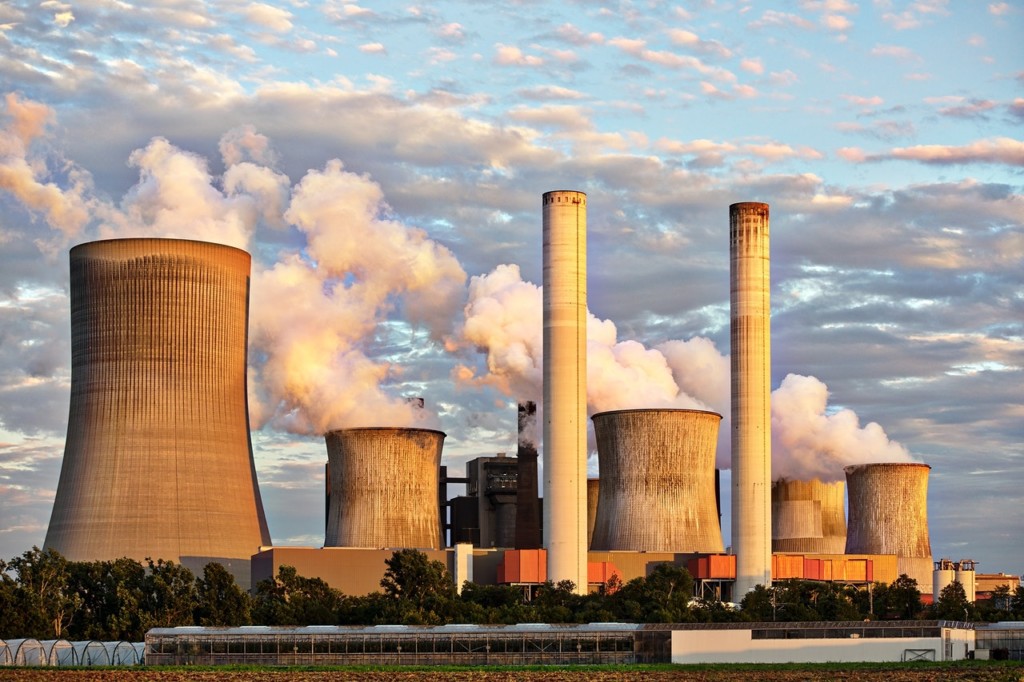 In each of these applications, odors are produced from harmful gases. Even though it’s impossible to prevent these gases from formulating altogether, odor scrubbers can filter and purify the gas stream to eliminate any remaining contaminants. Taking these measures ensures that you can continue to perform industrial processes without needing to worry about the effects that these processes are having on the environment. When looking specifically at potential air scrubber applications, these applications include:

As with the industrial waste processes mentioned previously, the processes that occur in paper mills, food processing facilities, and composting facilities invariably cause harmful gases to be produced that need to be contained to ensure that odors and other harmful issues don’t spread.

Even if the odors are contained within the facility itself, it’s possible for workers at the facility to experience olfactory fatigue, which can reduce their sense of smell and make it more difficult for them to detect poisonous gases. From hydrogen sulfide to nitrogen oxide, odor scrubbers can help you get rid of the majority of hazardous gases that can be produced by industrial processes.

Almost all of the harmful gases that form in wastewater treatment plants and similar facilities can be nullified with an odor scrubber. These gases include:

The majority of these gases are considered to be very harmful to the environment. Gases like methane are known to be greenhouse gases. These gases keep outgoing energy from leaving the earth’s atmosphere, which ensures that high levels of atmospheric heat are retained. Other gases like ammonia and hydrogen sulfide can create significant problems if too many of the gases get into the atmosphere.

Hydrogen sulfide is dangerous primarily because it’s highly flammable. However, it can also damage equipment and create health issues among facility workers. As for ammonia, high concentrations of this gas increase the likelihood that everyone in the vicinity will experience burning of the nose, eyes, respiratory tract, and throat. Too much exposure to this gas can lead to lung damage, blindness, or death. Using an odor scrubber will protect the environment and reduce the risk of hazardous conditions for every person who works at your facility.