How Does an Irrigation Control System Work?

This kind of machinery can be used in any setting that calls for an irrigation or sprinkler system, which can include residential, commercial, and industrial settings. If you grow crops with vertical farming, an irrigation control system would allow you to water your crops at the correct intervals throughout the day. The uses that these systems have depend on the type of system you buy. If you purchase a modern irrigation control system, it should be equipped with a special sensor that monitors weather and other factors to determine when the sprinkler should be turned on and when it should be shut off. You can also modify schedules to make sure that the system only turns on when plants require water.

Along with reducing the amount of work you need to do to keep your sprinkler system active, using an irrigation control system can also help you reduce your monthly water bill. Without this system in place, you could make the mistake of watering your landscape too much or having your sprinkler system turned on at unnecessary times of the day, both of which would lead to high water bills. This article provides an in-depth guide on irrigation control systems and how they operate.

When using an open control loop system, the system’s operator or a set amount of water will determine when the water will be applied. This preset action is then input into the irrigation controller to make sure that the system operates at a specific schedule. External intervention is necessary for an open control loop system to work properly. Control of this system occurs by the amount of water in the system or by the duration that the irrigation system has been turned on.

It’s possible to use both of these parameters in a single open control loop system. For instance, you could use a clock to determine when irrigation begins and set irrigation to stop when a specific volume of water has been sent through the system. The system operator will dictate what these parameters should be. The main advantages of using an open control loop system include widespread availability of the system, low costs, and variety in the types of schedules you can use.

The primary issue with open control loop systems is that they don’t accommodate any changes in the weather. If a large thunderstorm rolls through your area just before the sprinkler system is scheduled to turn on, it will still turn on at the set time. To make sure that your irrigation system is as efficient as possible, open control loop systems will require regular resets.

Sensors within the system will send feedback to the controller, which is how the controller makes decisions. The types of actions that occur depend on what kind of feedback the sensor sends back. Keep in mind that feedback is sent to the controller continuously, which means that quick decisions can be made when it starts to rain or when certain conditions are detected.

In order for a closed loop controller to function properly, it must acquire data of various environmental parameters, which include wind speed, soil moisture, relative humidity, radiation, and temperature. The current state of the closed control loop system will be compared against the system’s desired state, after which a decision will be made based on the comparison. This decision will involve whether to turn the water off or on. Closed control loop systems base their irrigation decisions on three factors, which include:

These systems can vary considerably in their complexity. The most basic type of closed control loop system involves a high-frequency irrigation controller, which is interrupted directly by a moisture sensor. The controller can be set to irrigate at different frequencies. However, irrigation will only occur if the soil moisture sensor indicates that moisture is needed. Closed control loop systems have proven to be very effective at controlling irrigated turf.

The main benefits associated with these systems include low upfront costs, easy installation, and minimal maintenance requirements. On the other hand, there are some drawbacks that you should be aware of. First of all, the sensor in this system must be positioned in the prime location, which can be difficult to identify unless you have extensive knowledge of root and soil moisture dynamics. The variability of the soil properties could also lead to slightly incorrect sensor readings, which would need to be taken into account. 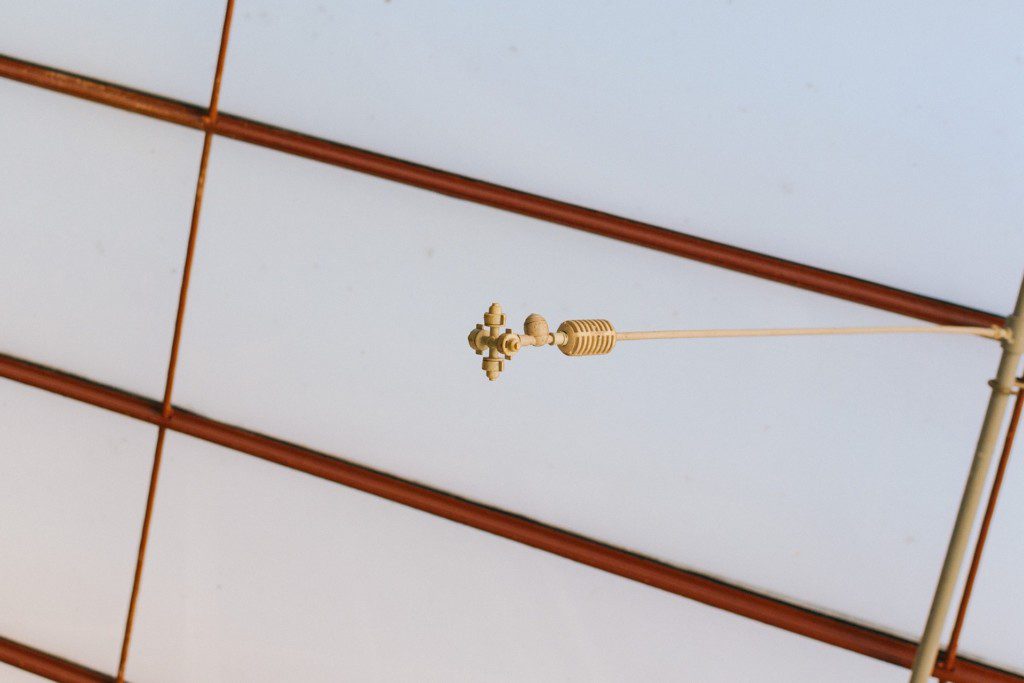 While there are many controller designs to select from, the two most common types include electronic and electromechanical. An electronic controller uses integrated circuits and solid-state to make sure that the control, clock, and memory functions work accordingly. The proper function of these systems depends on the power-line quality. In the event of electrical surges, brownouts, or spikes, an electronic controller could be adversely affected.

Surges and spikes are common during thunderstorms that produce ample amounts of lightning. If you want to make sure that your electronic controller is reliable, you could pair it with an electrical suppression device. These controllers are known for being highly flexible and for providing owners with numerous features at a low cost.

When looking specifically at electromechanical controllers, these devices use mechanical switching and an electrically driven clock in order to properly activate the irrigation system. These controllers are considered to be highly reliable and don’t depend on the quality of your power. Even if a sizable spike or surge occurs with your electricity, the controller should still continue to operate as intended.

When a power outage occurs, the system will remember the programmed schedule and will only remain shut off until power is restored. Even though electromechanical controllers are reliable and long-lasting, they don’t come with a large number of features because of their mechanical design. The timer you choose largely depends on which features are most important to you.