If you require a system that will effectively cool your food processing unit or power plant, the two main types of systems that can be used for numerous cooling purposes include a chiller and a cooling tower. While both of these systems are designed to remove any heat from a liquid before it’s used as a coolant, there are distinct differences between the two systems that you should be fully aware of.

A chiller is a relatively basic system wherein heat is removed directly from the coolant before it’s transferred over to the surrounding air, which is essential for the cooling process. As for a cooling tower, this system is designed to remove heat from any water that’s discharged from the condenser unit. Even though these systems provide similar results, the slight differences between the two are why chillers and cooling towers are typically used for different applications.

If you choose the wrong type of cooling system for your application, it’s possible that it won’t be properly cooled, which could make the system less efficient. The following offers a more detailed guide to the differences between chillers and cooling towers, which should help you make the right choice when selecting a cooling system for your power plant or food processing plant. 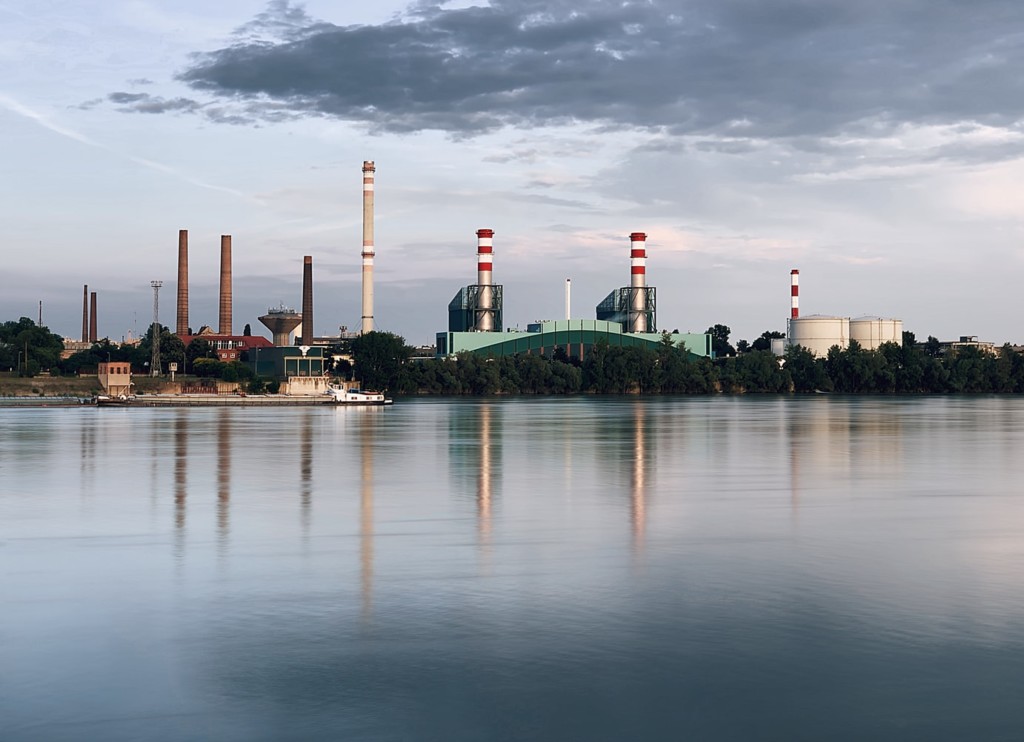 Types of Chillers and Cooling Towers

To best understand the differences between chillers and cooling towers, you should know that there are many types of these cooling systems, each of which functions differently. The main systems that are available to you include:

It’s essential to know about the different types of systems if you want to be certain that you’ve chosen the right one for your industrial application. If you pair one of these systems with the wrong application, it likely won’t perform properly or as efficiently as you want it to. 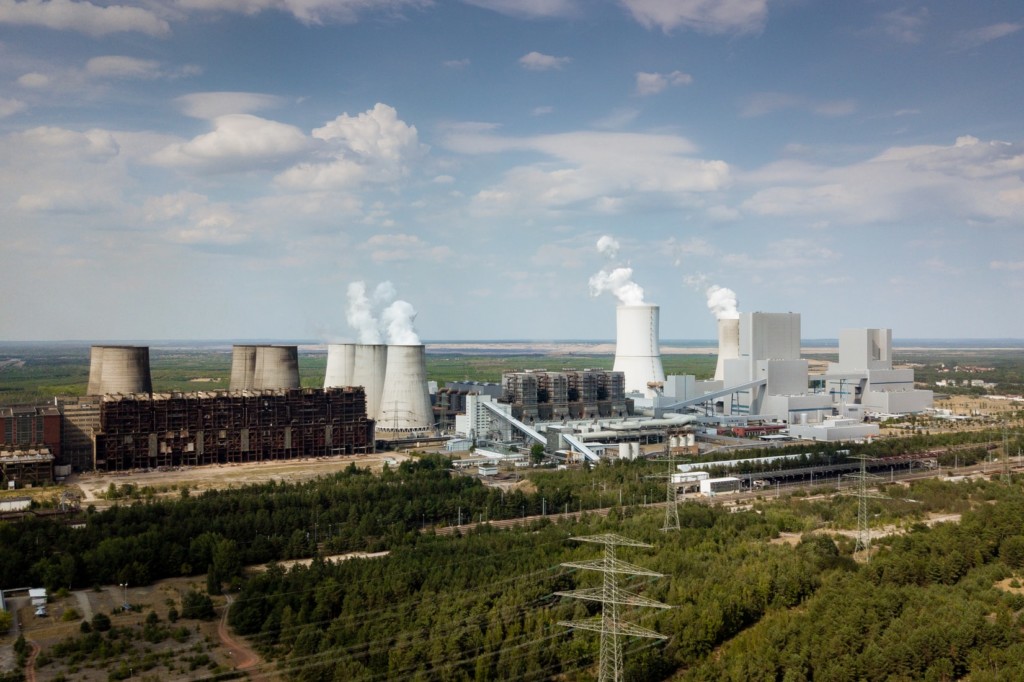 A mechanical draft cooling tower is one of the two types of towers that you can select for cooling purposes. This type of tower uses large fans to pull in cooler air from outside of the tower. Once the cool air enters the system, it’s used to transfer the heat directly from the liquid, which ensures that the hot water is effectively cooled before being circulated throughout the power plant or similar industrial location.

The main types of fans that are used in these towers are centrifugal fans and propeller fans, both of which allow air to be drawn in as opposed to being push outwards. These systems are considered to be highly effective for numerous cooling applications. However, it’s important to understand that the effectiveness of this type of cooling tower is accompanied by higher operating costs. 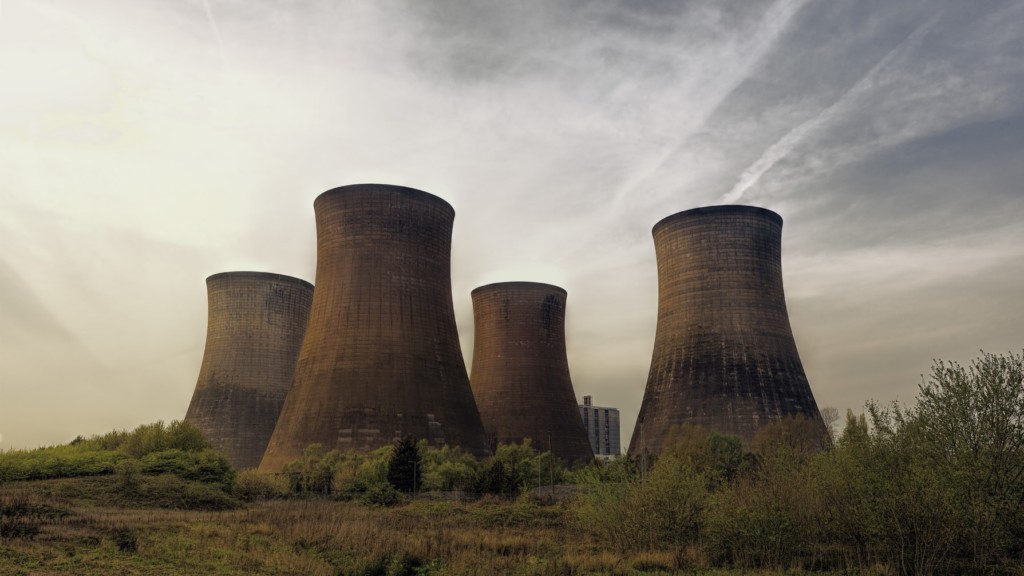 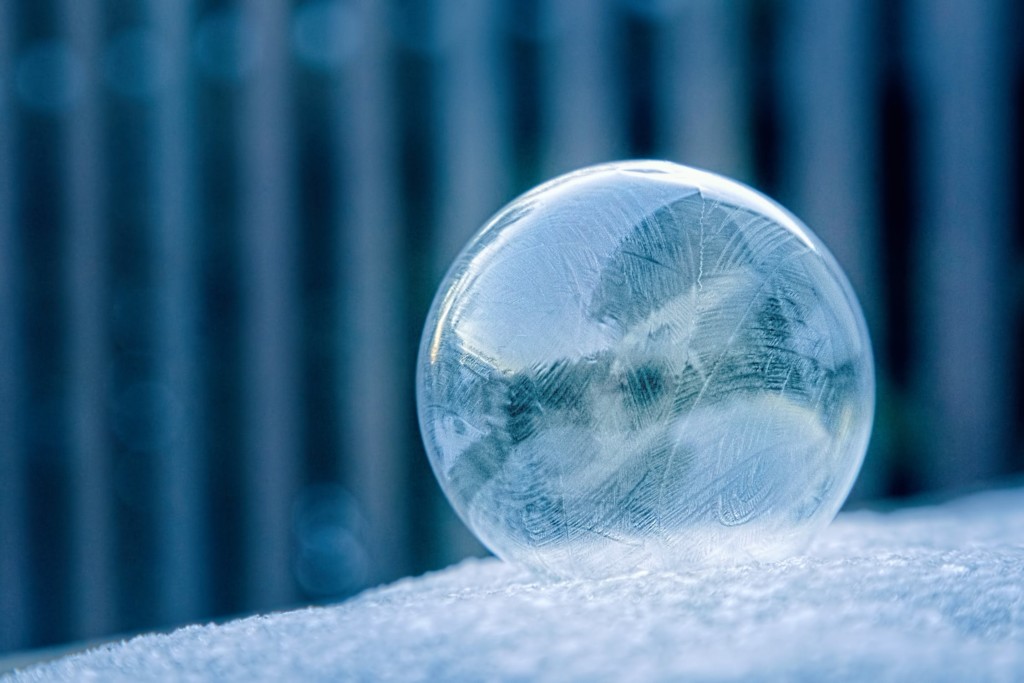 If you decide to use a water-cooled chiller, you should keep in mind that they require the use of condenser water treatment to ensure that any mineral buildup is eliminated. The buildup of mineral deposits causes issues with heat transfer, which means that the efficiency of the water-cooled chiller will be reduced until the issue is cleared up. When you use this system, the cooling tower that it’s combined with will send water to properly cool and condense the primary coolant that you’re using. Any unwanted heat from the chiller will be sent into the cooling tower before being dispersed into the outside air. 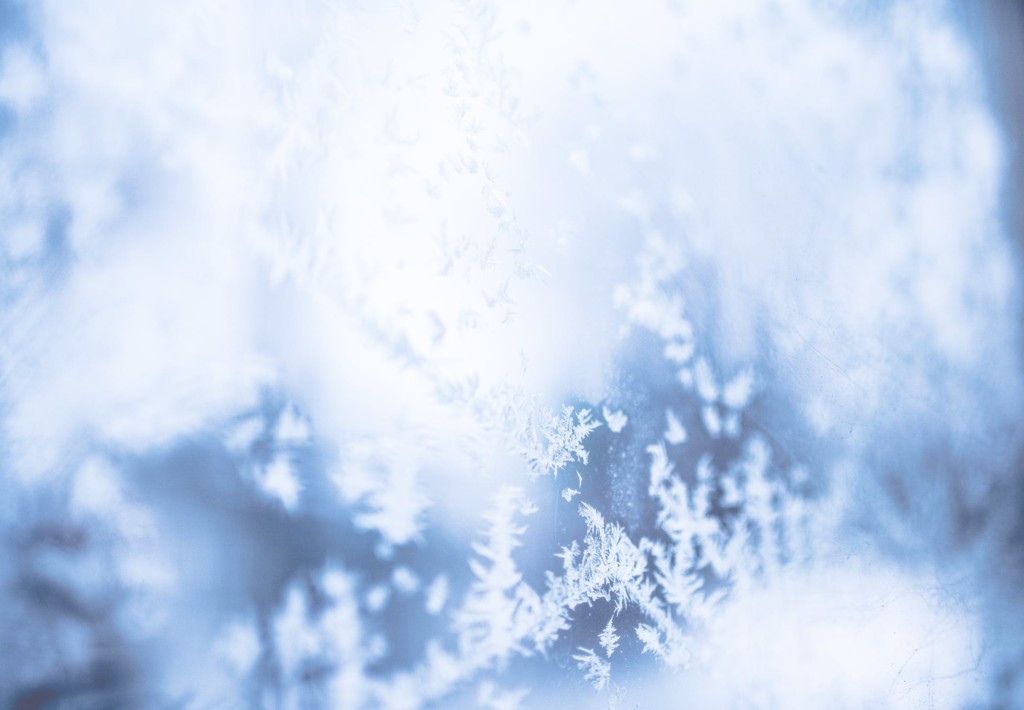 An air-cooled chiller are systems that absorb heat from the water before transferring the heat outside of the system and into the air surrounding the chiller unit. Once the heated air is transferred outside of the unit, it will lower in temperature and turn back into a liquid, which allows for a continuous cooling cycle.

If you believe that your industrial application isn’t going to produce undue amounts of heat, it’s possible that the air-cooled chiller would be effective for you. Any production of excess heat with an air-cooled chiller can actually be beneficial during the cold winter months when the heat could be used to warm the plant and reduce your monthly energy bills. 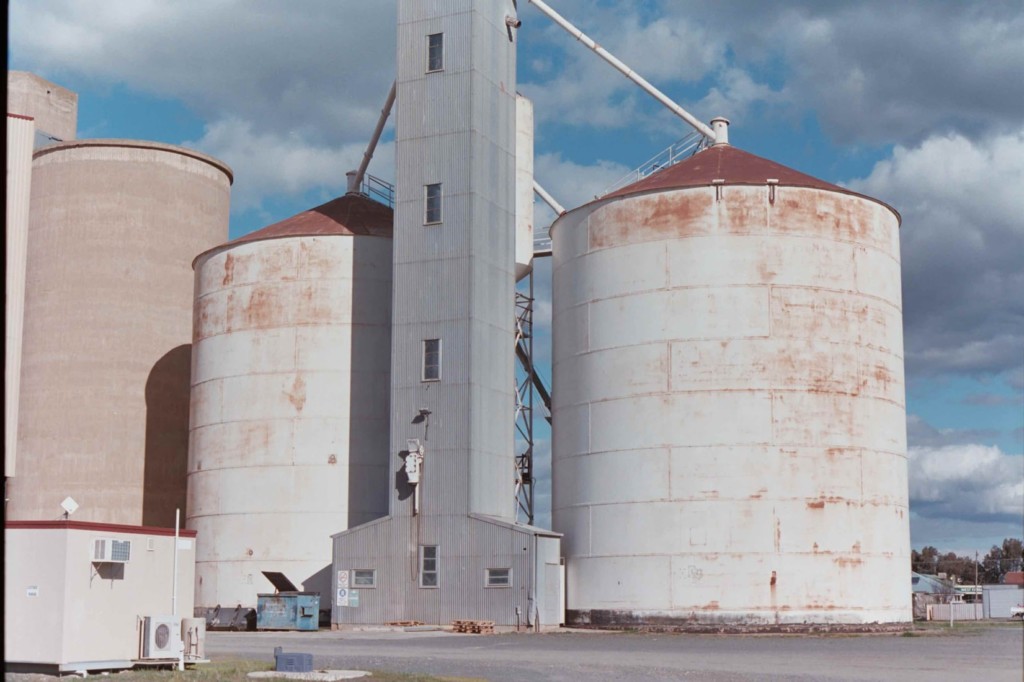 When you’re trying to make a decision about which of these two systems is right for you, you might want to know about the different types of components that are used in chillers and cooling towers.

When looking specifically at chillers, these systems are only comprised of three separate components, which include compressors, evaporator heat exchangers, and condenser heat exchangers. Because of the simplicity of these units, it’s easy to identify which component has malfunctioned if ever an issue occurs during the cooling process. The main goal of the heat exchangers is to effectively remove heat from the liquids before the liquids are sent back to cool the industrial processes.

As for cooling towers, they consist mainly of pumps and a basin. When you use a cooling tower, the pumps send the water throughout the facility in order to cool the area. No matter which type of cooling tower you use for your industrial application, the cooling flow is created when the pumps allow the water to circulate in the tower. The distribution basin that’s used with the cooling tower will collect any of the discharged water. 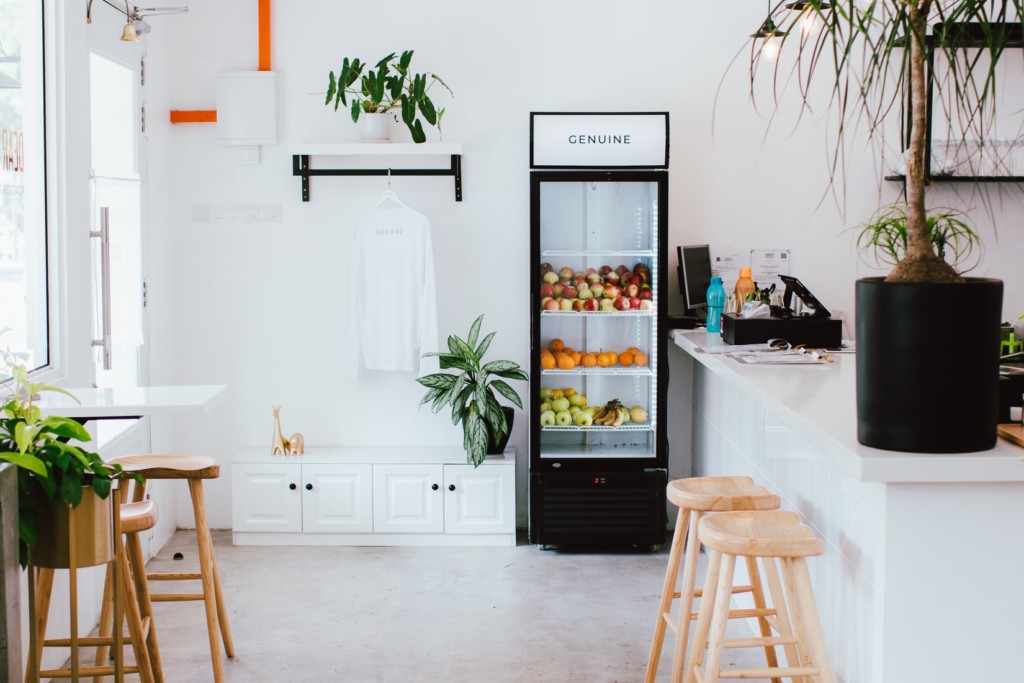 Even though it’s possible to use chillers and cooling towers in the same industries, it’s important to pair the right one with your specific industry if you want to maximize efficiency and keep costs down. The uses and applications of chillers include:

As for cooling towers, these cooling systems are typically used for such applications as:

The higher efficiency of cooling towers makes them more suitable to large-scale applications where high amounts of cooling are required. Any industrial plant that requires continuous cool water flow will typically use a cooling tower. Chillers are used in smaller applications that aren’t directly affected by the discharge of extra heat.

How Do Chillers & Cooling Towers Work Together 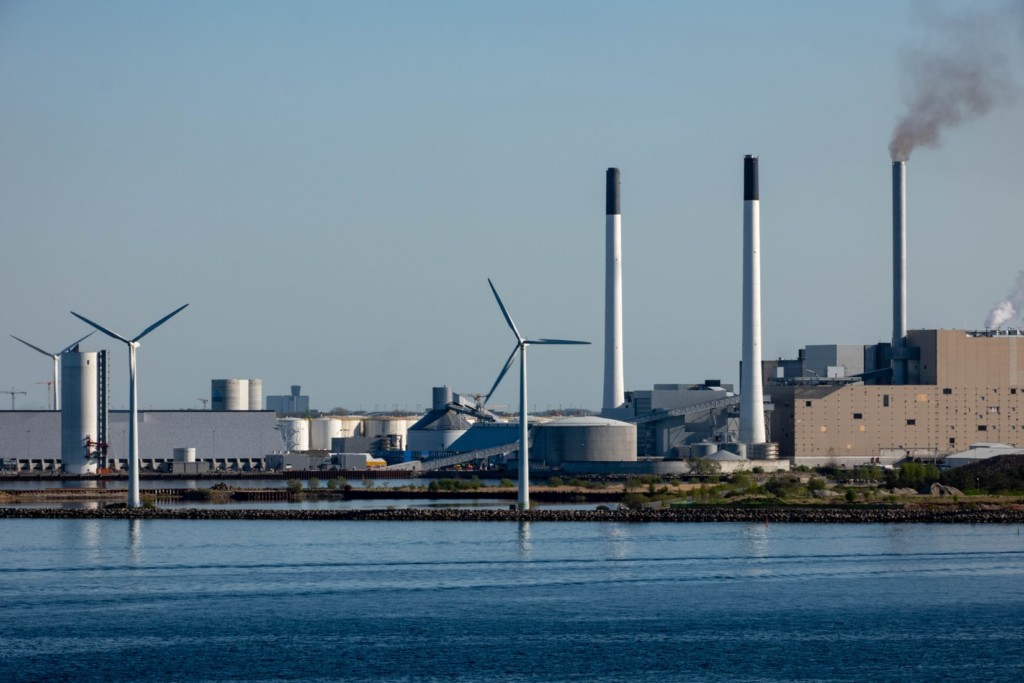 No matter which type of cooling tower or chiller you want to use, among the best aspects of these systems is that they are available in many different sizes. As such, it’s actually possible to combine a smaller chiller with a smaller cooling tower. If you’re using one of these systems for a smaller application or piece of equipment, you can pair a water-cooled or air-cooled chiller with a portable cooling tower directly on the roof of your industrial building. However, it’s also possible to combine larger chillers with cooling towers, which is typically done with water-cooled chillers.

If you want to use these systems in a microbrewery or power plant, combining a large chiller with a sizable cooling tower allows for highly efficient cooling. If you have the budget needed for the up-front costs of these two systems, you should save a significant amount of money in the future. If you’re using these systems at a power plant, it’s possible to create a central-cooling facility by placing the water-cooled chiller on the lowest floor of the building or the air-cooled chiller on the roof. The cooling tower should always be on the roof to make sure that the heat disperses properly in the air.

Understanding Chillers vs. Cooling Towers for Your Business

When you’re selecting a chiller or cooling tower for your food-processing plant or power plant, it’s important that you understand the differences between chillers and cooling towers if you want to select a system that works with your application. If you require an industrial chiller for your winery, it would be unnecessary for you to use a large natural-draft cooling tower since you’re not going to need continual cool water flow throughout the winery. The type of system that you choose depends on such factors as your access to water, the volume of cooling that’s needed, your budget, and the available space that you have.

As mentioned previously, it’s actually possible to use chillers and cooling towers together for more efficient cooling. The decision that you make all depends on your cooling needs. If energy efficiency is highly important for your company, it’s known that chillers are typically less efficient than cooling towers. With this information in mind, you can make an informed decision.

To learn more about the differences between chillers and cooling towers or to inquire about the water sensors and equipment that we provide here, call Sensorex or view the extensive catalog of our products.