The vast majority of people in the U.S. live in different municipalities. A municipality is a town, city, or village that has created a local government. This government usually consists of fire departments, water treatment facilities, and police departments. A key benefit of owning a home or renting in a municipality is that you will have easy access to potable water, which refers to drinkable water.

The easiest way for homeowners to access municipal water is by turning on any taps throughout their homes. When you take a shower or wash dishes, the water that you use for these tasks is considered to be municipal water. Unlike well water that must be treated by the homeowner, municipalities are required to treat the water that they distribute before it gets sent to homes and industrial facilities. These requirements are set by the EPA.

In the event that municipal water becomes contaminated and isn’t effectively treated, the viruses and bacteria that seep into the water can get into underground reservoirs. It’s also possible that the contaminated water will flow through many miles of pipes before reaching homes and office buildings. This level of contamination can lead to severe illnesses and diseases among the people who drink the water. Because of these issues, most municipalities take extensive measures to remove contaminants in water treatment facilities before the water gets distributed.

Municipal water has many uses and can be sent to residential properties, industrial facilities, institutional establishments, and commercial buildings. Because of how many people depend on municipal water, it’s essential that the water is kept clean and free from contaminants. There are several different types of water treatment facilities that are able to properly treat municipal water. This article takes a closer look at conventional surface water treatment plants and the nine steps that are used in the treatment process. 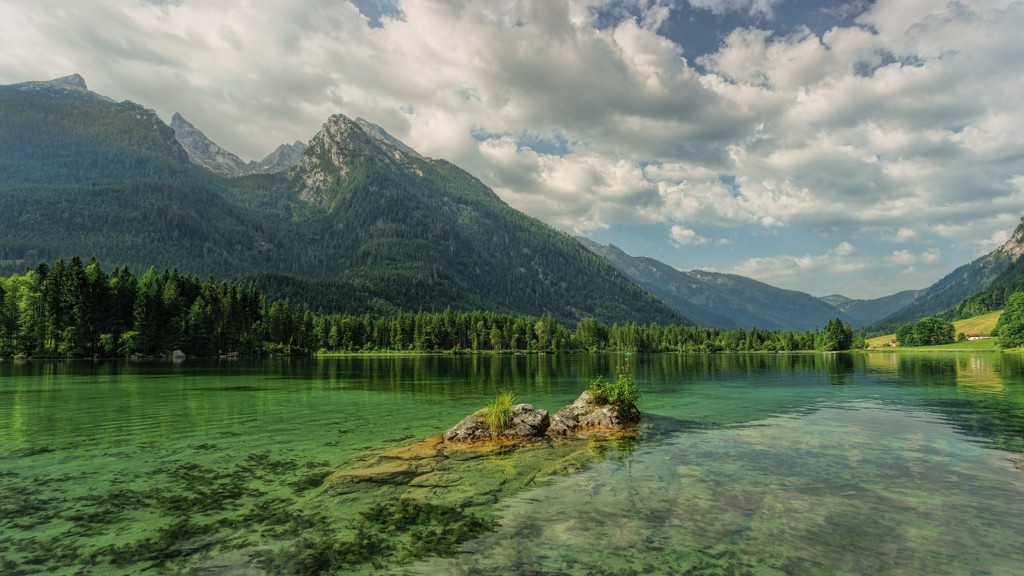 The initial step in this process involves collecting the water in question, after which it can be treated. This water is collected from some type of source, which can be a lake, reservoir, or river that’s situated nearby the water treatment facility. One or more methods can be used to collect the water from these sources and deliver it to the facility in question. In most cases, various pipelines and pumps are used to properly transport the water. If the water is located in a reservoir, it’s possible that it can be transported to the treatment plant via a river.

Once the water reaches the plant, additional pumps are used for transferring the water to the system that’s set to treat it. These treatment systems typically use the force of gravity to propel the flow of water, which should keep pumping costs down. The majority of water treatment facilities will take water from numerous sources. One method that’s commonly used by water treatment plants to improve the overall quality of the water is to blend surface water with groundwater.

Before any chemicals are added to the water, the water must be screened and strained to get rid of many of the larger contaminants. Whether water is sourced from a lake or reservoir, the water will contain at least some dissolved and suspended materials that only serve to contaminate the water. These materials could include strange odors or tastes, turbidity, color, trash, plants, trees, fish, and various microorganisms.

It’s possible for this material to be organic or inorganic in nature. The larger contaminants in the water could create issues with the remainder of the water treatment process if they aren’t removed from the water beforehand. In most cases, a sizable metal screen is taken through the water numerous times until all large contaminants have been trapped and removed. Keep in mind that these screens must be regularly cleaned and raked off to ensure that all large contaminants are caught.

Addition of Chemicals to Water

At this point in the process, chemicals should be added to the water to aid in the treatment process. The types of chemicals you use depend on the types of contaminants that are prevalent in the water. By adding certain chemicals to the water, the remaining suspended materials will clump together to create larger floc particles that are easier to remove from the water.

The chemical that’s placed in the water will react with the alkalinity to create a precipitate that won’t dissolve. The most commonly used chemicals include alum, aluminum sulfate, and ferrous sulfate, all of which are considered to be coagulants. No matter which coagulants you use for this process, it’s important that the substance is mixed well into the water if you want heavier flocs to form.

Once the coagulant has been mixed into the water, the mixing will slow to a pace that allows the developing floc to come into better contact with the water. This ensures that the flocs will increase in size. Even though the water-mixing process will slow down, it still needs to be fast enough to keep the flocs suspended in the water. The unit where these processes take place is commonly referred to as the “flocculator”.

During this process, the larger floc particles will settle at the bottom of the sedimentation basin. A special rake then scrapes the floc together to create sludge. Pumps are used to take the collected sludge to a disposal pond. The remaining water will get sent to filters to begin the filtration process. By removing the larger floc particles before the filtration process, you won’t run the risk of overworking the filters. 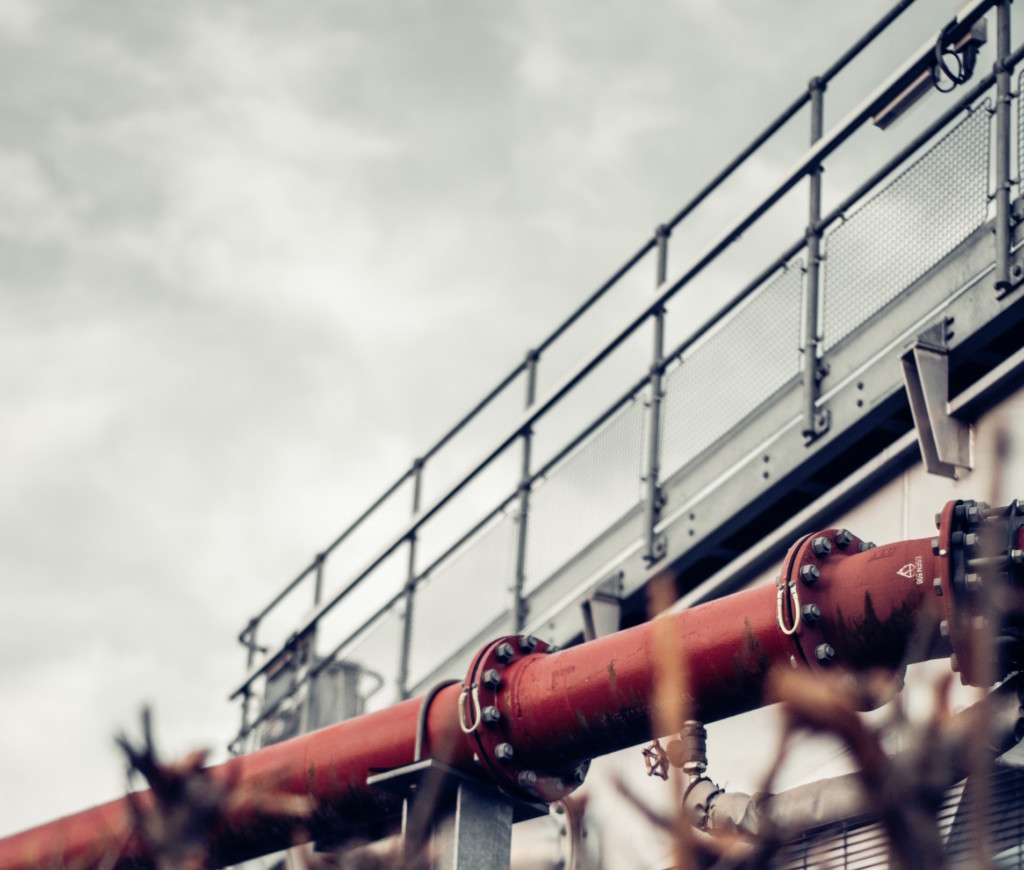 Filtration is among the most important steps in the water treatment process that’s needed to make sure that most contaminants are removed from the water in question. The clarified water from the sedimentation basin will begin to flow down from the top of the filters, which allows gravity to move the water to the drain systems that are situated at the lowermost portion of the unit.

There is a range of different materials that water treatment facilities can use to aid the filtration process, which includes everything from sand to gravel. Likely the most popular filtration material involves granular activated carbon, which can get rid of particulate matter and organic compounds. By removing organic compounds from the contaminated water, any bad tastes or odors should be removed as well.

While filtration is able to get rid of most contaminants, disinfection is also necessary if you want to be certain that 99.99% of all contaminants have been removed from the water. This step is key if you want the municipal water to be potable. The disinfection process is designed specifically to get rid of any lingering bacteria and viruses that are still present in the water. Chlorination is considered to be the most common form of disinfection because of its potency.

Chlorine is available in numerous forms, which include hypochlorite, chlorine gas, and chlorine dioxide. While chlorine gas is the most common chlorination method used in water treatment facilities, all three of these methods are capable of destroying any remaining microorganisms. The chlorine levels should be properly monitored throughout this process. If the chlorine levels are too low, the water won’t be properly disinfected. On the other hand, high levels of chlorine could create odor and waste issues with the water.

Now that the water has been effectively treated, it’s time for it to be stored until it can be used in the future. The clean water can be stored in elevated storage tanks or underground ones, the former of which should be visible around your town. All cities and towns must have ample reserves of municipal water in the event of fires, floods, or power outages.

Distribution of Water to Homes & Facilities for Use 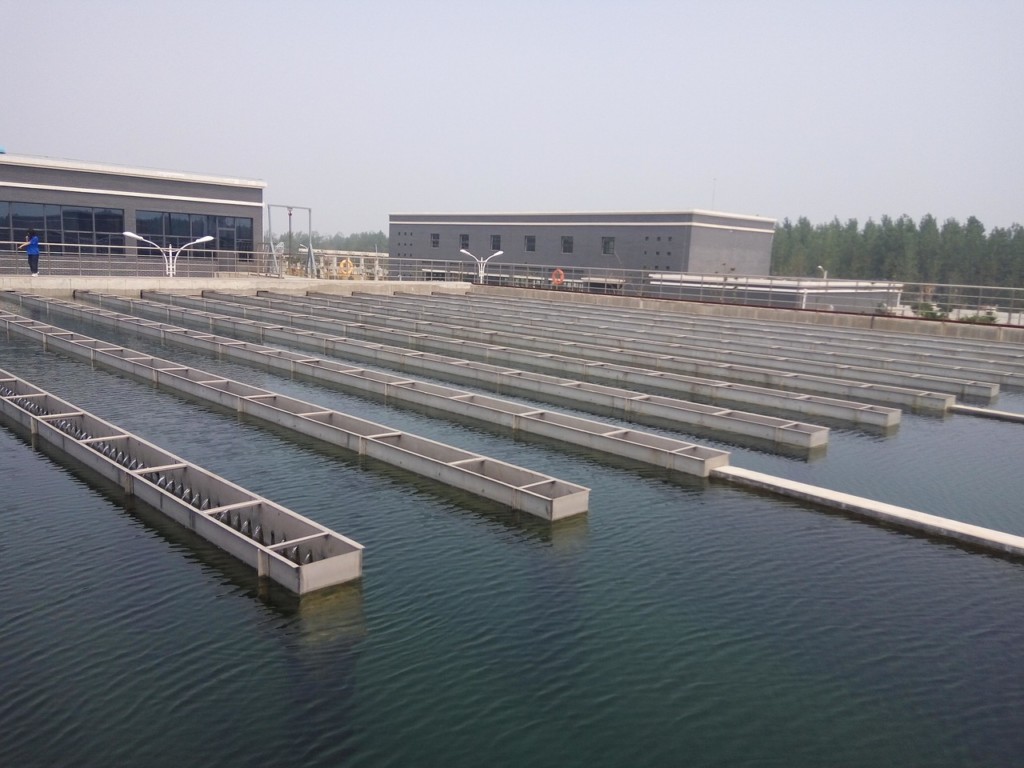 The ninth and final step of the water treatment process involves distributing the water to the homes and facilities that use it. The water is sent through a vast series of underground pipelines that are situated throughout the city. A standard distribution system will be comprised of water storage tanks, water pumps, small and large pipelines, valves, water meters, and fire hydrants. As mentioned previously, this water can be sent to industrial facilities, commercial buildings, and residential homes.

Municipal water is essential to deliver contaminant-free water to people and businesses in a given city/town. If this water isn’t treated properly before distribution, anyone who consumes the water would be at risk of being infected by a waterborne disease. To that end, conventional surface water treatment plants usually contain the equipment necessary to remove nearly all contaminants from the water.