How to Reduce Water Scaling and Prevent Damage

Whether your HVAC cooling system has started to malfunction or your boiler isn’t as efficient as you would like it to be, these issues can be brought about by water scaling, which is a serious problem that occurs when too many contaminants are found in water. Scale develops in water when calcium and magnesium compounds combine. Water that contains scale is referred to as hard water.

Scaling can occur in a variety of different locations, which include plumbing fixtures, appliances, water heaters, pipes, and other devices that use water. The chemical compounds and contaminants in the water are relatively weak and can be directly affected by movement in the water as well as temperature increases. When the water is put into motion or the temperature of the water increases, the chemical compounds will start to disengage from the water molecules that they are attached to, which results in portions of bicarbonate, magnesium, and calcium sticking to surfaces and forming into scale.

If scale is left untended, it will continue to accumulate and thicken, which can further damage the appliance or system that the scale is attached to. Keep in mind that thicker scaling is difficult and costly to remove, which is why it’s important that you take action immediately after you notice the presence of scale. This article takes a closer look at the damage that can be caused by water scaling and how to prevent it. 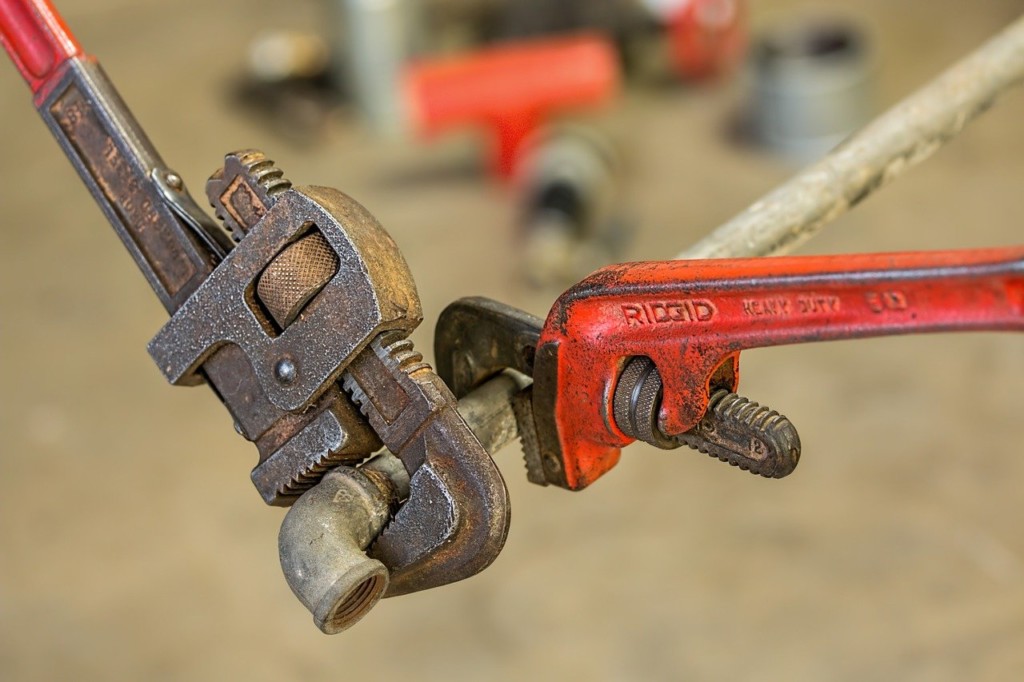 There are two primary treatments that are used to mitigate the formation of scale, which include pretreatment and chemical treatment, the former of which is the more affordable option for keeping scale at bay. While chemical treatments are designed to keep hardness from building up on system surfaces, pretreatment solutions are meant to get rid of the hardness from your water before it can get into your systems and cause scale to occur.

Pretreatment is a simple process that involves removing the hardness from your water before it has a chance to get into any of your systems or appliances. Softeners are typically used during this process and work by introducing resin beads to the water that are covered with sodium ions. The important aspect of this process is that the sodium ions that are attached to the resin beads are completely harmless.

These substances are able to chemically increase how many ions can exist in a solution. When threshold inhibitors such as phosphonates are placed into appliance or system water at low levels, the amount of hardness that the water is able to maintain will increase substantially, which means that the particles will exist in the water without forming into scale deposits. Keep in mind that inhibitors must be changed on a regular basis. After holding concentrated hardness ions for a lengthy period of time, threshold inhibitors will weaken.

To avoid any issues with scale deposits forming even after threshold inhibitors have been introduced to the water, make sure that you perform the blowdown process, which will get rid of the old threshold inhibitors as well as the hardness ions that they are currently holding. You can then place new inhibitors into the system and start the cycle anew.

These polymers change the basic shape of what hardness scale turns into, which makes the scale less stable and much more likely to properly dissolve. Crystal growth modification polymers are able to be added to water in order to prevent scale deposits from developing on system surfaces. This occurs by directly changing the shape that the scale forms into, which reduces the possibility that deposits will be able to develop. Modification polymers such as these are ideal for boiler systems and cooling towers since they can keep scale deposits from occurring on any heat transfer surfaces.

These substances alter the attractive forces that occur between scale particles, which makes it less likely that the particles will stick together and form into scale. Dispersants provide benefits that are similar to those of crystal growth modification polymers. Scale is able to develop because the hard particles in the water have different charges to them. Since opposites attract with these molecules, they stick together and form into hardened scale. Dispersants that are introduced to boiler or cooling tower water will attach directly to any scale molecules that are present in the system. When this occurs, all molecules that form the scale will obtain a positive charge, which ensures that the molecules then repel one another.

No matter what type of water treatment system you use, it’s important that you control the amount of scale that occurs in the system itself. Scale control methods are relatively simple to perform and will allow you to avoid further damage to the systems or appliances that have been damaged by scale buildup.

What are the Effects of Water Scaling on Water Facilities? 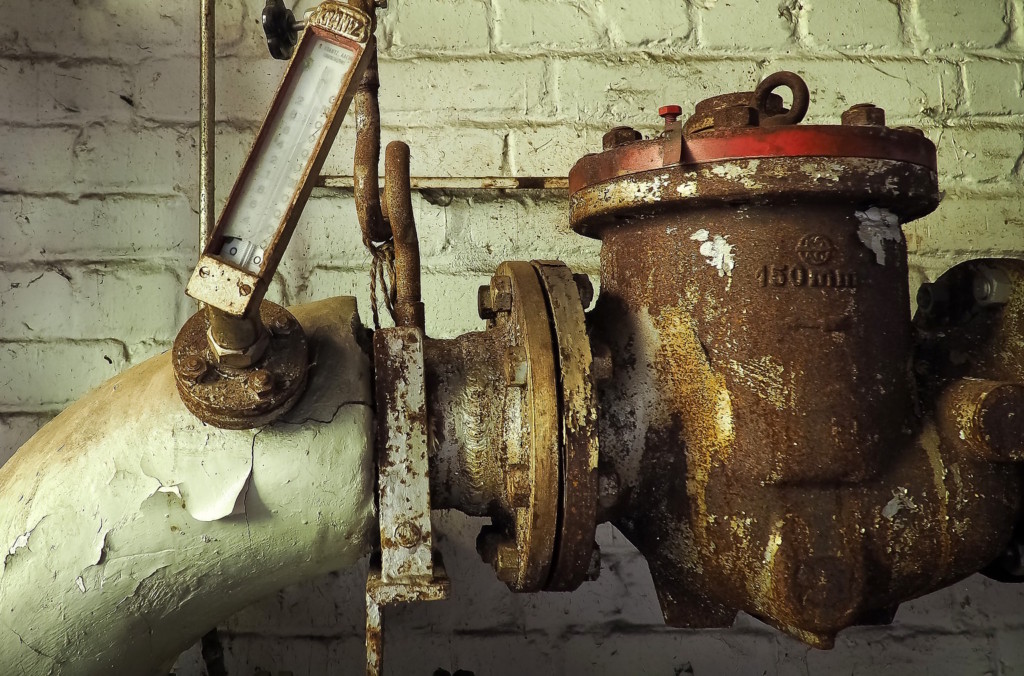 To understand how important it is to treat water before scale deposits develop, you should know more about the effects of water scaling on water facilities. When looking specifically at the food service and hospitality industry, limescale deposits cause substantial damage to steam equipment, washing equipment, and healing and cooling components. Any drains, pipes, ice machines, coffee makers, and utilities can be damaged by the development and accumulation of limescale deposits.

When hard water turns into scale deposits, these deposits can eventually bring about long-term damage to the appliances and pipes that they develop in. At first, scale deposits will mainly cause a reduction in the efficiency of the system or appliance in question. Over time, the appliances may malfunction entirely, which likely means that costly repairs would be needed. When these repairs occur, operating costs in the facility will invariably increase. In different pieces of hot equipment like steamers and boilers, the hard water will evaporate, which leaves behind minerals and concentrate.

Limescale can also develop in freezing water. The sediment within the water will form into hardened crystals, which will themselves cause ice malformation, valve scoring, clogs, and possible tube restriction, all of which can be costly to repair. Whether you’re using hot or cold appliances, scale deposits can be effectively reduced with the right reverse osmosis equipment. You could also soften the water will small concentrations of water softeners.

Before you treat your water to get rid of any hardness or scale deposits that have already formed, it’s highly recommended that you obtain a site assessment and water-quality test to determine if treatment is necessary. A water treatment professional can perform an analysis before providing you with tips and suggestions on how to effectively treat your water. When the water treatment professional arrives at your home or place of business, they will start by testing the quality of the water for hydrogen sulfide, acidity, iron, and hardness, the latter of which involves searching for any magnesium or calcium ions in the water.

The water treatment dealer will also perform a visual examination of the plumbing throughout the property. Any water-consuming appliances and fixtures will also be looked at to identify if scale deposits have already formed. The average water demand in the facility will be identified as well to make sure that the appliances aren’t less efficient. When the test results have been fully analyzed, the water treatment professional will recommend equipment for water treatment purposes, which can include everything from whole-house filters to water softeners.

Because of the amount of damage that can be caused by water scaling, it’s highly recommended that you treat water before scale deposits develop, which should keep expensive repairs at bay.