The Effects of Chlorine in Water

Water is among the most important substances in the world since every plant and animal requires it in order to survive. This liquid can also be used to clean and break down waste materials. If you want to be healthy for years to come, consuming filtered water is critical towards maintaining a healthy lifestyle. Nearly 60 percent of your body is comprised of water, which means that drinking water will support important functions in your body like circulation, digestion, the transportation of essential nutrients, and the creation of saliva.

Contents hide
1 How Do We Chlorinate Our Waters?
2 Can Chlorine in Drinking Water Be Dangerous?
3 Health Effects of Chlorine in Water
3.1 Food allergies
3.2 Asthma symptoms
3.3 Rectal and bladder cancer
3.4 Various congenital abnormalities
3.5 Poor smell and taste
4 Removing Chlorine in Water

Eating different foods with high water content is a great way to control the amount of calories you consume. The water that you consume will also keep your kidneys functioning properly, maintain bowel functions, energize your muscles, and improve the appearance of your skin. If water isn’t filtered correctly, it’s possible for contaminants to get into the water. The main contaminants that can be found in drinking water include nitrate, protozoa, bacteria, viruses, and microorganisms. It’s also possible for small amounts of chlorine to exist in the water that you drink.

On a short-term basis, drinking small amounts of chlorine shouldn’t be harmful to your health. However, it can have long-term effects, which range from food allergies to birth defects. If you want to remove chlorine from your drinking water, there are steps that you can take to measure chlorine concentration before effectively removing it from your water. Throughout this article, you’ll learn about the possible harmful effects of drinking water that contains chlorine.

How Do We Chlorinate Our Waters? 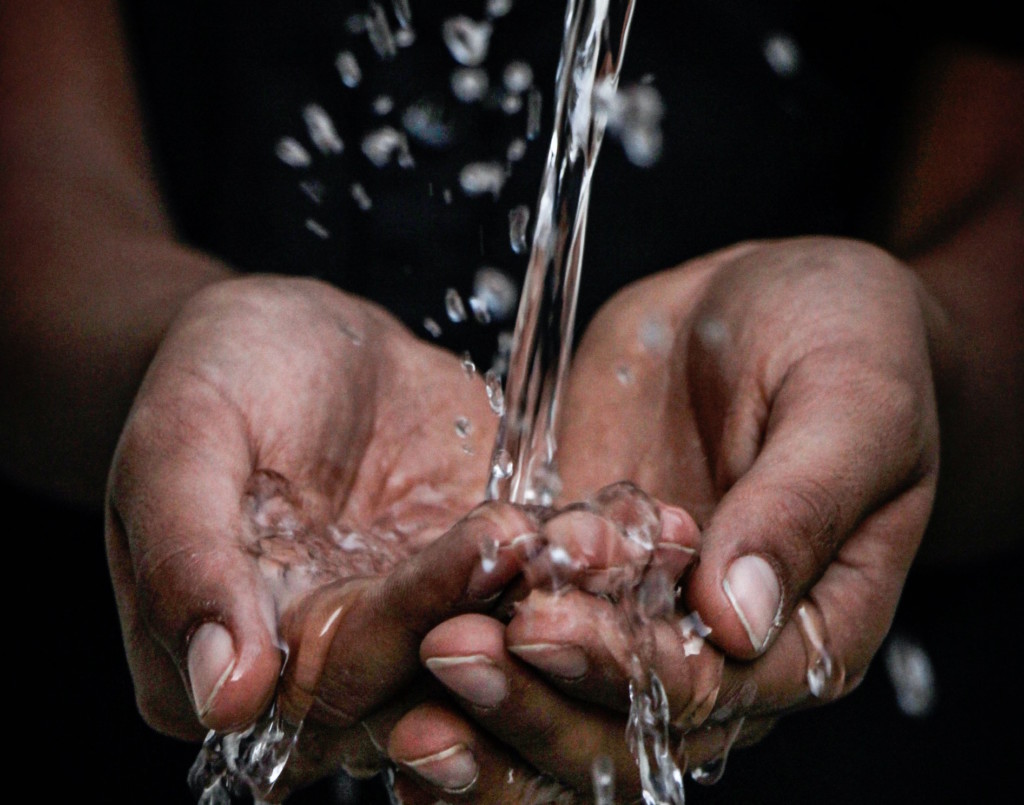 There are a wide range of methods and techniques that can be used to disinfect water that contains harmful contaminants. One of the more effective techniques is chlorination, which was initially used hundreds of years ago. Microorganisms are found in the raw water that’s situated in groundwater, lakes, and rivers. Even though some of these microorganisms can be beneficial to a person’s health, other microorganisms are considered to be pathogens that have the ability to bring about waterborne diseases for anyone who drinks them.

Chlorination is a method that can disinfect water with high amounts of microorganisms, which properly inactivates any pathogens in the water. Some other disinfection processes include filtration, coagulation, and sedimentation. When chlorinating the water, it’s possible to use either chlorine or substances that contain chlorine to oxidize and disinfect the water, which allows the water to be used as a potable water source.

Water chlorination started in Sweden during the 18th century and was developed for the purpose of removing odors from water. At the time, these odors were considered to be the main reason that diseases were transmitted. Chlorine continued to be used solely to remove odors from water until 1890, which is when chlorine was identified as a highly effective tool for the purpose of disinfection. Chlorine was first used for disinfection purposes in Great Britain before reaching Canada and the U.S. in the early 1900’s. Over the next century, chlorination became the most popular disinfection method and is now used for water treatment in the majority of countries across the world.

The reason why chlorination should be used in treatment plants is because chlorine has proven to be effective at getting rid of viruses and bacteria. Despite the efficacy of chlorine, not all microbes can be inactivated by this substance. At the moment, certain protozoan cysts are unable to be eliminated with chlorine. If this particular issue isn’t a cause of concern, chlorination is likely your best option when attempting to disinfect water. Chlorination is easy to perform and is considerably less expensive than other forms of disinfection.

You can also choose to add chlorine to the water after sedimentation but before filtration, which helps to remove colors from water, get rid of any remaining odors, and control biological growth. If you use chlorination as the last step of the water treatment process, you can remove most of the remaining contaminants from the water. In the majority of water treatment plants, chlorination is performed as the last step for treating water. Since the water has already been filtered by this point, you won’t need to use as much chlorine, which can help you save money.

Can Chlorine in Drinking Water Be Dangerous?

Even though chlorine is used to treat water and make it safe to drink, it’s important to understand that chlorine is still a chemical and can lead to some long-term health effects if you regularly drink water that contains too much chlorine. Since there is hardly any chlorine in drinking water, it’s not toxic to drink water that contains chlorine. The majority of municipalities choose to add chlorine to water because of how effective it is at killing bacteria and viruses. Swimming pool facilities commonly choose to add chlorine to their water for the same reason.

While there are other methods of disinfection, chlorine is able to disinfect water by breaking down the chemical bonds of the molecules that exist within viruses and bacteria. In the 1800’s, water went largely untreated until it was discovered that chlorine could be used as a disinfectant. Before this occurred, waterborne diseases like dysentery, cholera, and typhoid were common. Even though ultraviolet light is a great way to disinfect water without using chemicals, chlorine is still considered to be the most inexpensive option when used for large-scale treatment.

Despite its heavy use, chlorine doesn’t cause much harm to the environment. Chlorine can react with other types of chemicals once it has entered the water or air. When combined with inorganic materials in the water, chloride salts can be formed. When chlorine combines with organic materials, chlorinated organic chemicals will form. If animals have extended exposure to chlorine in the air, their respiratory systems, immune systems, and heart health may be adversely affected. Despite these issues, the harm caused to the environment by chlorine is low compared to other water contaminants.

Health Effects of Chlorine in Water 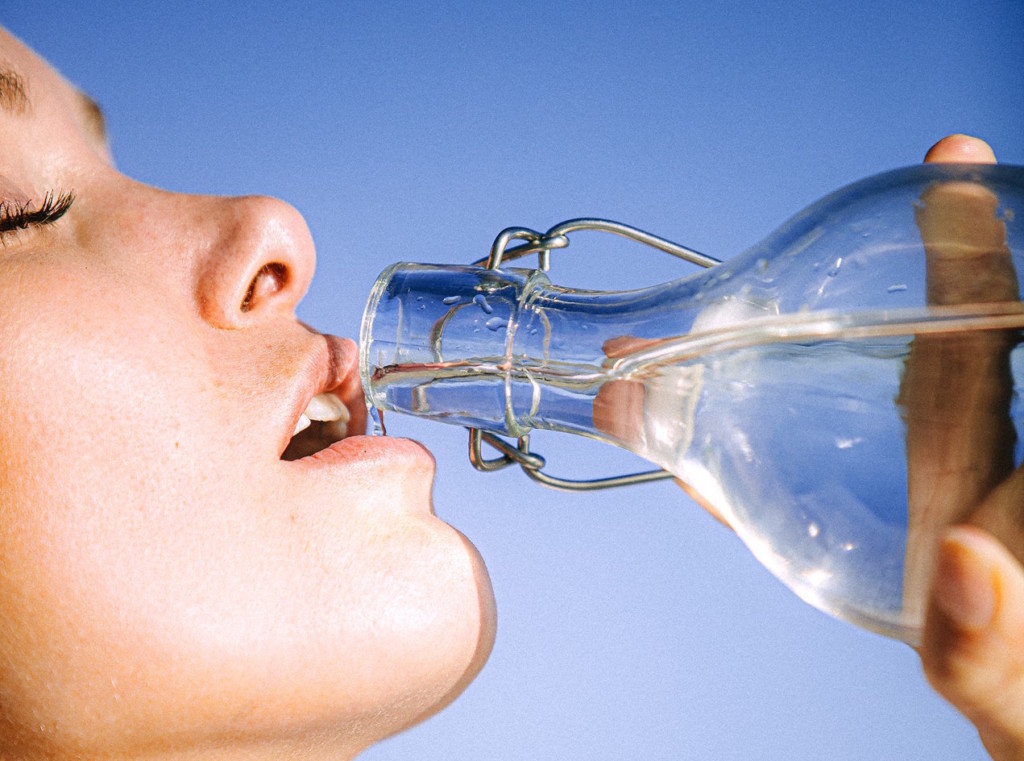 If you regularly drink tap water that contains a significant amount of chlorine, there are some health effects that you should be on the lookout for. The majority of these effects result from the development of trihalomethanes, which include chloroform. THMs develop when chlorine reacts with the organic particles present in water. When consumed on a long-term basis, some of the harmful effects that you could encounter include:

Chlorine has been found to aggravate asthma symptoms and create an increase in respiratory problems. The respiratory symptoms that can worsen with too much exposure to chlorine include chest pain, wheezing, difficulties with sleeping, and a shortness of breath. A worsening of these symptoms can occur when swimming in chlorinated water or when showering in chlorinated water. When taking a shower, chlorine could be breathed in from chlorinated steam or absorbed directly into the skin.

The THM byproducts that occur as a result of chlorination can increase the risk of suffering from rectal and bladder cancer. However, the studies that have been performed on this subject have only found a small link between chlorine and cancer risk.

The trihalomethanes that are found in chlorinated water can adversely affect women who are pregnant. Children may be born with such birth abnormalities as ventricular septal defects, poor brain development, or cleft palates.

Though not exactly harmful to your health, water that contains too much chlorine can have a poor smell and taste, which would make the water unpleasant to drink. If your water smells and tastes bad, you’ll be less likely to drink it, which means that unhealthy beverages could take the place of water.

If you believe that your water contains too much chlorine, there are ways to remove chlorine from water. Likely the top method for getting rid of the chlorine in your water is to use carbon. When carbon is used in the water, it can bind directly to chlorine, which eliminates the chlorine and ensures that it doesn’t enter your home. Carbon can be used in a variety of different filtration systems, which extend to drinking water systems, water refiners, water softeners, and whole-house filtration systems.

By treating your water with one of these systems, you should be able to consume water and take showers without needing to worry about the harmful effects of chlorine. The top filtration systems are available through a number of different providers, the most reputable of which include Ecowater Systems, Aquasure, and General Electric. Speak with one of these providers to determine which filtration system is right for you.

Even though chlorine has proven to be effective at ridding water from harmful contaminants, it’s still important that you don’t consume too much chlorine. By limiting your intake of chlorine, you should keep some of the more harmful side effects at bay.