﻿﻿If you live in a more rural location, you may have access to well water, which comes directly from a private well that’s located on your property. While the water that’s delivered by a local utility company is treated before it gets sent to residential homes, the same isn’t true with well water. Because well water is derived from groundwater, there are many potential sources of groundwater contamination that could adversely affect your well water. Visible sediment is a common issue with well water that’s most prevalent for people who live in sandy areas along the coast.

Even though most sediment and contaminants shouldn’t cause serious health issues, it’s still highly recommended that you treat your well water if you want to improve the appearance, taste, and smell of the water. Aside from standard sediment, it’s common for bacteria and other contaminants to seep into the well water from improper waste disposal, a nearby septic system, leaky silos, and garden chemicals. The right water treatment system can help you remove nearly all of these contaminants from your well water before you drink it.

Even though there are numerous treatments that can be used for well water, the standard treatment option involves shock chlorination, which is a simple process that uses liquid bleach to eliminate most of the contaminants that can be found in well water. As long as you use the right amount of chlorine and understand how to perform the shock chlorination process, your well water should be properly disinfected after this treatment has occurred.

The shock-chlorination treatment process is simple and straightforward. In most cases, the chlorine you use should be placed in the cold water portion of your household plumbing, after which it will become circulated into the well water. Keep in mind that chlorine is automatically lethal to most bacteria when the right amount is used. If you increase chlorine levels to a specific amount, most of the contaminants in your well water should be eradicated. This article takes a closer look at the shock chlorination treatment and how effectively it’s able to treat well water.

What is Well Water? 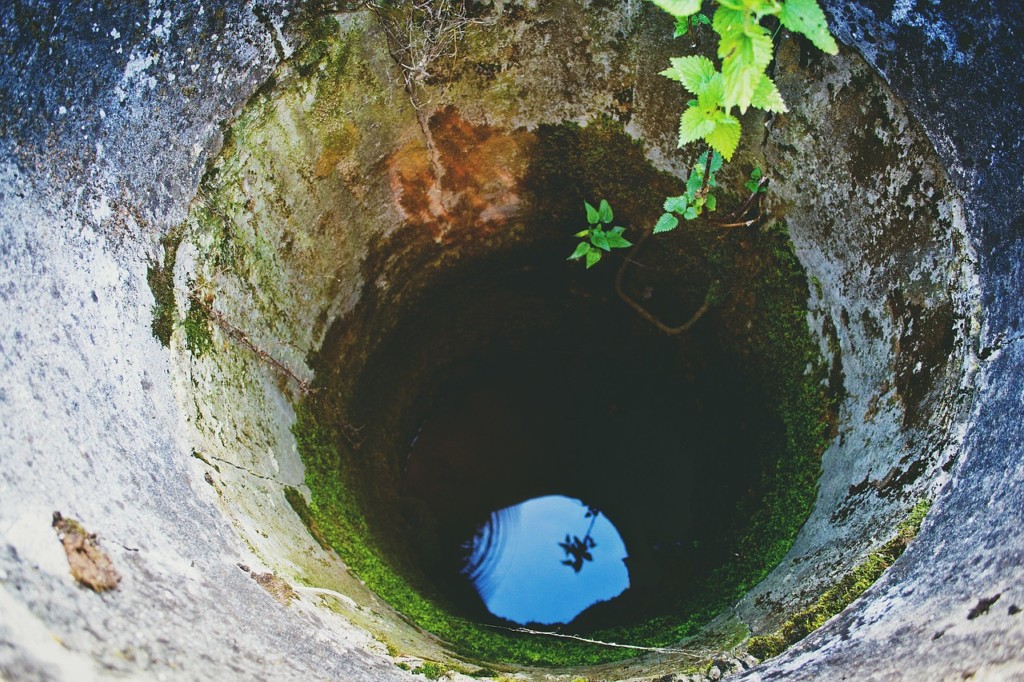 When you drink water or take a shower, the water that you use can come from one of two sources, which could be a private well or a nearby water utility company. Even though most residential homes get water from a water utility company, nearly 15 million properties across the U.S. use well water.

When a home receives water through a utility provider, the water is sent through a series of pipes that are spread throughout the city. Well water is completely different in that the water is pumped directly into your home from a well by using a standard jet system. This well should be positioned nearby your home.

Well water can be used to take showers or wash dishes. If you want to drink well water, it’s important to understand that the quality of well water can differ from that of public tap water. While public tap water is monitored by the EPA to ensure that the contaminant levels are low, well water isn’t monitored, which is why you should focus on properly maintaining the well and treating the water to make sure that you obtain clean water that’s safe to drink.

There are many different contaminants that can seep into your well water, which can be derived from human activities or naturally occurring sources. The most common contaminants of well water are microorganisms, which include bacteria, parasites, and viruses. If you drink well water that contains high levels of microorganisms, you could suffer from a gastrointestinal illness or infection. It’s common for water runoff from snow-melt or rainfall to contaminate well water with microorganisms. These contaminants can also reach well water from underground storage tanks that have leaked or from the effluent in septic leach fields.

Nitrite and nitrate are two additional contaminants that are typically found in chemical fertilizers, animal waste, and human sewage. High levels of nitrite and nitrate are particularly dangerous to infants who are less than six months old, which is why water treatment is essential. Some of the additional contaminants that can be prevalent in well water include:

All of these contaminants are dangerous when consumed in high amounts. The shock chlorination treatment mentioned above should be able to eradicate the majority of these contaminants to ensure that you have clean water that’s safe to drink. If your well water contains high levels of bacteria, drinking this water would place you at a higher risk of developing a viral or bacterial infection. The main symptoms of these infections include abdominal cramping, diarrhea, and a fever.

The runoff that comes from nearby farms could cause harmful pesticides to get into the soil and eventually infect your well with nitrites and nitrates. To understand how significant of an issue this is, more than 40% of wells that were randomly selected and tested in Wisconsin ended up containing high levels of bacteria and nitrates.

Even though there are many sources that can cause well water to become contaminated, there’s no reason that this water can’t be as clean and pure as public tap water. However, you’ll need to maintain the private well yourself if you want to be able to drink water that’s free from contaminants. While there are several methods that can be used to treat well water, likely the most effective is shock chlorination treatment. However, the technique you use depends on your preference and which option would be best for your home.

Shock chlorination is considered to be a highly effective treatment when you want to temporarily get rid of most of the contaminants that have seeped into your well water. However, it’s possible for bacterial contamination to reoccur in the event that the source of the contamination persists and isn’t tended to. These sources include:

Even though this treatment is highly effective at getting rid of bacteria and similar contaminants, it’s not recommended for treating any recurring bacterial issues. Instead, it’s important to locate the source of the contamination so that it can be taken care of by a reputable and licensed well contractor. You could also think about installing a continuous disinfection system if you’re unable to locate the source of the infection.

Other Ways to Treat Well Water

While shock chlorination treatment is the most common solution for treating well water, there are several other ways that you can treat well water before using it in your home, the primary of which include reverse osmosis and UV light treatment. Keep in mind that both of these systems can be combined if you want to make sure that the vast majority of potential contaminants are eliminated from your well water.

In many cases, reverse osmosis systems are ideal when you want to remove contaminants from the water that’s sent into your home. These systems consist of a semipermeable membrane that the water is pushed through, which ensures that most contaminants are left behind. Along with bacteria, reverse osmosis systems are effective at getting rid of dissolved salts in water, which include magnesium, potassium, and chlorides.

If you would like to prevent contamination in the first place, there are several things you can do. If your well has yet to be constructed, keep in mind that state regulations require that wells are built 100 feet away from any contamination source. There must also be 50 feet between the well and any sewer lines and septic tanks. Your well water could be contaminated by coliform bacteria in the event of a missing grout seal or a poorly positioned well cap. You can prevent these issues by obtaining an annual test for coliform bacteria.

If you find that a small amount of coliform bacteria are in your well water, a sanitary well cap would likely get rid of these issues. You can also sanitize the well yourself by adding around 100ppm of a bleach solution to your well water whenever you open the system for repair or maintenance work. Make sure that you test this water for chlorine after sanitizing the water, which allows you to determine that chlorine levels are ideal and match the 100ppm recommendation. 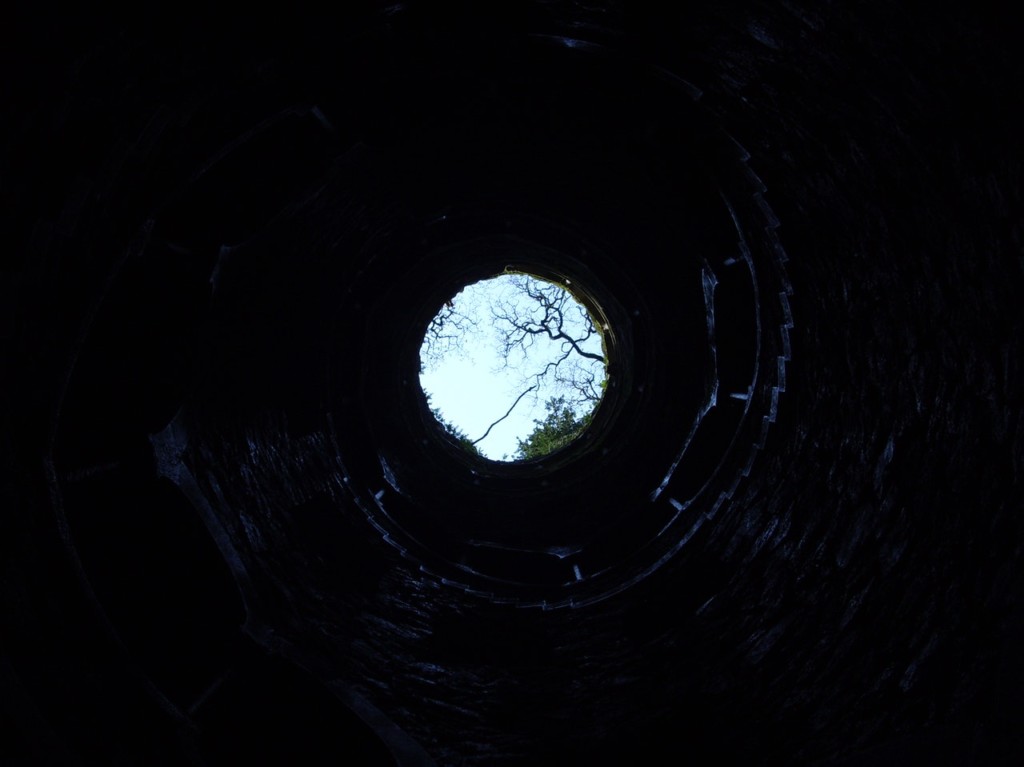 While it’s important that you treat your well water, you should consider having the water tested before performing any treatments. Performing these tests can help you understand how contaminated the water is and what types of treatments would work best. The main sources of well-water contamination in rural areas include:

Contamination is more likely to occur with older wells that are positioned in shallow aquifers. It’s easier for shallow aquifers to be contaminated by groundwater. On the other hand, deeper wells are taken through impermeable layers in the ground, which reduces the amount of surface water that gets into the aquifer.

If your current home provides you with access to a private well, receiving water from a well can be just as beneficial as the alternative. However, it’s important that you take steps to regularly maintain your well and treat the water inside if you want your home to benefit from clean water.